*CASSIDY: INFRASTRUCTURE DRAFT NOT VERSION THAT WAS AGREED ON

Putting aside that the “moratorium” is itself wildly unconstitutional and illegal, it’s a backdoor means of bankrupting the owners of those properties and forcing them to sell so megafunds like Blackrock can buy up all the rental housing stock for cheap. https://twitter.com/Heminator/status/1420767905633931267

A policewoman in Sweden has gone viral after she responded to “protesters” attacking her vehicle by taking a knee, crying and holding a sign that read “white silence is violence.” 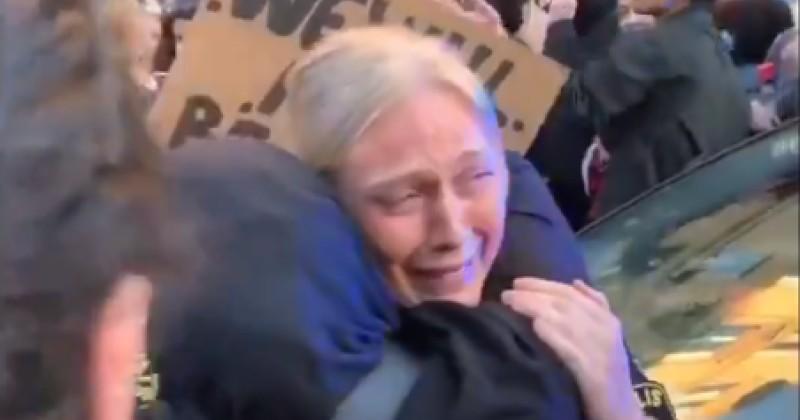 A video clip shows the woman submitting to the mob before she is hugged by black people and a Muslim woman wearing a hijab.

“The significance of the gesture is reinforced by the fact that her police car was attacked the seconds before she chose to submit to them,” commented Tobias Andersson.

Similar scenes have been documented in both the United States and the United Kingdom.

In each case, the person prostrates themselves so as not to get harassed, or in the worst case scenario, physically attacked by the mob.

This happened while their colleagues were literally being chased down and beaten. Total capitulation. pic.twitter.com/5dUam8arck

Two police officers in London were photographed kneeling before protesters yesterday, only for their colleagues to be violently attacked moments later.

If these are the people tasked with the responsibility of defending us from violent mobs, is it any wonder that armed vigilante groups in America are now protecting their own neighborhoods?

Meanwhile, Sweden maintains its reputation as the most embarrassing, pathetic country in the world.