Nationally, suicides are the largest portion of "gun deaths". The rate is highest among rural, white, elderly males.

So, little wonder that 57% of the "gun deaths" this meme mentions are suicides. 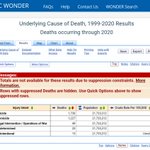 To control 41% of gun homicides, target men in their early adulthood and living in metropolitan areas.

Who Gets Shot, Who Does the Shooting

The fact is that gun violence is not uniform, universal, or even close. This simple statistical fact makes one-size-fits-all legislation positively inept at trying to reduce gun violence in any meaningful way.

As with any problem, it is best to break it down (eat the elephant one bite at a time) and prioritize the single worst part of the problem (do the tough thing first). Every other approach produces limited or no results.

Looking at just firearm homicides – and noting the close correlation between gun homicides and intentional gun wounding – we see some things that criminologists have been saying for decades but which no politician wants to tackle. The basics are that for gun homicides:

In short: urban, young, male and likely running with street gangs (more on that later). 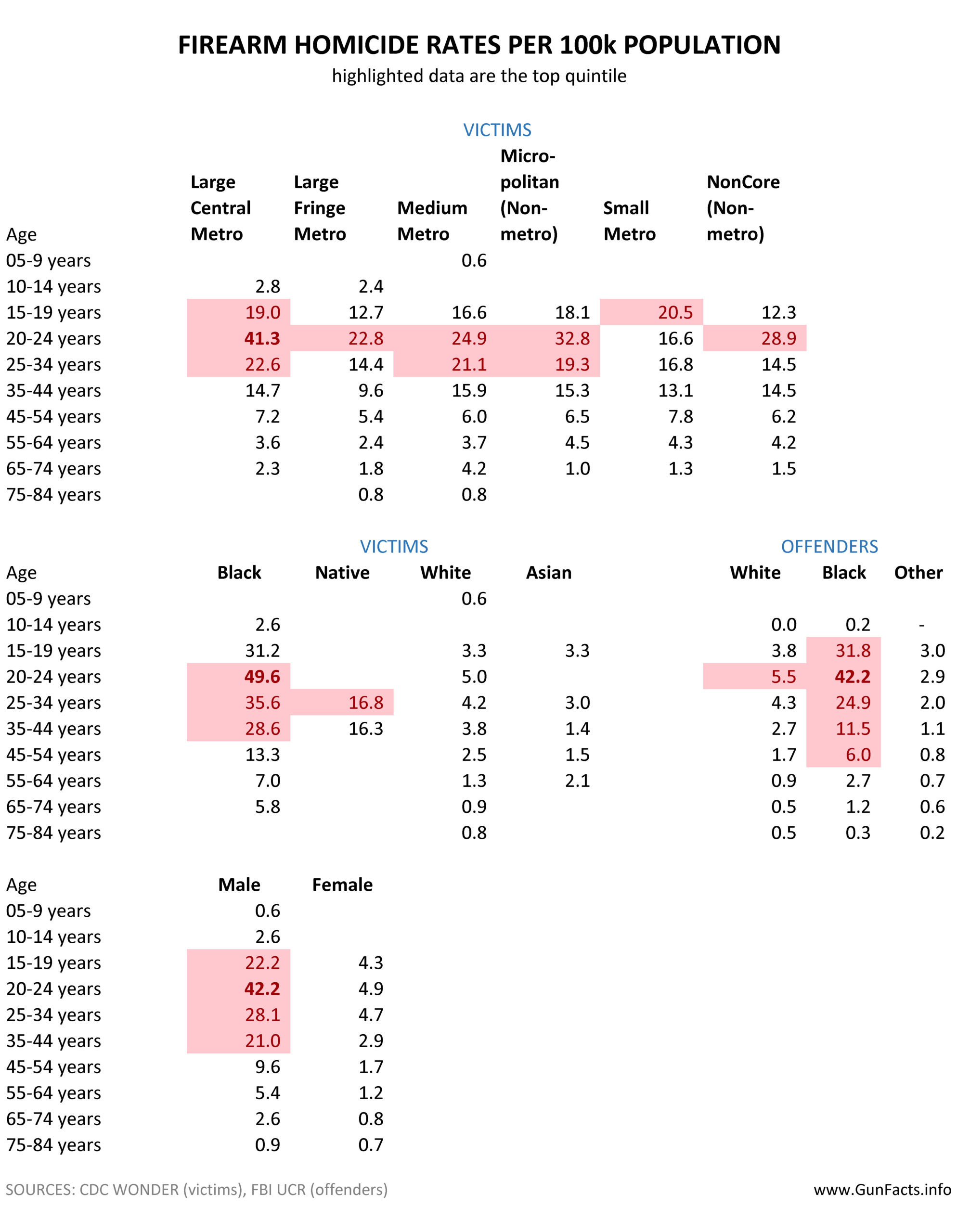 click to open a large, sharable version of this table

Since there is no way to do a visualization on the many data categories, we’ll instead provide this highlight chart. Each of the highlighted cells are in the top 20% of the range for their category.


What is depressingly common in the data and literature is that the highest rates of gun violence are between black offenders and victims. This is largely confined to metropolitan areas, which means a high correlation with street gang activity.

The gang aspect cannot be ignored, though concise data on the intersectionality is hard to come by. As noted before, there is a lot of inter-gang violence that [due to reporting quality requirements] can only be classified as “unknown,” “argument,” or some such.

That being said, the Nation Gang Center tells us that gang members are skewed on the adult side (67% above age 18) and street gang participation rates are higher in urban areas. Hence, gun homicides among young, urban men running with gangs remains the top priority.

Just as we were finishing grinding our numbers, a new study 1 hit our desk. Though we are still reviewing the paper, this pair of pies caught our eye. 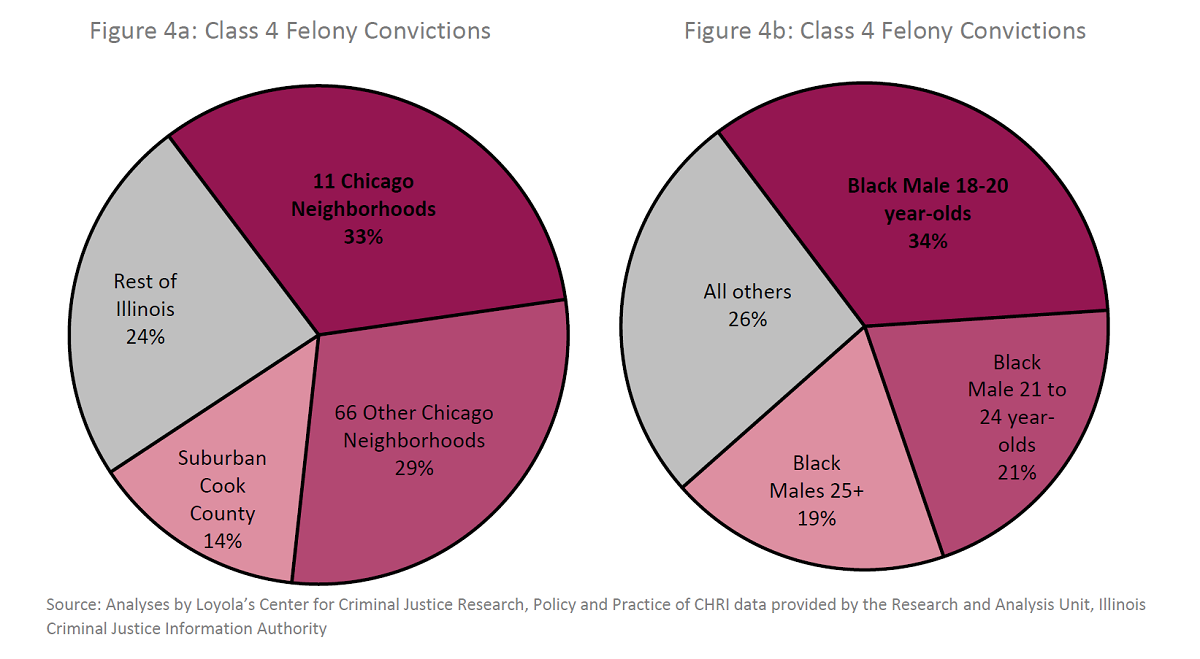 This pattern in the state of Illinois echoes what we have already said. In their case the lion’s share of gun possession arrests – which is likely a good proxy for either or both gun violence and street gang activity – is concentrated into a handful of neighborhoods, in one major metropolitan area, and predominately among men between the ages 18 and 24.

None of these shooters buys guns at retail.

This, more than any other statement, needs pondering. Studies of poor neighborhoods and street gangs, as well as decadal felon surveys by the Bureau of Justice Statistics, show that people living in poor inner-city neighborhoods get their guns from street sources; even nationally, not just in urban centers among the poor, a minimum of 40% of crime guns come from street sources. Yet nearly all gun control proposals involve restricting access at retail sources, which account for only 11% of crime guns.

“Prioritize the single worst part of the problem (do the tough things first).” Hence, most modern gun control proposals are failing to address the single largest part of firearm violence.

The question then becomes: “What makes young urban males more likely to commit gun violence than everyone else?” We won’t explore that today, but let’s say that all factors that shape subcultures – government policy, human indifference, substance abuse, et cetera – are the analysis points. You need to address the culture, the one that condones or even encourages violence, to prevent the violence from occurring.