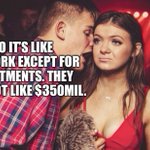 Tech Bubble 2.0: Software Stock Valuations Are Back To Year 2000 Levels

Will the government pull the anti-trust trigger on tech stocks, or won’t it?

That’s the question a growing number of investors are asking, and certainly need to know the answer to, before continuing to buy the Nasdaq, and especially the 5 FAANG stocks that have account for a significant portion of the market’s upside in the past decade.

To be sure, regulatory concerns facing tech stocks are hardly new. Back in April 2018, Bank of America laid out  “10 reasons why global investors should reduce tech allocations in 2018”, pointing out something stunning – technology is the most lightly regulated sector: just 27K regulations (Chart 7) for tech; by comparison manufacturing regulated by 215K rules, financial sector by 128K.

Curiously, despite an escalating war of words between Trump and the world’s richest man, Amazon CEO, Jeff Bezos, and despite the threat of a Congressional crackdown on companies from Apple to Facebook and Google, equity investors continue to remain optimistic about the regulatory outlook for technology stocks.

Perhaps that is in response to investors’ overall optimism about the market, which is trading just 2% below its all time high despite a bevy of potential macro shocks on the immediate horizon: even though Presidents Trump and Xi are scheduled to meet at the G-20 summit in two weeks, where little progress is expected, after lagging the S&P 500 by 700 bps in May, a basket of US stocks with high China sales has outperformed by 360 bps so far in June. Investors are also  expecting support from a dovish Fed, and expect a cut at the July FOMC meeting.

Of course, while overall optimism may be explained, it is not justified, just like semiconductor stocks hitting all time high just over a month ago before crashing into a bear market as a result of the Huawei debacle.

Meanwhile, the storm clouds for tech are gathering, and as Goldman’s chief equity strategist David Kostin writes, “politicians on both sides of the aisle have intensified their focus on antitrust issues. The FTC and DoJ are reportedly launching investigations, the House Judiciary Committee has launched an antitrust probe of “big tech,” and several presidential candidates have outlined proposals to regulate large corporations.”

Nonetheless, markets have reflected little concern. Info Tech and Comm Services fell by 2% and 3% on Monday, June 3, following press reports over the weekend about a DoJ investigation of Google, but both sectors have rebounded since then (+9% and +5%, respectively, compared with +5% for S&P 500).

But while investors may be complacent, due to the heated political landscape and the rise in US equity market concentration, don’t expect regulation to stop being a persistent headline risk.

Some other observations from Goldman: the number of listed US companies has declined from 8,000 in 1996 to roughly 4,000 today. At the same time, concentration in the equity market has risen above the long-term average with a group of “superstar” firms capturing large shares of industry sales, high bargaining power over consumers and workers, and elevated profit margins.

Since uncertainty surrounding potential litigation is high, while investor euphoria is still prevalent, Kostin warns that historical precedent suggests that investors should reduce exposures to targeted companies in the event of an antitrust lawsuit. And while the impact of regulation on today’s stocks will be case-dependent, Goldman finds that three commonalities stand out among the historical examples:

In short: if and when regulatory intervention finally picks up, tech could easily go from first to worst, because as Bank of America showed a year ago, virtually every industry bubble was popped by regulation:

Because outside of potential government intervention – all quite destructive and highly unpredictable – an even greater risk is being ignored by all investors – elevated valuations, which may pose an even greater risk to Tech stocks in general and Software firms in particular.

As Goldman warns, the S&P 500 Info Tech sector “carries a valuation premium two standard deviations above its 10-year average across a range of metrics” (page 20).

Meanwhile, within Tech, Software stocks trade with a particularly large valuation premium; in fact one has to go all the way back to the (first) tech bubble to find greater investor euphoria as the median Software stock currently trades at 6x EV/Sales, nearly the highest multiple since the peak of the Tech Bubble, versus 2x for the Russell 3000 median.

Such nosebleed valuations of Software stocks reflect what Kostin calls “the voraciousness of investors today for stocks with strong secular growth prospects. Growth stocks have outperformed dramatically in 2019, with our long/short growth factor returning 7% YTD and 22% since the start of 2017.”

To be sure, such a dynamic is not unusual late in the economic cycle, when investors are typically willing to pay a premium for idiosyncratic growth as economic activity decelerates. In addition to growth, investors have embraced software firms due to their above-average profit margins as well as their relative insulation from trade conflict.

And yet, here is something most investors may not know: the global tech sector, outsized margins and all, is already in an earnings recession as the following BofA chart shows.

In the end, every party eventually comes to an end. All that is needed is a spark, and that may come when the DOJ – having already warned investors of what is coming – finally announces a crackdown, anti-trust or otherwise, on what have been the darling stocks for much of the past decade. And just as the government burst the tobacco bubble first, followed by the biotech bubble, the countdown is on for tech to follow.

Or, as BofA’s Hartnett summarizes all of the above, “DC now taking on tech with bipartisan Congressional & popular support; US tech & ecommerce represent 28% of US profits, are least regulated sector, account by far for most share buybacks, and have been market leadership for past 10 years.” And yet, “anti-trust/anti-buybacks/section 230/GDPR-in-US all forthcoming policy moves to fight deflation & inequality, reduce concentrated power & wealth.” Translation: as the world becomes even more populist, the public’s anger will inevitably fall on one sector – the one which has performed the best since the last recession – technology.

Tech Bubble 2.0: Software Stock Valuations Are Back To Year 2000 Levels