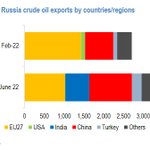 The UK’s so-called “powers that be” are betraying Brexit through a mix of social engineering and mock elections in order craft the false narrative that it’s actually the “people’s will” to remain in the EU.

By now it’s obvious enough that PM May represents the vested interests of the UK’s so-called “powers that be” by betraying Brexit and doing all that she can to prevent her country’s exit from the EU. Her failed attempts to seal a deal with the bloc for a so-called “soft Brexit” were never anything more than a ruse because her people vote for a clean split from the EU that was later deceptively described as a so-called “hard Brexit” in order to invent the idea of its foil that she was then tasked with implementing as a “publicly plausible” time-buying measure. In reaction to the expected opposition that she’s encountered in parliament after humiliating her country on the world stage and over-complicating what would otherwise have been a manageable divorce, she’s now dangerously flirting with the idea of second referendum on whether to honor the spirit of Brexit or not.

While the public at large is being led to believe that this is just the latest chaotic outcome of her bungled Brexit, it’s very likely that this was planned long ago for official introduction into the discourse at large at this pivotal moment after the UK has already passed the original deadline for leaving the EU. The only reason why the masses aren’t actively revolting is because they’ve been slowly preconditioned to accept this scenario through the extensive social engineering techniques that the state has been experimenting on them with over over nearly the past three years. Not only was Brexit “delegitimized” before the vote as the “fringe fantasy” of “racists, fascists, and white supremacists”, but this narrative was repeated ad infinitum after the referendum in order to instill doubts about the “morality” of this outcome. When that didn’t succeed, active efforts were undertaken to sabotage it from the very top levels of the state, ergo the antics of PM May.

The state has engaged in so much incessant fearmongering about the socio-economic consequences of Brexit that some polls suggest that the majority of voters would nowadays prefer to “Bremain” if another election were to be held, a scenario that had originally been presented as a “fringe fantasy” but is actually becoming a reality given the latest developments. The electorate wouldn’t have reached this “conclusion” on their own unless they were guided to it through the social engineering that they were subject to since the referendum, though opinion polls don’t hold political weight in a self-professed “democracy” unless they tangibly translate into votes during an official election, which is why a second referendum might be held to “legitimize” the efforts to betray Brexit once and for all. It doesn’t matter to the “masterminds” behind this plot what the domestic consequences of going against the people’s original will might be since all that they care about is the immediate objective of stopping Brexit.

That said, the only foreseeable way to offset this scenario is if responsible members of the UK’s permanent military, intelligence, and diplomatic bureaucracies (“deep state”) intensively work behind the scenes to ensure that Brexit does indeed happen like the majority of voters originally wanted. It can only be speculated how this might occur in practice, but there’s evidently a possibility that it could succeed seeing as how visibly divided the British government is over this issue. The globalist forces aligned with the financial interests of the City of London clearly don’t want Brexit to happen, but the nationalist ones representing much of England understand the need to let democracy run its course regardless of socially engineered “voters’ regret”, though the country is now so divided along geopolitical lines (especially with respect to Scotland’s “Bremainers”) over this issue that its very unity is now in question no matter what ultimately happens, which might have been the globalists’ goal all along.