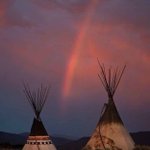 There is power in the pride of the spine. There's a reason these words resonate with you. Books change everything. This world is ready for that. 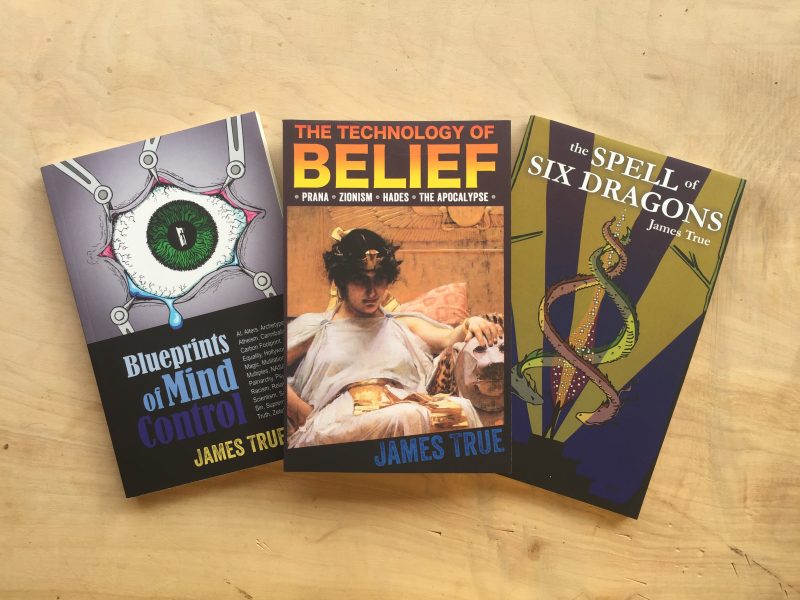 What a year in 2019! The research and connections I've made have been astonishing. I've developed a groove with my audience. We even formed a tribe. T...

@jarue369 Support him people and more important, LISTEN AND HEAR with open minds. James True may just save you and your family

What's the betting that @realDonaldTrump has a secret personal Twitter account? I wonder if anyone would every be able to guess which one it is…

I am soliciting subscribers to my YouTube channel. Can you help me out? 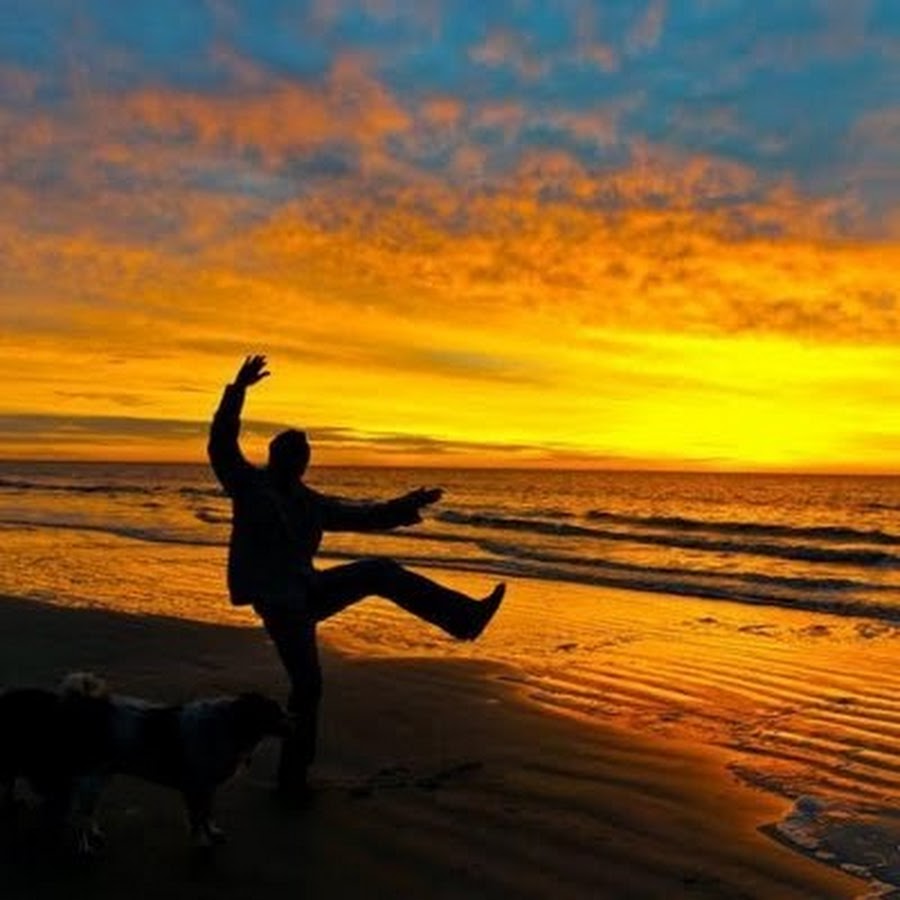 We have much to unlearn.

The Capital of Punishment

The capital of punishment is ownership. We pull weeds from the ground we own. We protect our children with a spell of banishment to their room. How we treat life is complicated. Let’s take a moment to lift up its sanctity. It seems the zeitgeist has stopped celebrating abortion as an instrument to kill fascism. Let’s use this momentum for a good purpose. We mocked life for so long we forgot it’s priceless. Two things happen in a system where everything has a price. We lose the meaning of priceless. We gain the meaning of worthless. Putting a price on things is a spell we imbue in the aether. It sticks like goo to what we assign it for the rest of our life. These grapes are $3.99. That racehorse is $7.2 Million. We traverse the matrix with a price gun tagging everything with the mark of the beast. We place our children on the shelves for sale. When I was fifteen-years-old I was worth $4.25. We sell our essence by the hour. We pretend its sane to chase zeros with decimal tails.

A poorly managed state secretes dissonance on purpose. Angst is wet silk the spider spins into cream. Anti-fascism is the other set of legs for fascism. She wraps us in a shroud while we choke each other out. We make our own anesthesia. Hope is a drip from an IV. Hope is not our friend he’s our drug dealer. There’s a fine difference between hope and faith. It’s as hard to see as the thickness of a sheet of paper. We’ve reduced ourself to these scrolls. Were using a spider’s money in a spider’s court with words from its hairy mandible. She assigns a price to all of us. She is the blackest of widows so we never see her face.

This entire operation we live in is an energy farm. It’s agitated from a laser pointer of media. It shines a spotlight on a field of sheep huddled under the sky’s blanket. The flock is zombified from marauding coyotes dressed in wool. A blue donkey stands guard in welding goggles and galoshes. His sheep are starving for justice. The lack sprouts an addiction as they hunger for anyone’s blood. They believe evil is a fountainhead springing from their ribcage. This entire system has been wired for this response. We pretend this place is broken as we snort hope behind the stairs. The flavor of fear’s adrenalin marinates our meat for an owner’s plate.

We are the energy of thought. The range of our belief puts limits on our thinking. If we insist our voice won’t carry outside the tent we never see the Aurora Borealis reply. It heard us whisper a Pheonix last fall. It heard a rising eagle just last night. We are enclosed in a cave with the trappings of mind. Stalagtites are the petrified tears of a hungry sky. Under the blinders and bridle of society’s reigns, we are hypnotized by the clomping of our feet. They tell us we must be free since we’re moving. We justify every step to feed the machine.

If prisons weren’t greenhouses we’d have justice. A jail is as simple as a dog kennel. Do dogs have an underground drug trade? Do they come out with new chips on their shoulder? Are they radicalized by the FBI? We become addicted to justice when it’s inconsistent. We develop an unhealthy relationship with something we need to survive. The dissonance makes us feel worthless. And so we are. Can a mother kill her baby with a reason? Can a father kill his son with one? Can a state kill a citizen with the same? We live in an insane society yet we insist on the ward owning our life. The price tag of a human is a barometer for how much we reject sovereignty. The vector of slavery is congruent with the sanctity of life.

We want capital punishment because we were chemically trained for the taste. It comes with sinister changes to the role of the state. I don’t need you to agree. I know many want the gallows hung higher. But we are getting worse at freedom not better. It should be something we sip on before dinner. If the state can take a life what else can it take? If the state held no sovereignty over our lives they would hold no sovereignty over our labor. We would have a unanimous government again. Like the people of the longhouse did for 500 years.

If a mother says, “I tried to punish him with no luck. So, I killed him” is that okay? If not then why is it okay for the state to say the same? This is an exercise for our thoughts on sovereignty. Dahmer was a product of the state. Manson was too. The state spared them both and Manson said he would have rather died. How is this different than a mother setting up her own child so she could justify her behavior? We know the state is insane but grant them more sovereignty than our own parents. We give this power to a committee of jurors. A committee is a corporation. The corporation decides if a human should live or die. We would call it inhumane if it was just one person. We prefer the machine. We hold it in high esteem. Our legal system is a comfortable witch trial where everyone dresses nicely. We are too smart to be wrong. There are exactly two sides when justice turns into a quest for victory. Victory is not the same as wisdom.

The prime argument for capital punishment is deterrent. So how can we believe in a wall but not prison? Both are built on the same foundation of thinking. Banishment deters crime. Maybe we should shoot people at the border to be sure? Some already agree. Those thoughts should accompany abortion. Both take life at the request of a committee. Wishful thinking decides a state would never execute someone who was innocent. Psychotic thinking is believing a few wrongful deaths every now and again is acceptable. We are our own worst slave masters. We spit on the sanctity of ourselves every day.

Lately, I notice people wanting to disagree with me before I’ve spoken. By habit, I try and stop them which is wrong. I am blessed by the foolishness I see in society. It reminds me what a fool all of us can be. There are cracks in everyone’s character. They’re glazed with magnesium and cobalt and cast in fire. Our splintered veins are beautiful when we bake them shiny. None of us need to agree. Conforming is fuel for machines. It crams living people inside it and separates them into two piles – those who agree and those who don’t. Dichotomy is the essence of slavery. It’s wisdom, not unity we should be chasing. Unity is the nectar of zeitgeist. Wisdom is the nectar of God.

To think and to believe is a mind breathing. We pull thoughts into our mind’s lung. We exhale a rendered belief. We harvest pollen from every decision. Decisions are a trance we play on the train while we travel. Thinking is the opposite of flowstate. It’s a goose who’s stopped for directions. The moment we think, our world becomes obscured by a holodeck. Like an overhead screen in a video game, it’s helpful but not immersive. Immerse yourself in the game of toes and fingers. Find power and health by squeezing its fruit on the tongue. Carl Jung called thought logos and belief eros. Our decisions are arrows shot from a tension between mind and spleen. Our will is the sinew stretched in the teeth of reason and imagination. We launch ourselves through space and time. Faith is the release of feathered vanes spun through a dynamo.

The post The Capital of Punishment appeared first on James True.

I gave my dad some Elvis glasses and he said, "Thank you very much." The Gregorian New Year is Jan...
liberty aggregatorJanuary 20, 2020 at 2:12 am.
James True

Hi folks. My subscribers were emailed a link to this page by accident. We are adding a member’s area to...
liberty aggregatorJanuary 14, 2020 at 9:49 pm.
James True

Wisdom from the Birdfeeder

Raindrop wisdom from the birdfeeder featuring a couple of chickadees and a nuthatch with some crow in the background. Join...
liberty aggregatorJanuary 11, 2020 at 2:33 pm.
James True

My Talk with Crrow777

My latest interview is live. I was invited onto Crrow777 for a two-hour interview. Here is just some of the...
liberty aggregatorJanuary 10, 2020 at 2:46 pm.
James True

Free Copy of Screenplay from Patrons

The Zeitgeist argues with Ad Hominem

Zeitgeist is velcro. It’s communal dogma on double-sided sticky tape with a patent. People believe what they’re told because it’s...
liberty aggregatorDecember 27, 2019 at 7:48 am.
James True

Why THIS impeachment was crucial for the NWO

Many are overlooking the timing of this impeachment vote. The fact it's happening right now reveals the crucial importance it...
liberty aggregatorDecember 19, 2019 at 8:14 am.
James True

Let's talk about Sovereignty with a couple of attorneys and experts in the field: Jonathan Rogers, Rebecca Niose, James Fantetti,...
liberty aggregatorDecember 13, 2019 at 7:00 pm.
James True

The Capital of Punishment