Honored to have served @realDonaldTrump and the American people during these difficult times.

Thank you very much!

@SharylAttkisson book, The Smear and her previous books have been outlining this. All are a great read, The Smear is oh so relevant. https://twitter.com/MikayesFiona/status/1333450818624884742

Can't wait! Talk to you in a second!

NEXT 🚨: Award winning reporter @SharylAttkisson sits down with @stinchfield1776 to examine the media's continued lack of 'journalistic integrity' - 8:25PM ET. 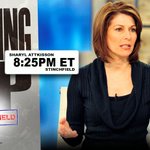 Brits who refuse COVID-19 vaccine may be denied entry to restaurants, bars https://trib.al/8uy86yt 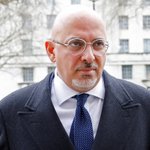 The CBS connection to the govt. computer intrusions

The following is the 23rd in a series of excerpts from my New York Times bestseller “Stonewalled,” which recounts the government intrusions of my computers. Links to previous excerpts at the end of this article.

On July 8, 2014, the Society of Professional Journalists directs a letter to President Obama objecting to what it calls the “politically driven suppression of news and information about federal agencies.” The esteemed group of journalists uses strongly worded phrases to make its point.

“We consider these restrictions a form of censorship.”
“The problem is getting worse throughout the nation.”
“It has not always been this way.”

I’m all too familiar with the pre-story stonewall. The post-storyharassment. The ignored requests for interviews and public infor- mation. But the Obama administration has aggressively employed the additional PR strategy: controversializing potentially damaging stories, reporters, and opponents to undermine them. It can be a highly effective tactic—unless the public learns to recognize it. Just how does one take a fact-based, solid story with sourced opinions— and turn it into a controversy to therefore be questioned by an un- suspecting public? By putting into motion a well-oiled machine that launches post-story complaint calls and emails; comments to other reporters (often not for attribution); bloggers who circulate manu- factured outrage and counterspin; and personal attacks against the journalist. Pretty soon, the administration has controversialized an entire line of reporting. Not because it is controversial, but because their machine has made it appear to be. They can point to blogs and articles that say so. Even Wikipedia says so, so it must be true!

Hastings had authored the award-winning Rolling Stone profile of General Stanley McChrystal that led to McChrystal’s resignation. He spoke of the “insidious response . . . when you piss off the powerful. They come after your career; they try to come after your credibility. They do cocktail party whisper campaigns. They try to make you ‘controversial.’ Sadly, the Powers That Be are often aided by other journalists.”

The Justice Department inspector general is looking into my computer intrusions and asks to see the CBS-commissioned report from Patel. The head of the IG forensics unit suggests that if we hand over my computers, his experts can conduct an independent analysis and possibly find more information, perhaps even the proof as to who’s responsible. The IG has its own technical staff and lab that are separate and apart from the FBI’s analysts. But CBS declines. One CBS official points out, as had Number One, that the IG works for the same agency that we believe is responsible.

“Do you really trust the IG?” the CBS official asks me. “Why should CBS trust our computers to the same agency that could be implicated?”

I explain my rationale. Worst-case scenario: the IG comes up with nothing more than we already know. Best-case scenario: he finds more. Who better than the government’s own technicians to dig into a government intrusion? But the bigger hurdle to the concept of handing over the CBS computer is that news organizations vehemently protect their independence and resist attempts by law enforcement to obtain company property. Granted, this situation is a bit different: the law enforcement body isn’t reaching into the news organization uninvited. Instead, a crime has been committed and the IG is asking for the computer and report to act in my interests. Nonetheless, policy is policy, there are legal implications, and CBS decides that the IG can’t have the CBS laptop computer or Patel’s report.

If no law enforcement or investigative body can have access to my CBS computer, then in some respects I’m the victim of a crime that can’t be thoroughly investigated. At least not the ordinary way. I can’t expect the FBI to investigate impartially if some of its people are involved in the crime. In fact, I can’t expect anyone to investigate if CBS won’t let them analyze the computer. And the main concern of CBS News is the integrity of its professional network systems rather than my individual circumstances. The corporation hasn’t demonstrated any interest in getting to the bottom of the crime committed against me and my family, and potentially my sources. The news division hasn’t expressed even a modicum of concern for my potentially compromised and chilled sources or its own compromised newsroom operations.It didn’t make sense that the moment I reported the intrusion, no alarm bells were sounded at the highest levels of the CBS corporation. I imagined there would be technology security experts who would ask a lot of questions, visit my house, and devise ways to make me feel more secure and to ensure that all of CBS’s sources and materials are protected. I thought they’d want to examine my supposedly compromised smartphones. But nobody did.

In fact, CBS has specialists tasked with doing this very sort of work, but I only learn of them when a colleague asks me what work the “special team” is doing on my case.

“What special team?” I ask.

“The guys headed up by Joel Molinoff,” says my colleague. “Haven’t they been working on your case?”

“Never heard of them.”

My colleague is surprised. He goes on to explain that Molinoff is CBS’s chief information security officer. He’s held seminars with 60 Minutes staff on cybersecurity issues such as protecting their information abroad. He’s a wealth of information and a great resource on computer security. But in all these months, he’s yet to reach out to me. “He’s a former NSA guy,” adds my colleague. “I’ll find his extension and send it to you.”

I do a quick Internet search. It turns out that Molinoff came to CBS after having just served in Obama’s White House as the assistant director of the President’s Intelligence Advisory Board. Prior to that, says his bio, he was an executive at the NSA.

Why wouldn’t a guy with that kind of background be keenly interested and involved in investigating my computer intrusions?

#15: My Computer Intrusion and the National Connection

#19: How the FBI Missed the Boston Marathon Bombers

#20: The media operation against Snowden and the government computer intrusions

#22: Other Reporters Weigh in

The CBS connection to the govt. computer intrusions