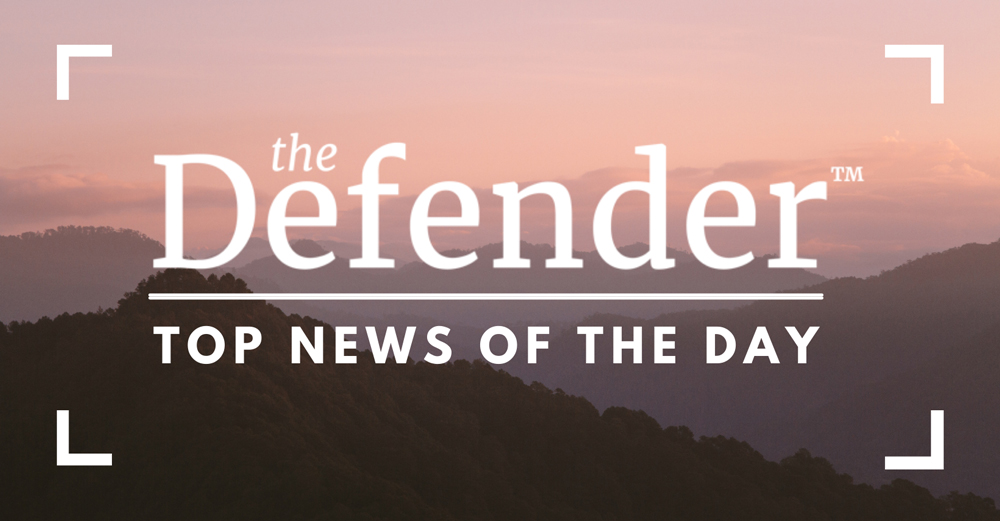 “Clean rich is the new filthy rich,” Aspiration proclaims on billboards across NY, TX + CA. But these claims seem to fizzle somewhere between their marketing language + the footnotes in their own legal documents. @propublica 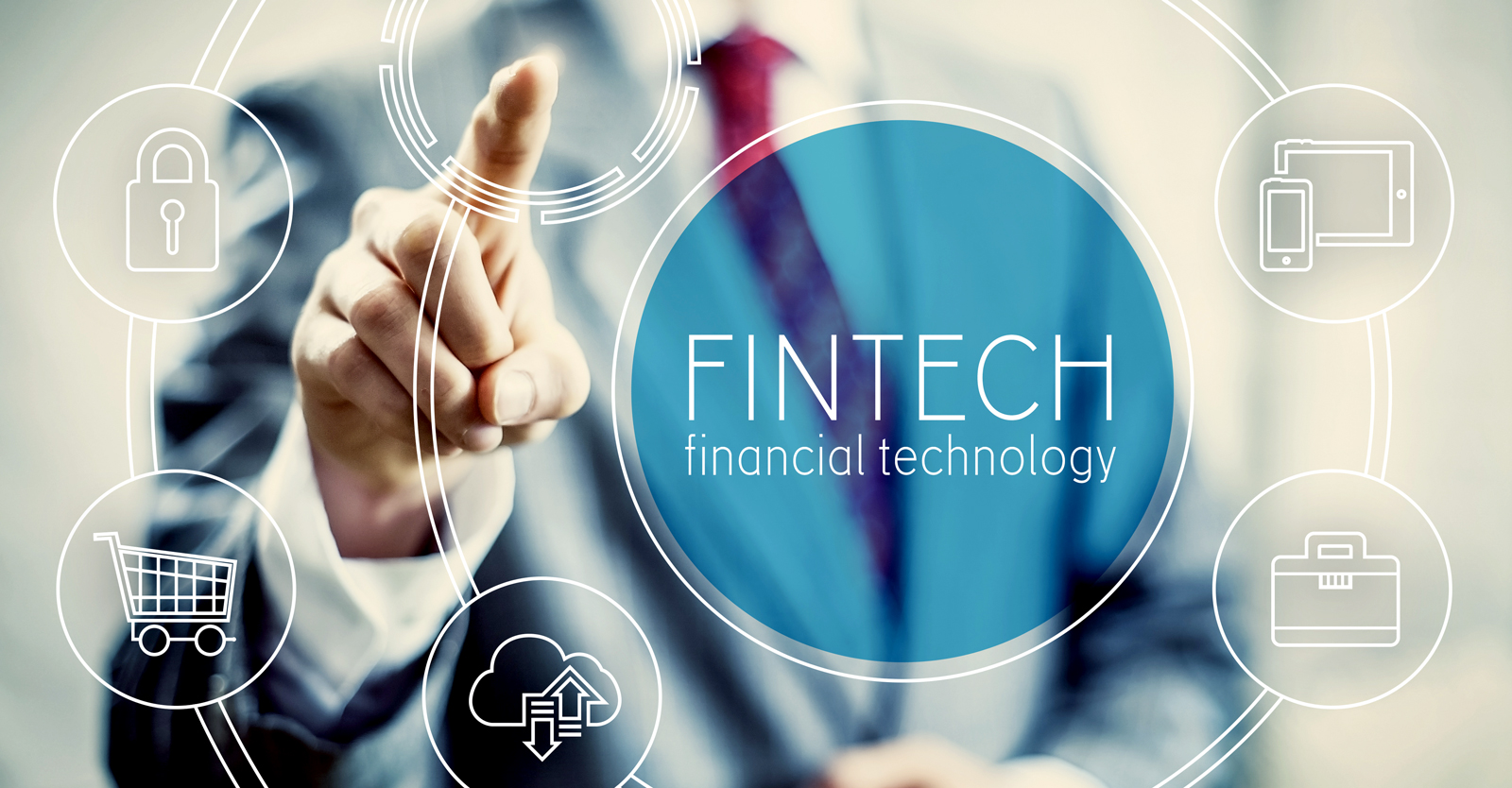 Aspiration, a California-based personal finance company, is among a group of firms that provide banking and financial services, and promise to help th...

Check out @AwakenWithJP's latest. This one is on FDA's “rigorous approval process.” 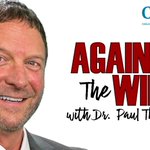 By the Children’s Health Defense team

Every year at about this time, public health officials and their media megaphones start up the drumbeat to encourage everyone (including half-year-old infants, pregnant women and the invalid elderly) to get a flu shot. Never mind that more often than not the vaccines don’t work, and sometimes even increase the risk of getting sick.

To buttress their alarmist message for 2018-2019, representatives from the Centers for Disease Control and Prevention (CDC) and other health agencies held a press conference and issued a press release on September 27, citing a particularly “record-breaking” (though unsubstantiated) 80,000 flu deaths last year. Having “medical experts and public health authorities publicly…state concern and alarm (and predict dire outcomes)” is part and parcel of the CDC’s documented playbook for “fostering public interest and high…demand” for flu shots. CDC’s media relations experts frankly admit that “framing” the current flu season as “more severe than last or past years” or more “deadly” is a highly effective strategy for garnering strong interest and attention from both the media and the public.

If accurate, 80,000 deaths would represent an enormous (and mystifying) one-year jump—tens of thousands more flu deaths compared to the already inflated numbers presented for 2016 (and every prior year).

Peter Doshi (associate editor at The BMJ and a MIT graduate) has criticized the CDC’s “aggressive” promotion of flu shots, noting that although the annual public health campaigns deliver a “who-in-their-right-mind-could-possibly-disagree message,” the “rhetoric of science” trotted out each year by public health officials has a “shaky scientific basis.” Viewed within the context of Doshi’s remarks, the CDC’s high-flying flu numbers for 2017-2018 raise a number of questions. If accurate, 80,000 deaths would represent an enormous (and mystifying) one-year jump—tens of thousands more flu deaths compared to the already inflated numbers presented for 2016 (and every prior year). Moreover, assuming a roughly six-month season for peak flu activity, the 80,000 figure would translate to an average of over 13,300 deaths per month—something that no newspaper last year came close to reporting.

The CDC’s statistics are impervious to independent verification because they remain, thus far, unpublished—despite the agency’s pledge on its website to base its public health pronouncements on high-quality data derived openly and objectively. Could the CDC’s disappointment with influenza vaccination coverage—which lags far behind the agency’s target of 80%—have anything to do with the opacity of the flu data being used to peddle the unpopular and ineffective vaccines?

There are a variety of reasons to question the precision with which the CDC likes to imbue its flu statistics. First, although the CDC states that it conducts influenza mortality surveillance with its partner agencies, there is no actual requirement for U.S. states to report adult flu deaths to the CDC. (In public health parlance, adult influenza deaths are not “reportable” or “nationally notifiable.”) In fact, the only “flu-associated deaths” that the CDC requires states and other jurisdictions to report are deaths in children—180 last year.

…when actual death certificates are tallied, influenza deaths on average are little more than 1,000 yearly.

How did the CDC reach its as-yet-unpublished conclusion—widely shared with the media—that 79,820 American adults in addition to 180 children died from the flu in 2017-2018? The agency states that it relies on death certificate data. However, members of the Cochrane research community have observed that “when actual death certificates are tallied, influenza deaths on average are little more than 1,000 yearly.”

Other knowledgeable individuals have also noted that the death records system in the U.S. is subjective, incomplete and politicized, and have suggested that citizens should adopt a “healthy skepticism about even the most accepted, mainstream, nationally reported CDC or other ‘scientific’ statistics.” This skepticism may be especially warranted for the influenza stats, which are so inextricably intertwined with the CDC’s vaccination agenda that the statistical techniques and assumptions that the agency uses focus specifically on “project[ing] the burden of influenza that would have occurred in the absence of vaccination.”

skepticism may be especially warranted for the influenza stats, which are so inextricably intertwined with the CDC’s vaccination agenda

Notwithstanding its incessant use of influenza statistics to justify its flu vaccine policies, the CDC tries to have it both ways, cautioning that because “influenza activity reporting…is voluntary,” influenza surveillance in the U.S. “cannot be used to ascertain how many people have become ill with influenza during the influenza season.” A larger problem is that the vital statistics that form the basis of the CDC’s surveillance data conflate deaths from pneumonia and influenza (P&I). The CDC concedes that this conflation complicates the challenge of specifically estimating flu deaths:

The system “tracks the proportion of death certificates processed that list pneumonia or influenza as the underlying or contributing cause of death. This system…does not provide an exact number of how many people died from flu” [emphasis added].

Curiously, the CDC presented its cause-of-death data slightly differently prior to 2015. Through 2014, the agency’s annual National Vital Statistics Reports included tables showing influenza deaths and pneumonia deaths as separate line items. Those reports made it abundantly clear that pneumonia deaths (at least as transmitted by death certificates) consistently and dramatically outstripped influenza deaths. The table below illustrates this pattern for 2012-2014.

Starting in 2015, the annual vital statistics reports began displaying P&I together and eliminated the distinct line items. At present, only one tool remains to examine mortality associated with influenza as distinct from pneumonia—the CDC’s interactive FluView dashboard—which provides weekly national breakdowns. The dashboard shows the same general pattern as in the annual reports—that is, lower numbers of influenza deaths and much higher numbers of pneumonia deaths. Bearing in mind all the shortcomings and potential biases of death certificate data, dashboard reports for the first week of March (week 9) for the past three years show 257 influenza deaths versus 4,250 pneumonia deaths in 2016, and 534 and 736 flu deaths (versus over 4,000 annual pneumonia deaths) in 2017 and 2018, respectively.

When clinicians in outpatient settings do order testing, relatively few of the “flu” specimens—sometimes as low as 1%—actually test positive for influenza.

Semantics also play a key role in the CDC’s slippery communications about “flu.” For example, CDC’s outpatient surveillance focuses on the broad category of “influenza-like illness” (ILI)—an almost meaningless term describing general symptoms (fever, cough and/or sore throat) that any number of non-influenza viruses are equally capable of triggering. Cochrane lists several problems with the reliance on ILI to make inferences about influenza:

“Pneumonia,” too, is a catch-all diagnosis covering lung infections caused by a variety of different agents: viruses (non-influenza as well as influenza), bacteria, fungi, air pollutants and many others. Interestingly, hospitalization is a common route of exposure to pneumonia-causing pathogens, and mortality from hospital-acquired pneumonia exceeds 60%. In a plausible scenario, an adult hospitalized for suspected (but unconfirmed) “flu” could acquire a lethal pneumonia bug in the hospital, and their death might be chalked up to “flu” regardless of the actual facts, particularly because clinicians do not necessarily order influenza testing. When clinicians in outpatient settings do order testing, relatively few of the “flu” specimens—sometimes as low as 1%—actually test positive for influenza. Over the past couple of decades, the proportion of specimens testing positive has averaged around 15%—meaning that about 85% of suspected “flu” specimens are not, in fact, influenza.

Roughly four-fifths of the vaccine injury and death cases settled through the National Vaccine Injury Compensation Program are flu-vaccine-related.

Propaganda with a purpose

It takes little subtlety to recognize that the principal reason for flu hyperbole is to sell more vaccines. However, more and more people—even infectious disease specialists—are realizing that flu shots are fraught with problems. Roughly four-fifths of the vaccine injury and death cases settled through the National Vaccine Injury Compensation Program are flu-vaccine-related. A University of Toronto-based expert recently stated, “We have kind of hyped this vaccine so much for so long we are starting to believe our own hype.”

Pro-flu-vaccination studies—through their skillful placement in prestigious journals—tend to drown out other influenza studies that should be ringing warning bells. Published peer-reviewed studies show that:

A systematic review of influenza vaccine trials by Cochrane in 2010 urges the utmost caution. Noting that “studies funded from public sources [have been] significantly less likely [than industry-funded studies] to report conclusions favorable to the vaccines,” and citing evidence of “widespread manipulation of conclusions,” the Cochrane reviewers’ bottom line is that “reliable evidence on influenza vaccines is thin.” We should all keep those words in mind the next time the CDC and the media try to mischaracterize flu facts and science.

New Data on the Link Between COVID Vaccines and Myopericarditis + More

They Were High-Performing Athletes … Until COVID Vaccines Destroyed Their Health