No more fires. No more blackouts. No more droughts. A winning message in California isn't complicated.

That Gavin Newsom cheated in the Recall is not up for debate. He did so openly, his allies admitted it, and I said so directly on June 28. 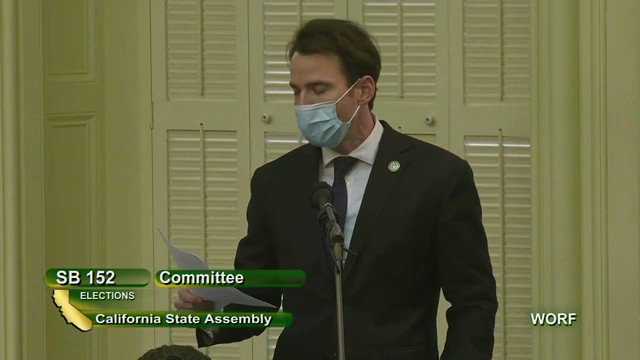 John Stossel and @pnjaban are suing Facebook for defamation over phony "fact checks" of his posts. Departments of Truth belong in the pages of Orwell.

PG&E has been charged with 11 more felonies. As it's piled up convictions the utility has given Newsom $700,000 and received special treatment according to whistleblowers.

If voters were given a clear sense of just how corrupt our State Capitol is we'd have a wave election and Newsom would be defeated in a landslide.

Today we give new meaning to five forgotten words from our Declaration of Independence: The consent of the governed.

Polls are open until 8 PM, and you can find your polling place here. You can follow the results here. The first results will appear shortly after 8 and will include early absentee ballots. Sometime later in the night Election Day voters will be added.

The campaign against the Recall began with a press conference calling it The California Coup. Since then, Newsom has attacked you and me in malicious ways. He’s called in $70 million from Special Interests. He’s flooded our TV sets with fearmongering lies. He even changed the rules for the election to help himself.

Newsom wants us to believe that the California Dream is dead. That the only job of our politicians is to divvy up the spoils on a sinking ship.

We refused to believe that. Our campaign has been driven by optimism and hope. It’s about our kids and grandkids. It’s a movement not just to fire America’s worst governor but to save America’s greatest state.

I am heading to the polls now and will vote as follows:

If your ballot looks the same, you can share an image on social media here.

Let’s shock the world, light a new spark of liberty, and give full expression to the three most magnificent words in our nation’s history: We the People.