Debunking The Dumbest Crypto FUD Of Them All https://www.zerohedge.com/crypto/debunking-dumbest-crypto-fud-them-all

As Biden Swipes At Trump, G-7 Leaders Hail US President As "Part Of The Club" Again https://www.zerohedge.com/political/biden-issues-swipes-trump-g-7-leaders-hail-us-president-being-part-club-again

@TeamYouTube @BretWeinstein Who is your medical researcher, YouTube?
I'd like to point them to a few clinical trials.

@BretWeinstein We've heard back and our team confirmed that your video violates our medical misinformation policies regarding COVID-19 for promoting Ivermectin as an effective treatment. More info here: https://support.google.com/youtube/answer/9891785

The Economic “Reopening” Is A Fake Out

Authored by Brandon Smith via Alt-Market.com,

How does one define an economic “reopening”? I think most people would say that a reopening means that everything goes back to the way it was before the crisis; or at least as close as possible.  Most people would also say that a reopening is something that will last.  Simply declaring “America has reopened” while keeping many restrictions in place in certain parts of the country is a bit of a farce.  And, reopening with the intention of implementing lockdowns again in a matter of weeks without explaining the situation to the public is a scam of the highest order.

For example, states like New York, California, Illinois and New Jersey have extended their lockdowns; with LA’s extension remaining ambiguous after they initially declared restrictions for another 3 months. New York’s lockdown is extended to the end of May (so far). This is the case in many US states and cities, while rural areas are mostly open. This is being called a “partial reopening”, but is there a purpose behind the uneven approach?

As I predicted in my article ‘Pandemic And Economic Collapse: The Next 60 Days’, the restrictions will continue in major US population centers while rural areas have mostly opened with much fanfare. The end result of this will be a flood of city dwellers into rural towns looking for relief from more strict lockdown conditions. In about a month, we should expect new viral clusters in places where there was limited transmission. I suggest that before the 4th of July holiday, state governments and the Federal government will be talking about new lockdowns, using the predictable infection spike as an excuse.

This is happening in Northeast China right now – another resurgence has occurred and 100 million people are now subject to quarantine restrictions. China’s reopening is barely two weeks old, and concerns of infection “flare ups” were widespread when the announcement was made. Now the mainstream media seems to be confused; is China open, or locked down? Of course, we may never know how bad the problem is and was in China as their numbers have been shown to be utterly rigged and suppressed from the beginning, but the point is that the phrase “reopening” is meaningless there, just as it will be meaningless here in the US.

This is part of the plan. The farce of reopenings does indeed have a purpose. I discuss this in great detail in my article ‘Waves Of Mutilation: Medical Tyranny And The Cashless Society’ published in April. The globalists are clearly the only beneficiaries of this event; with a world-wide surveillance state now openly on the table along with an accelerated shift into digital currency systems, the globalists are either taking advantage of this crisis to push their agenda, or they ENGINEERED the virus and caused the crisis to push their agenda.

In white papers published by globalists at the Imperial College of London as well as MIT, the plan is openly admitted. They suggest using “waves” of economic openings and then lockdowns to control the spread of the virus. The timelines seem to vary, but in general the models call for a one month open, two months closed cycle. The goal is to deliberately increase infections every couple of months in specific regions of a country, then declare economic shutdown and quarantine measures once the spread reaches a certain level; this is meant to continue until a vaccine is developed, which could take years. 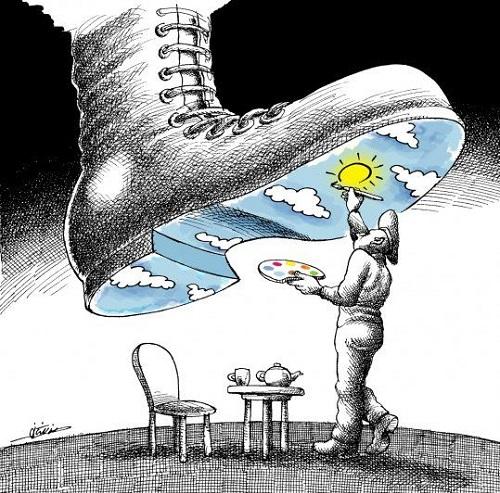 When the globalists at MIT say “We are not going back to normal”; this is what they mean. Right now, the general public (at least in some parts of the country) is cheering the reopenings, but what they don’t realize is that the reopenings are an illusion. Restrictions are going to remain in place in many states and cities, while they will be lifted and then re-instituted in others. In fact the situation is going to become much worse over time, by design.

The next lockdown, whenever it is announced, will be absolutely devastating to the US economy which is already in a downward spiral. The mitigating factors will be how effective central bank stimulus is at stalling the freefall (not very effective so far).  Other factors include the percentage of small businesses that survive the first lockdown and how many jobs those businesses can bring back to the economy. The first lockdown may be survivable for a large percentage of Americans and businesses; the second lockdown will financially destroy all but the most prepared. And make no mistake, there WILL be many more lockdowns over the next couple years.

In the meantime, international banks like Wells Fargo and JP Morgan have seen to it that small businesses are hit hard by the crisis by funneling bailout money and paycheck loans to their larger clients over the smaller businesses that the money was intended to go to. Of the 300,000 clients of JP Morgan that applied for an emergency loan through the government bailout program, only 18,000 actually received one and many of these clients were NOT small businesses.

If the cycle of lockdowns continues, small businesses will be wiped off the map. The elites have rigged the economic game; they control where every dollar of the bailout money goes, and many of their corporations are the only institutions that are equipped to survive the onslaught. Some of these companies will go down, but in the long run the goal, in my view, is total centralization of production and distribution.

This is exactly what happened during the Great Depression when JP Morgan and other major banks devoured thousands of small local banks across the country and removed them as competitors from the system. After the depression, banking was completely centralized into the hands of a select few mega-companies. Today, they are attempting to erase all localized small business competition to international corporations.

Taking over the business infrastructure of entire nations and removing all independent competition is only one incentive for the lockdowns to continue. There is also the process of acclimating the public to the idea that lockdowns are the “new normal”. While I do see resistance in certain parts of the world, including the US, many countries in Asia and Europe have witnessed a rather sheepish response to the idea of medical tyranny. I also see an immense wildfire of unconstitutional legislation and illegal state measures being rolled out in the US while the public is distracted by financial circumstances and the virus threat.

Certainly, it appears that most Americans hate the lockdowns. But will they be fooled by the “reopening” into complacency for the next several weeks while the government gets ready to hit them with the next round of restrictions? Will they be so caught off guard they won’t know how to react? Imagine the economic devastation of just one more nationwide lockdown event? It will be carnage, and a lot of hope within the population will be lost.

This will lead to two possible paths: Submission, or rebellion. Either the majority of the American people will accept the lockdowns as a new fact of everyday life, or they will become so enraged by the destruction of their economy that they will revolt.

If the intent is to keep the cycle going until a vaccine is introduced as elitist publications assert, then we have a LONG way to go and this first lockdown was child’s play compared to what comes next.

The excuse for the wave model will be that they need to control and slow the spread of infection over time to avoid overwhelming our medical infrastructure. But this makes very little sense to me at this stage. Perhaps within the first month or two of the pandemic this was somewhat logical, so that we could gauge the threat of the virus. What we know right now is that the virus is at least three times more deadly that the average annual flu; which is something to be concerned about, but not something we should be destroying our economy over.

Frankly, there’s no logic to the wave model unless the agenda is to destroy the economy. If the goal is to continue infecting the population until everyone has developed an immunity or a vaccine is offered, then why not simply remove all the lockdowns permanently and get it over with now? This would result in far less deaths in the long run compared to economic collapse. If the goal is so-called “herd immunity”, then we can achieve that much faster through viral transmission than waiting years for a vaccine that may or may not work.

I will be covering the vaccine issue in a future article, but the underlying message that the public is hearing daily is that you no longer have the power to make decisions for yourself, you must wait for instructions. While the coronavirus is something that should be taken seriously (to a point), the wave model is not an acceptable solution to the problem.

And while many conservatives are looking to Trump to obstruct lockdowns in the future, I would recommend they not hold their breath.  Trump has flip-flopped many times on these issues, including his position on whether or not lockdowns should be left to the states.  With a cabinet overflowing with globalists and banking elites, I would not put much hope in intervention from the White House.

Do not be fooled by the reopening. It is not real because it is not meant to last. It is a steam valve to calm public outrage and to condition us to periodic tyranny. The elites believe that we will eventually acclimate to lockdowns as long as we have a reopening to look forward to a couple months down the road. They believe that our tendency to rebel will be suppressed by false hopes that the next reopening will be a permanent reopening. They believe that after 18 months or more of the wave model we will be so desperate for normalcy that we will do anything to get it, including willingly giving up every last ounce of freedom we have left. This is the true purpose of the pandemic.

If you would like to support the work that Alt-Market does while also receiving content on advanced tactics for defeating the globalist agenda, subscribe to our exclusive newsletter The Wild Bunch Dispatch.  Learn more about it HERE.

The Economic “Reopening” Is A Fake Out