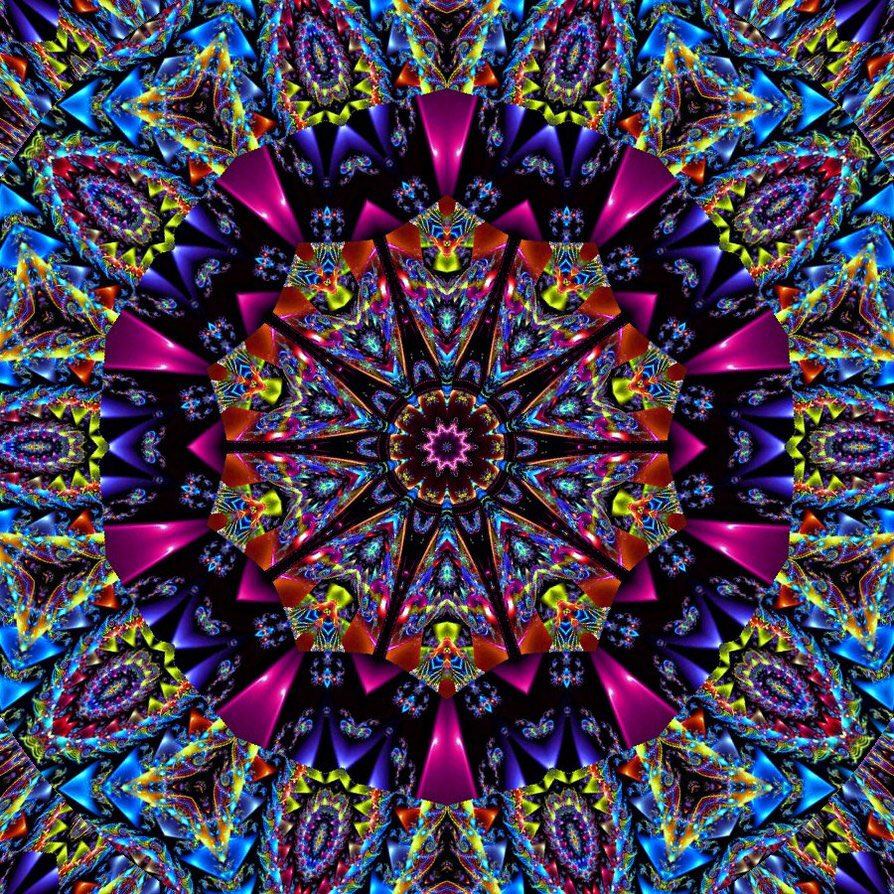 2. Mandala is the cymatics of light. The very same kaleidoscope in spacetime. This is how dolphins understand the universe. You are a mandala to them. They experience "human" in a completely different way. The Star of David is the element of carbon. Atomic 666. #disclosure #qanon

My goal has always been to leave this world with my sanctity.

@jarue369 Yeah! I took the shots, the boaster to! Did I make the right call🤷‍♂️. The reason I took it is gone. So I'll just ride the train and see where it stops. If I get there before you I'll be waiting, cause nobody gets out of here alive✌

They’re printing money as fast as they can while things like crypto #defi have been gamified. This is a coordinated pillage of the dollar and it’s glorious.

The voice in your head is your Pythia. If that voice is mad at you that voice thinks you could treat yourself better. Every time you abandon your post, or shit on your pride or ego, that voice gets meaner. Stop sarcasm. Stop fronting. Stop virtue signaling.

On the FIRST day of the Ghislaine Maxwell trial

On July 16, 2013, the anniversary of the Apollo 11 launch, an Italian astronaut reported he nearly drown while outside in his spacesuit. On August 20th, the anniversary of NASA landing on Mars, Russian astronauts reported sea plankton on the windows of the International Space Station. Did you catch that? On the two biggest NASA landing anniversaries, two foreign countries hinted the ISS was an underwater hoax. Water is a sore spot for NASA because we keep finding space bubbles in their official ISS space walk videos. These bubbles behave as if the ISS crew were secretly submerged underwater in the billion-dollar NASA training pool complete with an underwater ISS simulator. Join us on Patreon: https://www.patreon.com/user?u=13609517 See the full story: https://www.jtrue.com/blog/litany-of-space
Subscribe to my free column and buy my books: https://www.jtrue.com
Buy my work on Amazon: https://www.amazon.com/James-True/e/B07JYHYZ3K/ref=dp_byline_cont_book_1

#262 – The Codpiece of Righteousness

Cave of the Patriarchs

#259 – The Staircase of Conspiracy