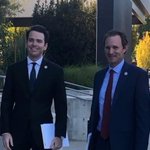 The Sacramento Bee has published an editorial opposing my bill to ban vaccine passports. I welcome the debate. Our Legislature, on the other hand, prefers to ban debate itself.

AB 327 should have been heard by the Privacy Committee on Thursday. But the Legislature’s leaders suddenly transferred it to the Health Committee, whose Chair promptly announced the bill would not be heard. Meanwhile, Gavin Newsom is taking steps to impose a passport system barely a week after saying he wouldn’t.

As lawmakers have slowly emerged from hibernation, it’s never been clearer that what we have at the State Capitol is a Legislature in Name Only.

Consider the Education Committee. It hasn’t once considered the issue of reopening schools and is refusing to hear any of my bills to advance school choice. But next Wednesday, it will take up AB 1316, an assault on charter schools that is more an act of thuggery than an act of legislation. The hearing will remain essentially closed to the public with phone testimony cut off after ten minutes.

Elsewhere my bills to end the State of Emergency, to reform the Emergency Services Act, and to repeal AB 5 are also being denied a hearing. Democrat-authored legislation is also suppressed when it isn’t blessed (i.e., written) by Special Interests.

Even when bills do get a hearing, chicanery often ensues. Last week I presented a bill to restore business licenses that were revoked for lockdown violations. It was going to pass, until the Assembly Speaker intervened and ordered the Chair to kill it. The final vote was 6-7.

Newsom, for his part, sees the legislative process as optional. Asked last year about banning fracking by executive order, he said: “We simply don’t have that authority. That’s why we need the Legislature to approve it.” Yesterday, he went ahead and pronounced the ban anyway.

Everything done at our Capitol, whether by our imperious Governor or our Kangaroo Legislature, bends to the same will: Special Interests and their lobbyists. That’s why I turn down Special Interest funding of any kind. It’s also why the Recall must have a sequel in 2022: accountability for legislators who don’t catch on that the era of corruption is over.