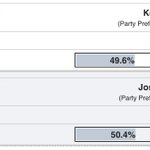 The News We’ve Been Dreading

Our radical Pelosi-backed opponent, Kermit Jones, was already running a high volume of attacks ads against us on TV. But yesterday, he tripledhis ad buy to a staggering $305,000 per week in attack ads.

If our campaign is going to weather this storm, I really need your help. You can donate at this link and we’ll instantly receive the funds.

This onslaught of negative ads is threatening everything we’ve worked so hard for. Our challenge is now two-fold:

1. We need to immediately expand our own ad buy to a comparable level.

2. We need to make an extra strong showing for the end-of-quarter deadline, to show we can keep fighting back at this level through Election Day.

A donation today, of whatever amount you can give, will help with both of these critical objectives.

Unlike our opponent, who is receiving a deluge of funds from East Coast liberals and Special Interests at the behest of Pelosi and the DCCC, I rely on the support of patriotic California citizens. Without you, I’m defenseless against the 24/7 slander now flooding TV sets.

Time is of the absolute essence, as a lie that is repeated often enough can quickly be mistaken for truth. We need our message to be just as loud, just as frequent. Any delay could cause irreparable damage.

Can you help me fight back, answer the smears, and save our campaign?

It’s not going to be easy to raise the added funds we now need, especially since you’ve already been so incredibly generous. But nothing has come easy for us.

Not our many victories against Newsom and the Supermajority. Not the citizens movement we built, brick-by-brick. And not this campaign for Congress, where we started as underdog and are now so close to one of the greatest grassroots triumphs in California history

It’s far from easy, but I truly believe it can be done. Every time I’ve asked for your help, you’ve come through in a major way. Together, we’ve cleared every hurdle that’s been thrown in our path. We’ve cast aside all the slings and arrows.

I’ve been humbled beyond words by your loyal support and personal sacrifice. Now, we’re facing our highest hurdle yet, and I have to ask more now than I ever have before.

Can you make sure we clear this final hurdle, so all is not lost?

If this eleventh-hour ambush by the National Democrats works, it won’t just be the end of my time in public service. It will be a poisonous precedent: Our opponents will use the same playbook to crush any grassroots campaign in the future.

But if we hold our ground, then November 8 could begin a new era. Soon thereafter I would be sworn into Congress, taking an oath to uphold the Constitution. Our movement would then be present in Washington D.C for the monumental battles ahead.

More than that, a victory in this race could mean the end of the Pelosi Speakership. It could be a true turning point for our state and country.

This is our moment of greatest vulnerability yet also of most abundant opportunity. If we can rise to the occasion, there will be no looking back.

With so much at stake, I’d humbly ask you to please help to the greatest degree you can.

Thank you for fighting alongside me,

The News We’ve Been Dreading