Mark your calendars. More details to come!
Kennedy vs Dershowitz
Environmental Lawyer vs Constitutional Lawyer
Should a COVID Vaccine Be Mandated?
Are any vaccines really safe?
1st Major Vaccine Debate on Valuetainment.
You won’t want to miss this one! 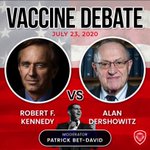 This article presents arguments for and against nationwide mandatory masks. There's a poll at the end if you'd like to weigh in. 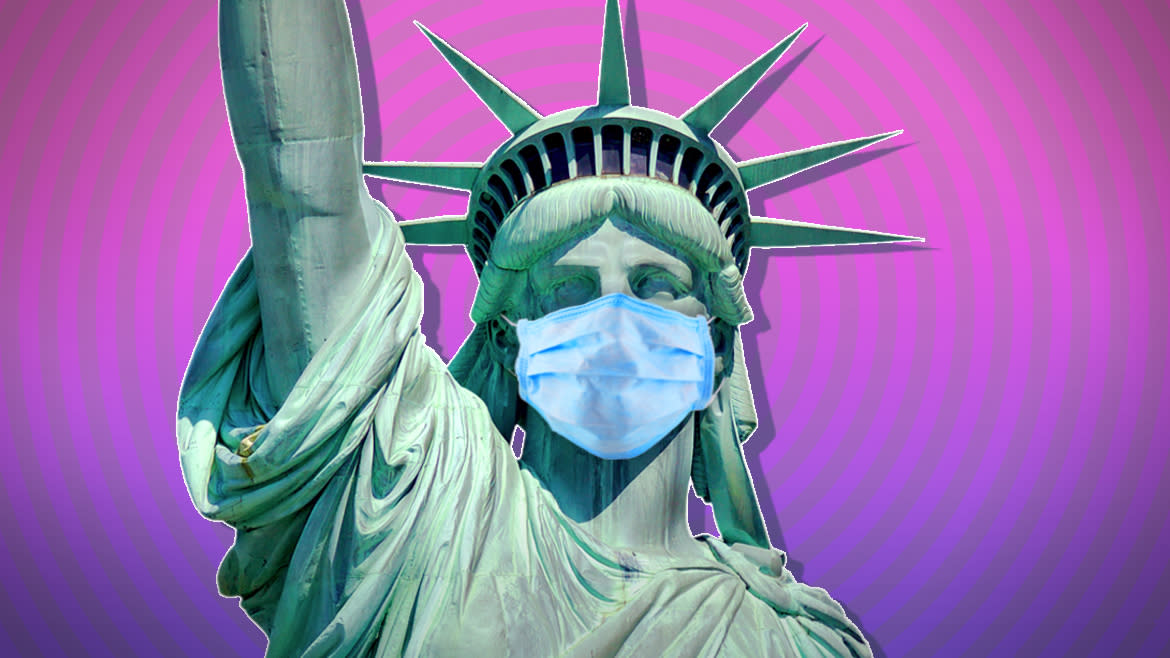 Should face masks be mandatory nationwide?

Experts agree that widespread use of masks would help stem the spread of coronavirus. Would a national mask mandate help or would it cause even more c...

New documents suggest NIH owns 1/2 the patent for Moderna’s COVID vaccine. NIH regulations let agency scientists collect up to $150,000.00 annually in royalties from vaccines upon which they worked. These rules are recipes for regulatory corruption. 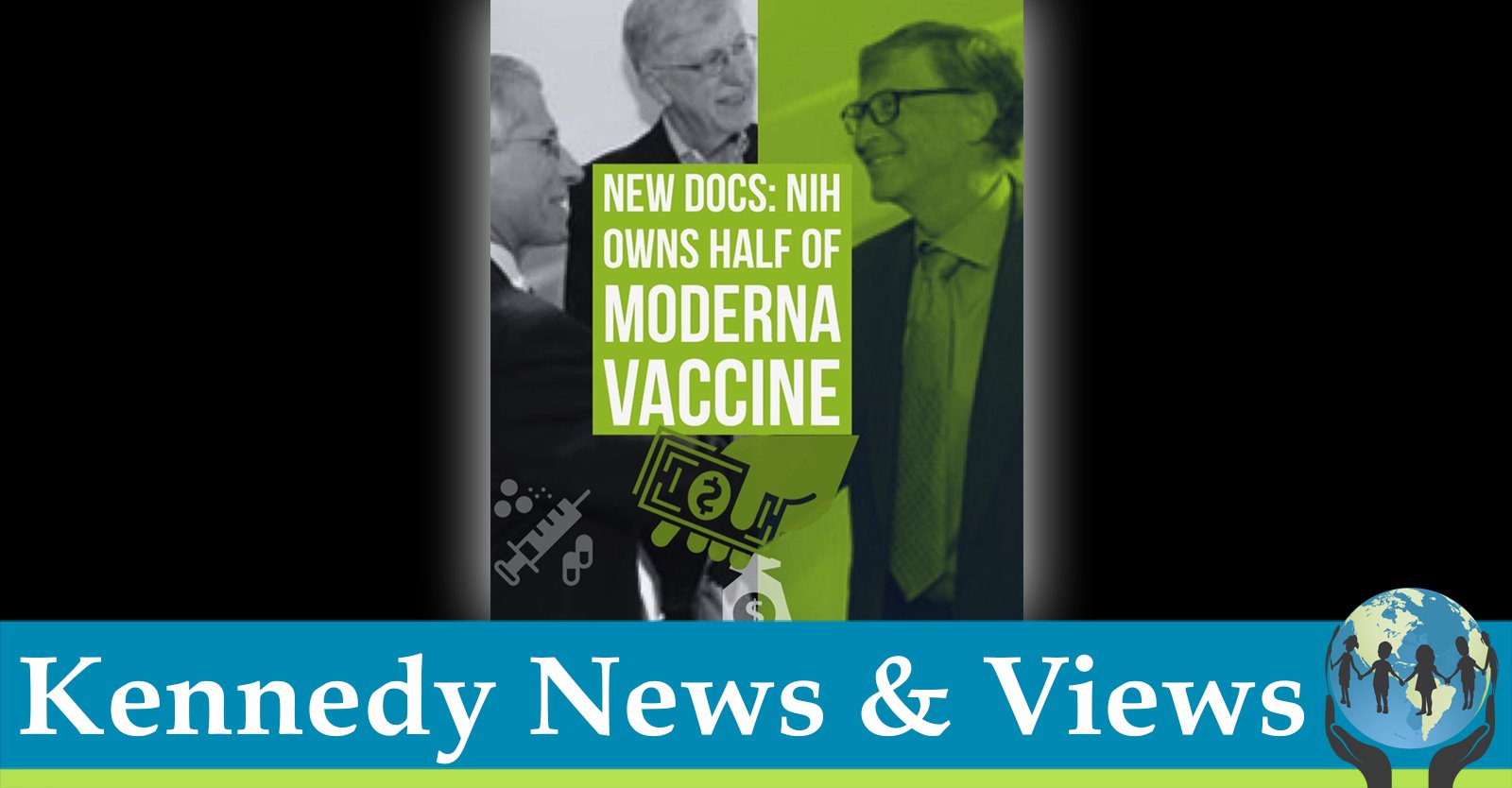 New documents suggest that the National Institute of Health (NIH) owns half the key patent for Moderna’s controversial COVID vaccine and could c...

Trial investigator Dr. Griffin claims previous trials have shown only mild side effects like soreness at the injection site & mild fever. But this is the Moderna vaccine and we know that's had much more than "mild" effects in some trial participants.
https://okcfox.com/news/local/2000-dollars-for-participants-in-okc-covid-19-vaccine-trial

This is an alarming loss of bird life. They're not only beautiful but are critical to our planet. Pesticides are on the short list of culprits. 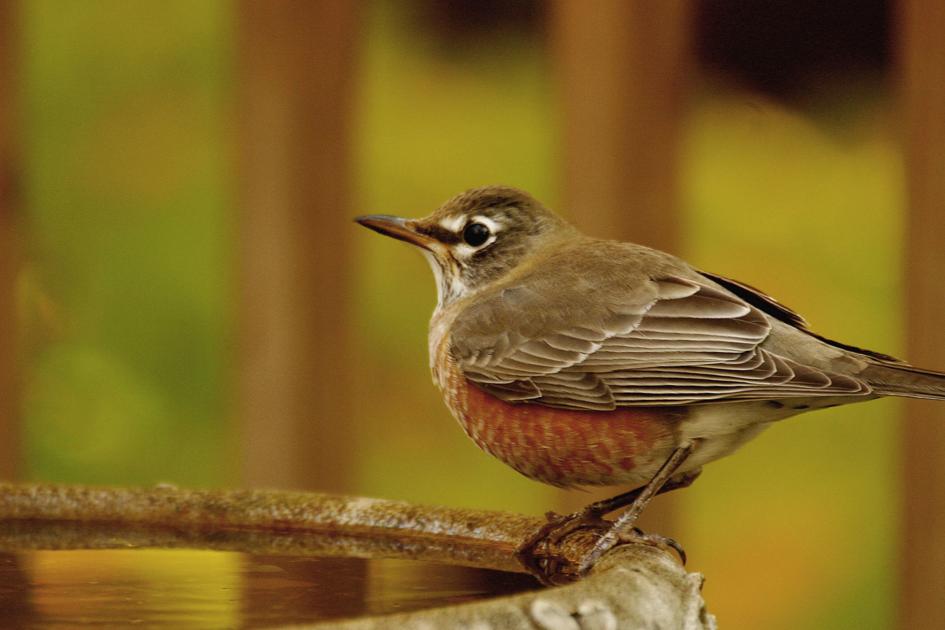 For the Birds: Birds are in decline, and the numbers are startling, By Chris Bosak

An article published last week in The New York Times confirmed what we all knew already: Birds are in decline.

Big Pharma today not only influences legislation for drugs, but the vaccine producers are also guaranteed a self-serving, automatically-captured consumer market in the form of 74 million children to whom the government mandates their limited-liability vaccine products in unprecedented numbers.

Americans spend the highest amount on health care in the world at $3.65 trillion, which represents 18% of the GDP. Big Pharma today not only influences legislation for drugs, but the vaccine producers are also guaranteed a self-serving, automatically-captured consumer market in the form of 74 million children to whom the government mandates their limited-liability vaccine products in unprecedented numbers. Today’s bloated childhood vaccine schedule is a direct result of the 1986 National Childhood Vaccine Injury Act (NCVIA), a law passed by congress at the time, to keep the vaccine producers from going bankrupt from lawsuits brought forth by families with vaccine-injured children. This law, in effect, unfastened the free-market incentives to make safe products from the vaccine producers, unleashing increasingly more and more inadequately tested and monitored products on to the market.

The pharmaceutical industry spends a combined $26 billion annually to influence doctors to sell their drugs and to entice consumers to purchase their drugs. Pharma strikes a one-two knockout punch in drug sales by investing an average of $6 billion annually in direct to consumer advertisement, followed by an even larger $20 billion investment to persuade doctors to sell their drugs to consumers who are herded to their offices to obtain the direct to consumer (DTC) advertised drugs.

Financial incentives and conflicts abound in pediatrics as well. Major streams of income come from “wellness” visits, a euphemism for infants and children being brought into the pediatrician’s office, in order to receive the closely followed CDC mandated childhood vaccine schedule. In addition to the steady foot traffic generated by the vaccine schedule, pediatricians are rewarded financial incentives per fully vaccinated child in their practice by insurance companies.

… drug companies and allied advocates have an army of lobbyists in all 50 states and have spent more than $880 million on lobbying and political contributions at the state and federal level over the past decade.

Equally disturbing, pharma has strategically and systematically neutered regulatory bodies such as the CDC and FDA, through a constant cross-pollination of industry and government heads. This revolving door has expressly created ever deeper conflicts of interest and blurred lines of duty. For example, Julie Gerberding, the former director of the CDC (2002-2009), joined Merck in January 2010 as the president of Merck’s vaccines department. In fact, this revolving door appears to be quite a prevalent phenomenon. Dr. Presad, an oncologist from Oregon Health and Science University discovered: “a quarter of the Food and Drug Administration employees who approved cancer and hematology drugs from 2001 through 2010 left the agency and now work or consult for pharmaceutical companies”.

In addition, the Associated Press and Center for Public Integrity, show drug companies and allied advocates have an army of lobbyists in all 50 states and have spent more than $880 million on lobbying and political contributions at the state and federal level over the past decade. The opioid lobby, for example, contributed to 7,100 candidates for state level offices.

These unorthodox, forged relationships, all together, serve as a secure and impervious interconnected web for pharma to wield more influence and power as it creates an ever more captive audience for its products.

Pharma’s reach also extends into media and science garnered through strategic financial entanglements.  The U.S. and New Zealand are two of the only countries that permit drug makers to advertise their products directly to consumers, a practice that is illegal or frowned upon in the rest of the globe. As previously discussed a large portion of the revenue for the mainstream media, (up to 70%) in the U.S. comes from pharmaceutical advertisement: “Just considering television, 187 commercials for about 70 prescription medications have collectively aired almost half a million times since the start of 2018, and to do that, drug companies shelled out $2.8 billion”.

Lastly, most of the clinical safety trials performed on vaccines and drugs is performed by institutionalized scientists who are on the industry payroll, and the FDA is increasingly approving and fast-tracking drugs despite dangerous or inconclusive evidence that they are either safe or effective. These unorthodox, forged relationships, all together, serve as a secure and impervious interconnected web for pharma to wield more influence and power as it creates an ever more captive audience for its products. This behemoth power’s next move is the fierce state-by-state push to remove exemptions and the basic human right to informed consent. The last barrier to pharma’s complete unadulterated power is removing human autonomy and the ability to decide for one’s self and family what medical interventions are beneficial and which ones may be rife with potential risk and little benefit.  Any rudimentary perusal of the main vaccine makers’ track record, Merck, GSK, Pfizer and Sanofi (The BIG 4), will illuminate a sordid history of criminal behavior with $billions paid for fines, otherwise known “as the cost of doing business”.

The post The Normalization of Corruption—Big Pharma Takes “Tobacco Tactics” to a New Level appeared first on Children's Health Defense.

For thousands of parents with vaccine-injured children, the 1986 National Childhood Vaccine Injury Act (NCVIA) conjures up sadness, betrayal of...
liberty aggregatorJuly 12, 2020 at 9:02 am.
Children's Health Defense

By Anne Dachel, CHD Contributing Writer, Age of Autism Editor, LossofBrainTrust.com   Once again, we turn our attention to what was...
liberty aggregatorJuly 10, 2020 at 11:02 am.
Children's Health Defense

Download 1. No HPV vaccine has been proven to prevent any cancer of any kind ever. The Merck Gardasil and...
liberty aggregatorJuly 3, 2020 at 2:02 pm.
VIEW MORE POSTS
Children's Health Defense