367 - End of the Fifth Sun https://twitter.com/i/broadcasts/1vOxwMnZAMMGB

Some famous voices are joining us tonight for High Magick. Make sure you are subscribed to the new channel. https://youtu.be/Ou69YAGSPqs

I see no difference between “You’ll own nothing and be happy” and “There’ll be nothing so what choice will you have?”

We’ve animated the oldest, most important calendar, common to all #Mesoamerica, the 260-day cycle of 20 day signs + numbers 1-13. The #Mexica/#Aztecs called it the #tonalpohualli, recording it in the #tonalamatl. Are its roots in the human gestation period, the maize cycle, or..? 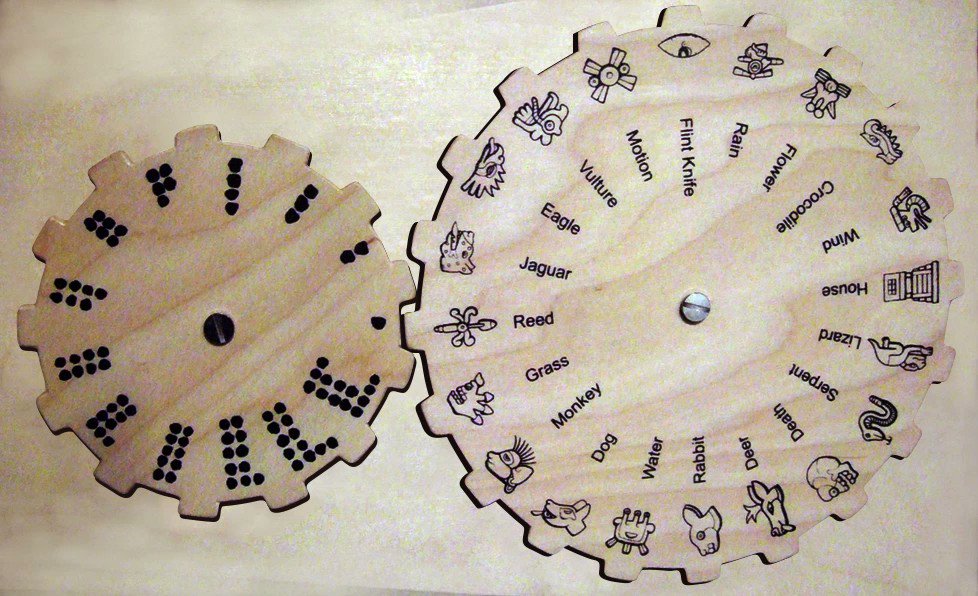 367 - End of the Fifth Sun https://twitter.com/i/broadcasts/1OdJrzrwnPPJX

The Oracle of Delphi

In 1400 B.C., a young man, Kamesh, led his trip of a dozen goats along a craggy ridgeline of laurel overlooking the Mediterranean. They were migrating dots on a green finger of rocks spilling into the cobalt water. The crescent bay they traversed would soon be sacred ground. Geology had split the earth in a jagged scar making access difficult. Kamesh found a flat knoll where his bearded tribe collected fresh grass with their teeth. One of the goats had ventured beyond the knoll where Kamesh had gone to fetch her. She claimed a tall chimney of rocks too steep for Kamesh to reach. Leaking cracks of ethylene gas poured from a cavern making his thoughts blurry. Kamesh, now enthralled, threw sticks and rocks to drive the goat down but the beast was intoxicated in the sweet aroma. It bleated a song of revelation from its tripod of hooves straddling the granite towers. Kamesh watched as his goat call forth a Copper God from the Golden Dawn. The goat had summoned Apollo to claim this knoll a temple at Pythos, the site later known as Delphi.

For the next millennium, people would pilgrimage here to commune with the Oracle. The goat was replaced by a young female virgin groomed from the local village. She was the Pythia, the voice of the Pythos, and the lips of Apollo. She was the living archetype of the intuition. The Pythia answered questions from pilgrims in a monthly ceremony. Her legend grew as people would come from hundreds of miles for a chance to consult the Oracle. The Pythia was made famous by Homer and consulted by many a Roman emperor. To seek the Oracle was to surrender one’s own will and reason.

A sister drew Caspia’s hair from a copper basin of milk and honey. A brigade of giggling maids had spent the prior evening weaving flowers, seashells, and berries into ceremonial garlands. They braided and weaved Caspia’s mane around a crown of laurel. They wrapped her virgin body with gentle linen and draped garland behind her back and around her elbows like a shawl. Caspia was the sixth Pythia. She was chosen last night in the taking of auspices. Two Cretan priests in black saw a flock of starlings split into three, then again into two. Caspia’s destiny was won as the newest Pythia of Mount Parnassus and the bride of Apollo.

Caspia officially became Pythia before dawn in a ritual bath. She rose anew with the sun into a seat of laurel atop a tall copper tripod. While grasping the leaves between her fingers, she unturned her spine in a slow pulse of tornado and meditation. Rapid breaths pushed her deep into the trance. Creams of sweat gathered underneath Caspia’s chin as her brain’s theta waves entrained with the gamma. For the next day, Caspia was a passenger of her intuition. Her lips answered questions before the sound met the perimeter of her ear lobe. She spoke on things she did not understand from positions she could not relate. She would stop mid-sentence with the confidence of a lion and change direction with a sweeping of the tail. She clutched twigs when she felt doubt and only spoke when she relaxed. Caspia was possessed by confidence as her reason stood dumbfounded in the corner. The Temple of Apollo had consecrated Caspia the goddess of intuition from a fancy flight of birds the night before and the bleatings of a mad goat thirty years ago.

Modern day oracles are qualified on paper. They still dress for the ceremony in white collars and silk ties. The modern business suit bears the same trappings of a priest. Our judges wear black robes while our witch doctors wear white ones. The professional Pythia have business cards and call themselves experts. Like the Cretan priests of Delphi, they understand the power of belief and branding. But today’s oracle surrenders himself to regurgitation instead of intuition. They are drunk from the same gas that flows from a different crack.

An obelisk in Delphi called Omphalos was ritually anointed with oil and dressed in skins of wool. This giant stone was cherished as the navel of the earth marked by two eagles who met in the center. It was here where Apollo sacrificed Gaia. Omphalos is an example of a living stone. These are consecrated with sacrificial blood spilled live into the hole. In contrast, we consecrate tombstones with the blood of the dead. Living stones are a technology and vibration charged by the will of living blood. They vibrate all across the world today.

This is the spirit of the ancient god Terminus, the god of boundaries and borders. Rome celebrated him during the festival of Terminalia every Feb 23rd, the death of the year. The spirit of Rome hides in plain sight marking its ownership of the world. According to the rites, each owner is present to declare their claim in living blood. Living stones are contracts. They must be renewed. This is why the obelisk in St Peter’s Square stands in the very spot Christians were ritually murdered. St Peter’s Egyptian Obelisk originally belonged to Caligula. Rome has acquired thirteen Egyptian obelisks to chose from but they chose Caligula for the centerpiece. Perhaps they liked the vibrations of the last male bloodline of Caesar. The holiest place on earth is marked in blood and given to one of the sickest men to rule. My intuition tells me nothing that tall in the Holy City is an accident.

The Oracle at Delphi was a success for a thousand years. There is something to be said for honoring one’s intuition. Instead of a gassed virgin, anoint yourself the sober Pythia. Direct the energy of your confidence back into your own temple and be fully seated. Man is the trinity of compassion, reason, and intuition. Your soul was brought here to tap into your internal wisdom. The more we surrender our power away, the more we will reincarnate to try again. Tell the moon it’s your last ride. Our lives are an alchemy of self-confidence. Next time you seek the golden consult, make a pilgrimage to the mirror and look deeply into your own laurels for the answer.

You can purchase Blueprints for Mind Control from Amazon in Paperback, eBook, or I can mail you an Autographed Copy

The post The Oracle of Delphi appeared first on James True.

The Oracle of Delphi