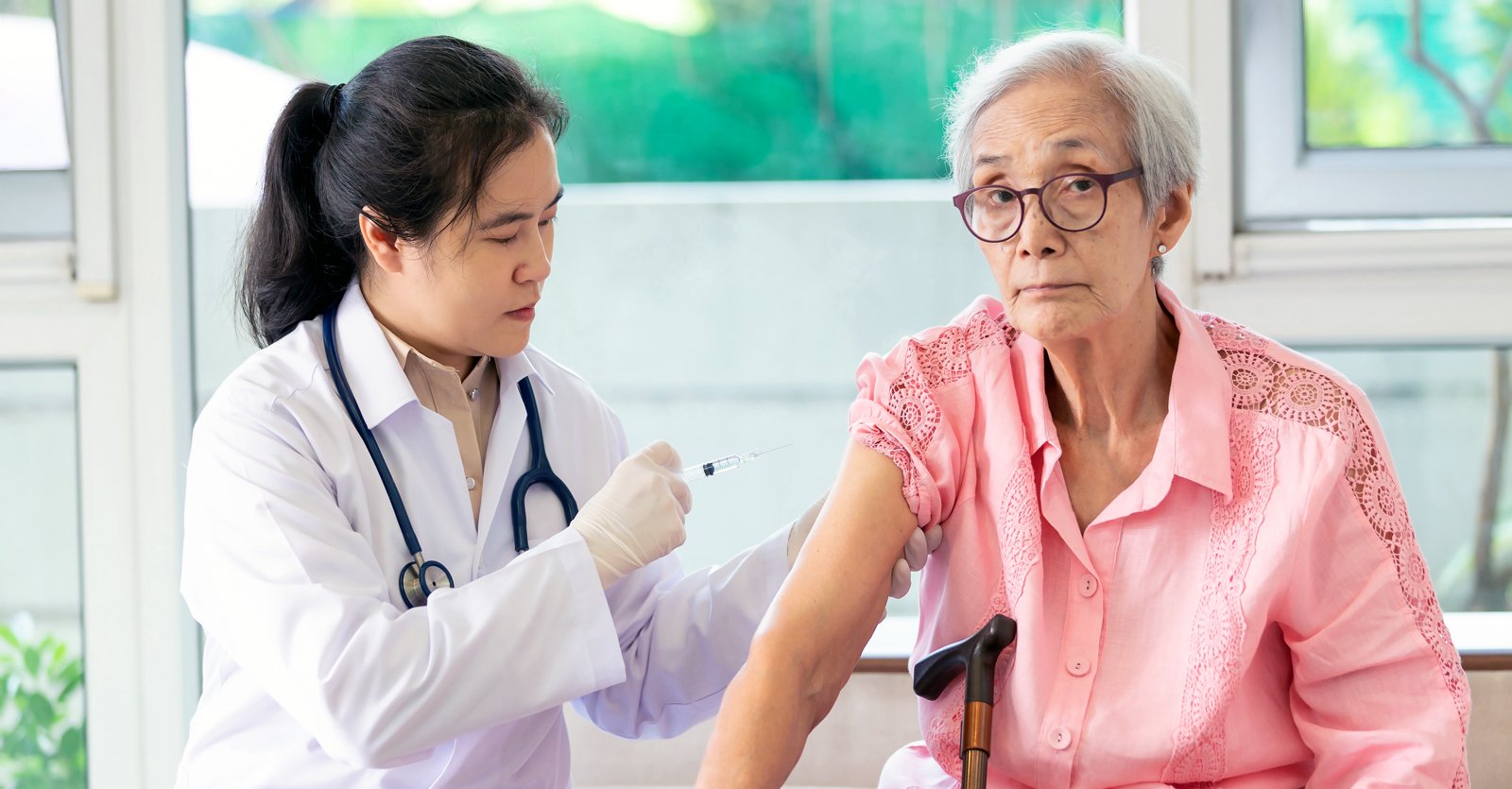 “With those kinds of conflicts of interest, we don’t know if these #vaccines are being developed based on merit.” — Craig Holman, @Public_Citizen #OperationWarpSpeed #TheDefender 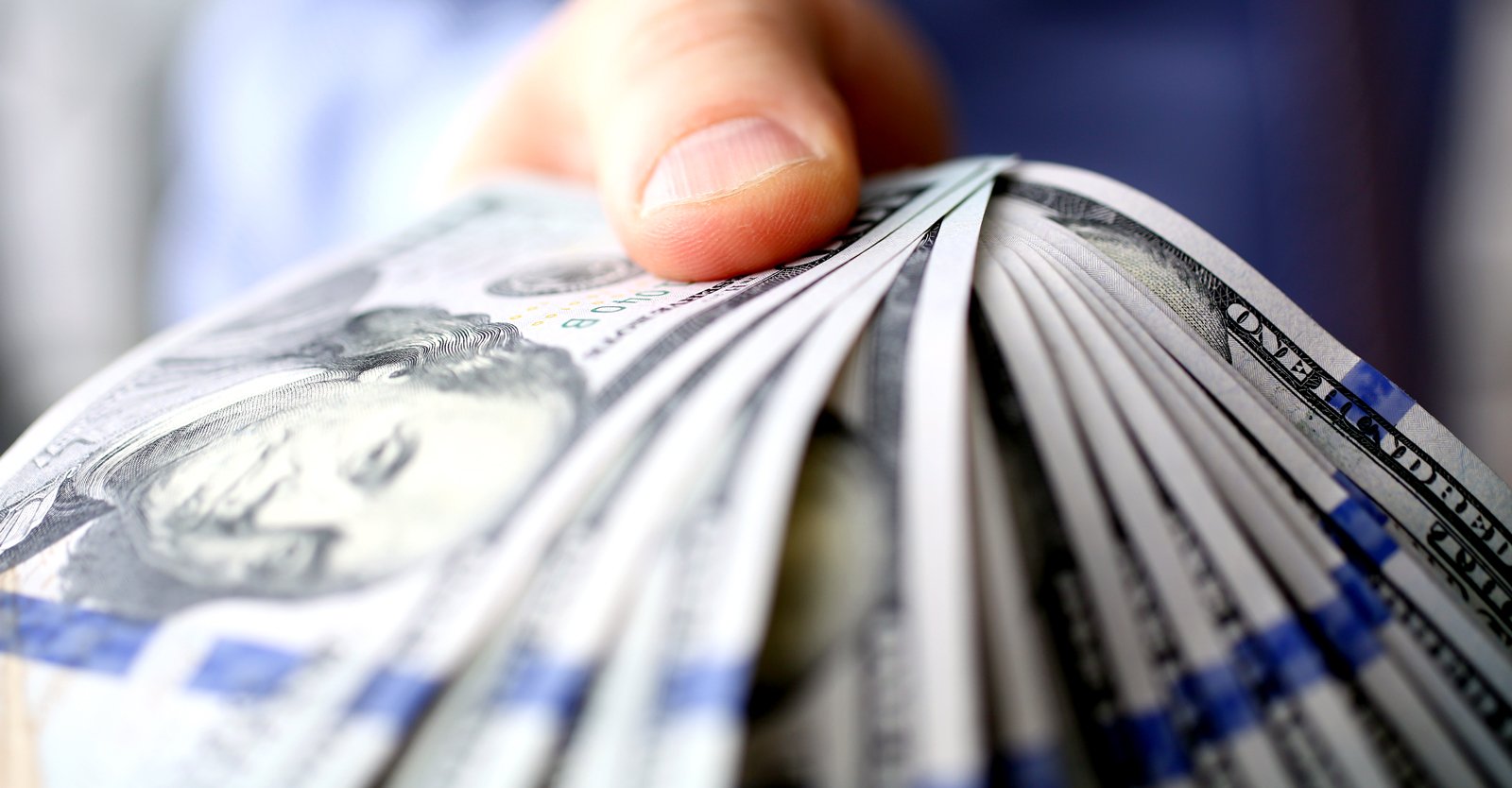 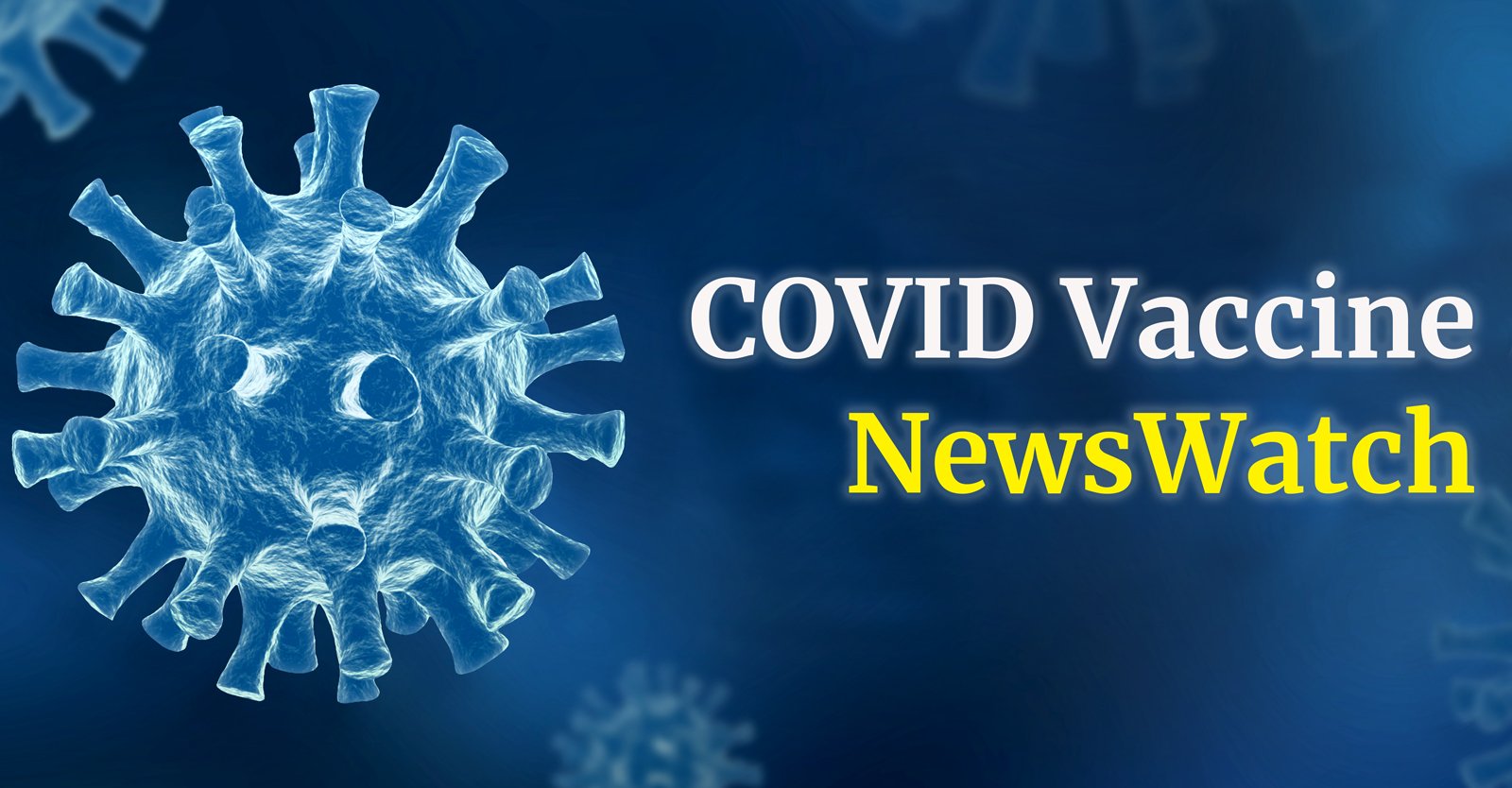 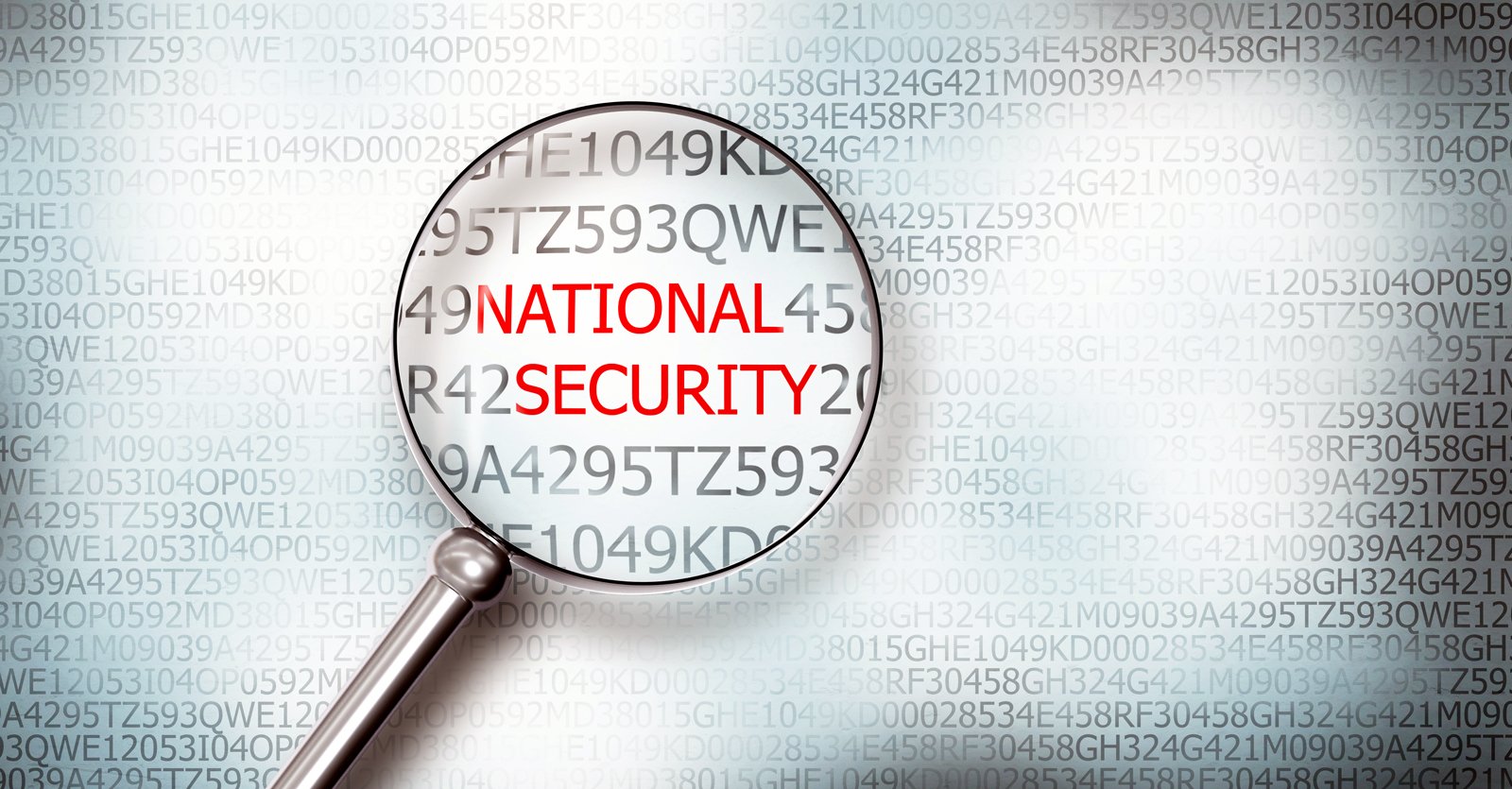 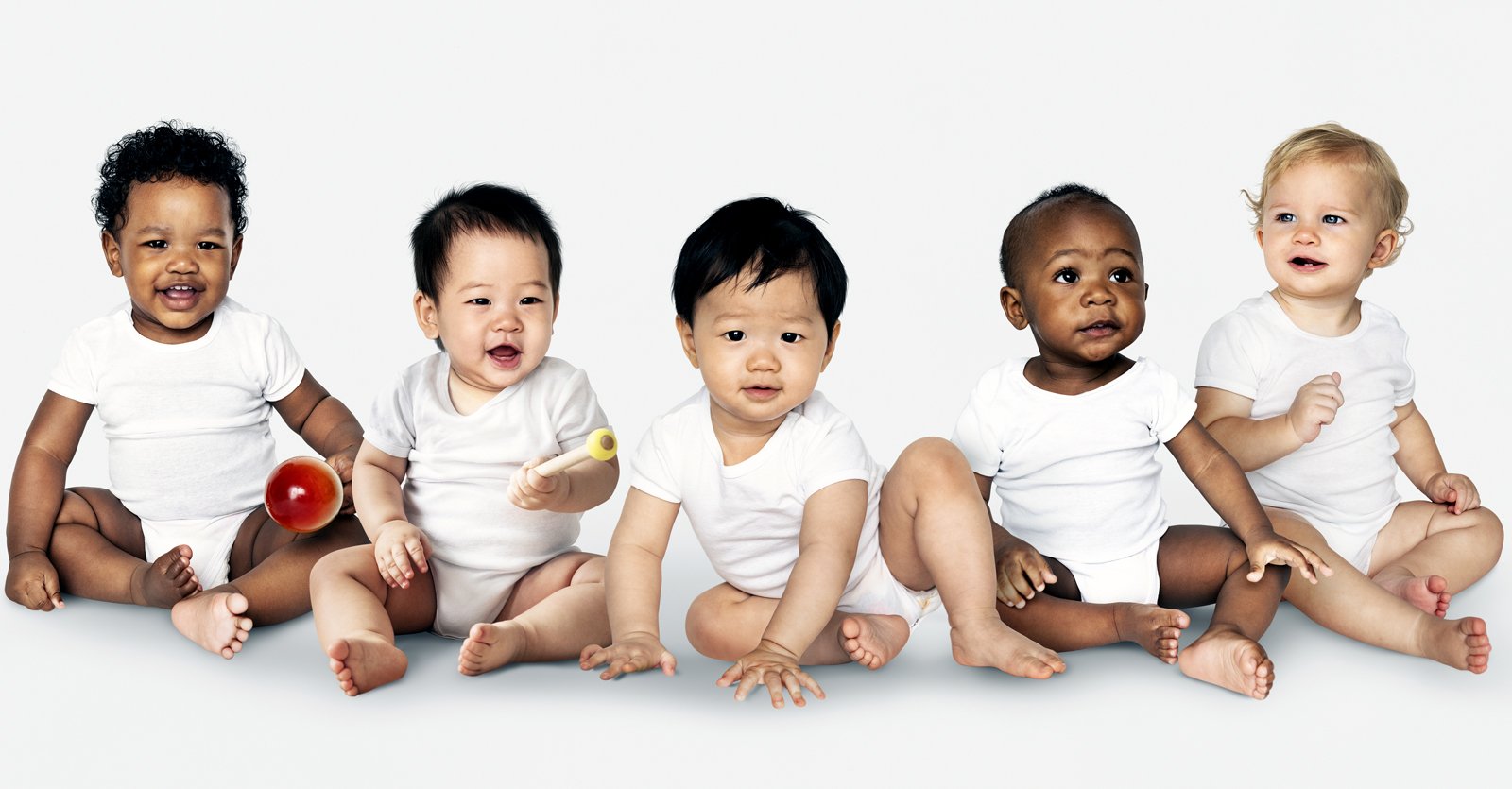 The Persuasion Game: Manipulating Intention to Get a Covid-19 Vaccine

Last December, the world’s leading vaccine experts met in Geneva and acknowledged that vaccine confidence was in the toilet. Despite the public health establishment’s best efforts to mock and dissipate “vaccine hesitancy,” these experts, convened by the World Health Organization (WHO), confessed that the number of citizens and health professionals raising questions about vaccine safety was spiraling out of their control. One of the attendees—a WHO-affiliated anthropologist who has made a career out of fine-tuning vaccine messaging and rebranding vaccine concerns as “rumors”—even admitted that there was no legitimate science to back up vaccine proponents’ bald assertions about safety.

As if by magic, SARS-CoV-2 and Covid-19 materialized early in 2020, just in time to recast vaccines as a solution rather than a problem. In fact, vaccines have been given a starring role in the tense global drama that is unfolding, with the media misleadingly promoting them as the best and even only “path to immunity.” Frustratingly for the vaccine pushers, this daily barrage of propaganda has not only failed to achieve its intended effect but is trending in the wrong direction. In the most recent poll, two out of five Americans (40%) indicated that they do not intend to get a Covid-19 vaccine, and the percentage voicing interest in a vaccine displayed a 10% drop since May.

Stumped by this recalcitrance, behavioral scientists have decided to take the persuasion game in hand, availing themselves of the bonanza of research dollars suddenly on offer for anything Covid-19-related. On July 8, Yale University quietly completed a randomized controlled trial assessing the impact of “Persuasive Messages for COVID-19 Vaccine Uptake,” and in late August, Vanderbilt University issued a press release summarizing results from a similar study. (The same types of studies are also being conducted to determine how best to convince people to socially isolate themselves, social distance and wear masks.) Both Yale and Vanderbilt happen to be hosting clinical trials for Covid-19 vaccines, and both institutions’ persuasion studies operate from the insulting premise that individuals making independent vaccine choices are cowardly, selfish and unscientific. Equally insultingly, the university researchers appear to believe that the ignorant masses can be manipulated into a different way of thinking if exposed to the proper messaging.

In addition, …  the survey measured social judgment of those who do not vaccinate, defined as the trustworthiness, selfishness, likeableness, and competence of those who choose not to get vaccinated after a vaccine becomes available.

Variations on a Theme

The Yale group wrapped up its survey in five days, randomizing 4,000 people to one of 12 groups to experiment with different strategies for manipulating attitudes and future behavior. With the exception of two control groups, each remaining group received one of 10 messages designed to tip the respondent into willingness to get a Covid-19 vaccine “once the vaccine becomes available.” The messages tweaked themes pertaining to freedom (personal or economic), social or economic benefit,  social pressure, trust in science, and bravery. In the latter group, for example, the message held up firefighters, doctors and frontline medical workers as the standard-bearers for bravery, while stigmatizing individuals making the choice not to get a Covid-19 vaccine as “not brave.” 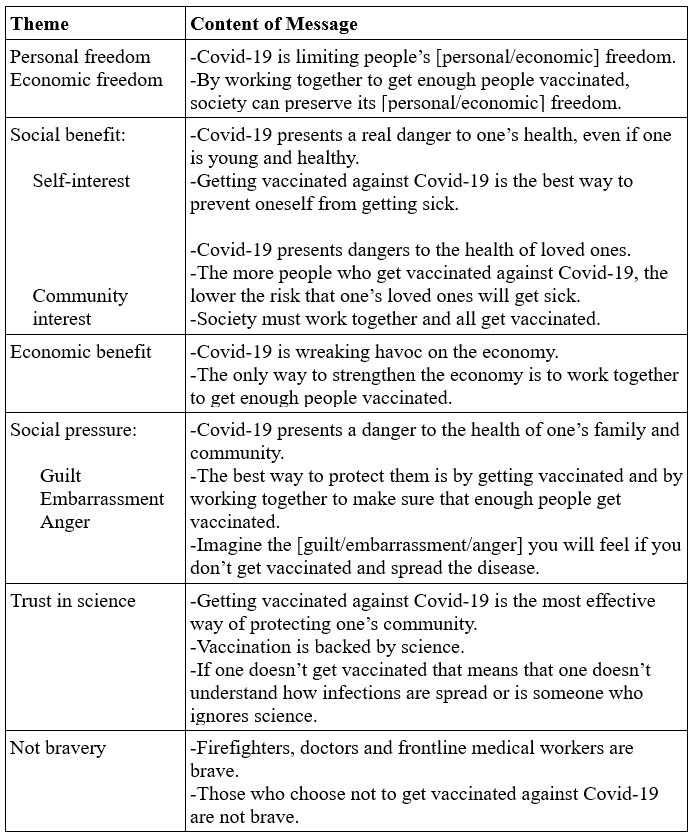 Although the Yale researchers were primarily interested in “intention to get a vaccine,” they also explored the impact of their messages on vaccine confidence, willingness to persuade others to take the vaccine and fear of the unvaccinated, showing that they intend to assail refusers from a variety of angles. In addition—in a blatant display of the divide-and-conquer shaming tactics that have been in use for quite some time—the survey measured “social judgment of those who do not vaccinate,” defined as “the trustworthiness, selfishness, likeableness, and competence of those who choose not to get vaccinated after a vaccine becomes available.”

Meanwhile, the Vanderbilt study assessed “personal risk preferences,” acknowledging that “immunization with a brand-new vaccine is a gamble.” After finding that the more “naturally willing” a person was to take risks, the more likely they were to say that they planned to be vaccinated, the investigator went further, experimenting with how to convince “risk-averse” people to take a Covid-19 vaccine. This second experiment compared one message emphasizing “social duty and benefit” (defined as herd immunity) with a second message emphasizing the hypothetical vaccine’s “high rate of effectiveness, limited side effects, and approval through a standardized and rigorous process.” For the risk-averse crowd, she found that while the herd immunity argument held some sway, the second (“safe and effective”) message completely bombed. (The researcher noted that her study “did not investigate people who categorically refuse all vaccines.”)

Cutting through the propaganda

The Yale study’s economy-focused messages are particularly offensive, blaming a non-living organism for “limiting economic freedom” and “wreaking havoc on the economy.” More honest observers know that the real blame for the economic carnage of the past six months must fall squarely on the shoulders of the local, state and federal politicians and health officials who have imposed (and ruthlessly renewed) unprecedented, unconstitutional and non-evidence-based restrictions—euphemistically called “nonpharmaceutical interventions”—on a public whose fears they have helped stoke. As a late-July study published in the Lancet-affiliated journal EClinicalMedicine showed, the endless lockdowns and widespread testing have both been worthless in terms of lowering overall mortality. J.B. Handley states:

[L]ocking down society was a bone-headed policy decision so devastating to society that historians may judge it as the all-time worst decision ever made. Worse, as these clear facts have become available, many policy-makers haven’t shifted their positions, despite the fact that every hour under any stage of lockdown has a domino-effect of devastation to society.

Now, these same policy-makers—with the willing collusion of bottom-feeding behavioral scientists who make their living by devising clever propaganda and exploiting sincere human impulses such as altruism and courage—want to manipulate the public into giving up personal freedoms and accepting coerced and experimental medical interventions. Fortunately, the crowds that assembled last weekend in Berlin, London, Ottawa and numerous other cities around the world showed that more and more people are rejecting mass hypnosis and coercion, whether psychological or physical.

The post The Persuasion Game: Manipulating Intention to Get a Covid-19 Vaccine appeared first on Children's Health Defense.

The Persuasion Game: Manipulating Intention to Get a Covid-19 Vaccine