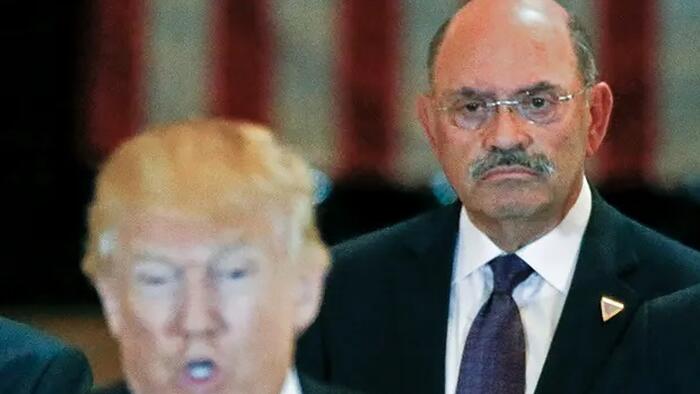 He has agreed to testify as part of the deal... 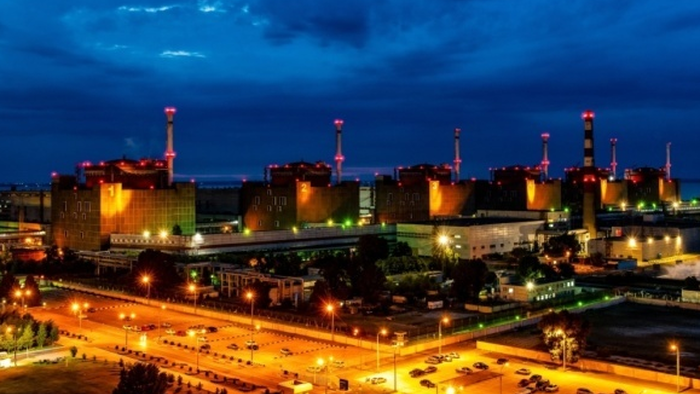 Moscow again rejects US calls for a demilitarized zone around the large nuclear power plant...

The Price Of Empire

It’s a striking fact of today’s world that the two rich societies in shocking, swift, sharp decline are America and Britain. Nowhere else in the world, for example, are real income, life expectancy, happiness, and trust all plummeting, apart from maybe Venezuela (No, “but at least we’re not Venezuela!” is not the bar to aim for, my friends.)

Their downfall is, of course, a self-inflicted catastrophe. But the interesting question is: why? And what does it tell us about what it takes to prosper and thrive in the 21st century, which is something that America and Britain clearly aren’t doing, and maybe aren’t capable of doing?

Here’s an equally curious observation. America and Britain aren’t just any countries. They are the former hegemons of the world’s most powerful empires. Britain, until the first half of the 20th century, and America, picking up where Britain left off. Is this just a strange cosmic coincidence — that it is the two greatest empires of the most recent past who are the ones seemingly most incapable of meeting the challenges of the 21st century? There aren’t coincidences that great, my friends. Such tides of history always whisper lessons to be learned. What is this one trying to urgently teach us?

That there is a price to empire. A grave and ruinous one. And that price has grown over the centuries  –  so high that now, it is not worth paying anymore.

Let me explain what I mean — because it is not just about spending too much money and grasping too high. Not at all. It is about the kind of a place and people such a country ends up limited to being — and perhaps can then never really easily outgrow.

To be a great empire, you must also be a certain kind of culture, society, place— a people with a certain set of values, a certain kind of attitudes. You must cherish control and prize possession over humanity and empathy and wisdom. You must value brutal competition above all else — and train your children to be little warriors, basically, whether tossing them into seas, like Spartans, or making them do “active shooter drills.” You must be domineering and controlling and vengeful, feared, not loved — you must come to prize anger and rage as the only true or worthy emotions in life, not, say, intelligence gentleness, kindness, or happiness. The primary objective of your institutions, the aspiration of your best and brightest, must be subjugating others, instead of lifting them up — after all, empires are made of subjects, not equals. You must instill in people an admiration for violence — since empires are run with bullets, whether fired from drones or armies. Your science and art and so forth must be dedicated, fundamentally, to the proposition that somehow, you are the natural masters of the world which is your dominion — no matter how they claim to admire freedom and equality and truth. You cannot plan for any kind of long term good — your primary motive is simply to acquire, colonize, plunder, take the next possession.

In other words, to be an empire, you must cultivate the qualities of cruelty, of selfishness, of greed, of tribalism, socially. Of materialism and acquisitiveness and conformity to greed and selfishness, mentally. You must encourage the rise of supremacy and triumphalism and bigotry and misogyny, culturally. You must attach to all human life just one purpose: not happiness, or belonging, or the growth of meaning and purpose, but material gain, whether it’s measured in colonies, protectorates, slaves, bodies, or GDP. Thus, the overarching organizing principle of your entire empire must be just this: the strong survive, and the weak perish. Everyone — even the weak — must come to buy into this principle, treasure it, cheer it, applaud it — even when they themselves are the ones being destroyed. Just think of how Donald Trump embodies all those values to a comical, disgusting degree.

How else are you to run an empire? How else are you to convince people to go out there and conquer the world for you — instead of happily tilling their fields and loving their children, taking fields and children from others? You can’t do it without accomplishing most or all of the above. Every empire from Rome to Egypt to America to Britain has needed to build these ramparts and beams of the human mind and spirit to be an empire. Empires are Darwinian things, little pecking orders of humanity — what they are not is democracies, really, though they might be so in name, they cannot be in spirit, in intellect, in sentiment, in truth.

Now. Let’s observe the state of America and Britain today — and then connect the dots. What’s really curious about them? Just think of Trumpism and Brexit as you read the next paragraph.

Don’t these two lists seem weirdly, eerily, strikingly similar to you — the list of the qualities it takes to be an empire, and the list of savage, intractable problems afflicting Britain and America, which have caused them to crater into extreme ruin? That’s not a coincidence either. It is cause and effect. Let me put that more clearly.

America and Britain built the world’s two biggest, most powerful empires — ever, period. Sure, America didn’t call countries it’s colonies — it said (LOL) that it “liberated” them. What that means is that they effectively became colonies of American style predatory capitalism (take a look at Puerto Rico — or Iraq.) Just a century ago, half the world was a British colony — I don’t need to tell you that story.

Now, the problem with a colonial mentality, attitude, society, way of life is this. What happens when you run out of stuff to colonize? After all, sooner or later, you’re going to run out of tempting frontiers, helpless savages, Manhattans to trade for beads, fish in the ocean, and so on, right? That day might seem a long way away — but it has to come, after all. Well, then, my friends, you are screwed — if you can’t give up the colonial mindset, then you will have to colonize yourself. What do I mean by this curious phrase, “colonize yourself”? I mean that you will have to exploit your own people the very same way that you exploited others before. You will have to teach them to exploit each other, just the same way that they once exploited poorer people of different “colors” and creeds, when there are no more of those strangers in new frontiers left to conquer, no more fresh mountains left to plunder.

And that is exactly what happened in America and Britain. It’s most obvious in America. When there was no one else left to exploit — first it was slaves, then it was subhuman blacks kept segregated, then it was various countries who were “liberated” by war for their oil and cheap labour — bang! Americans were told to turn on themselves. They obeyed. What else did they know? That is what they’d been told all their lives — that this mindset of exploitation and violence is good. So off the American went to work as a manager at an HMO, where his job was to deny people healthcare, or as a minor-league corporate droid, where his job was to find cleverer ways to jack up profits he never even saw a larger share of.

(It happened in Britain, too — only in a roundabout way. Though Britain tried to overcome empire’s hangover, by building great public institutions, like the NHS, in the end, the values of greed and selfishness and hate, the need to be supreme, won out. But all that meant was that Brits began to exploit each other. That is not just what Brexit clearly shows — but its root causes, Brits getting poorer for a decade or two, as they turned on each other.)

You see, giving up something like a colonial mindset is not easy. It is addictive, just like any easy pleasure. It’s much easier to suppose that my prosperity comes from taking yours, at the point of a gun — whether or not I call it “liberation” — than it does from recognizing you as a human being, doing the hard work of lifting you up.

But the truth is that is precisely where prosperity comes from: me lifting you up. Not me colonizing you. That is the greatest lesson of the 20th century. How do we know? From the nations which truly turned their backs on empire. Many other nations had empires, too — just not ones as great and strong. So perhaps they were easier to let go of. Or perhaps it was the great war and its horrors which taught them the lesson better. Still, nations like France, Germany, and Spain did a better job of letting the colonialist mindset go. After the war, Europe tried hard to build a new continent on a new attitude — wealth would not come from seizing it from others anymore, but from cooperating to lift one another up. What had the road of seizing wealth, life, prosperity from others ended in after all — but horror and ruin?

But English speaking societies, it seems, never learned this lesson. There are days I wonder if they can. They are too wedded to their colonial mindset — attitudes of supremacy, of being-number-one, of not being able to treat anyone else as an equal, of an inability to cooperate, of anger as the primary emotion in life — to make any progress now, it seems to me. The English speaking countries probably won’t lead the world in the 21st century. That shouldn’t be controversial. They can barely manage themselves at this point. But the lesson, I think, cuts deep and true.

The price of empire is that maturity, psychologically, socially, economically, culturally, becomes harder and harder, every day. Maturity beyond what, exactly? Beyond violence. Beyond stupidity. Beyond greed and selfishness and cruelty. You see, the Anglos of the world have never given up their strange love of and lust for all these things — whether it comes in the form of suddenly insulting their neighbours, building walls, starting needless wars, whether wars of trade or wars fought with missiles, drone-bombing children to death, or the subtler violence and greed of people taking their neighbours’ healthcare and jobs and savings away.

But violence and greed and cruelty cannot lead anyone anymore to prosperity in the 21st century. There is nobody left to colonize and exploit left but yourself, your very own society, in a world which is out of easy frontiers and helpless peoples. Nobody’s trading Manhattans for beads anymore, are they? And so violence and greed is only left in one form: self-destruction. Funnily, ironically, foolishly, tragically, the only choice that English speaking world seem able to make anymore is self-destruction — because the problem is that empire’s price is an addiction to ruin in the first place, but in the end, there is no one to ruin but yourself.

The Price Of Empire