“Seeing how people evacuate themselves into this living shell of digital life, it’s the final clue that we need to learn how to step out of this one.” @jarue369

‎Conrad: Best Apocalypse Ever with James True on Apple Podcasts

Someone make a VAERs Quilt.

Giant Alice ☘️ One of the Sovereign@_Drink_Mee

A hospital in my area is asking local artists to submit their work for display in their halls. I thought maybe a painting of all the nurses who lost their jobs would be nice. Or maybe a patient dying alone? Ventilators? 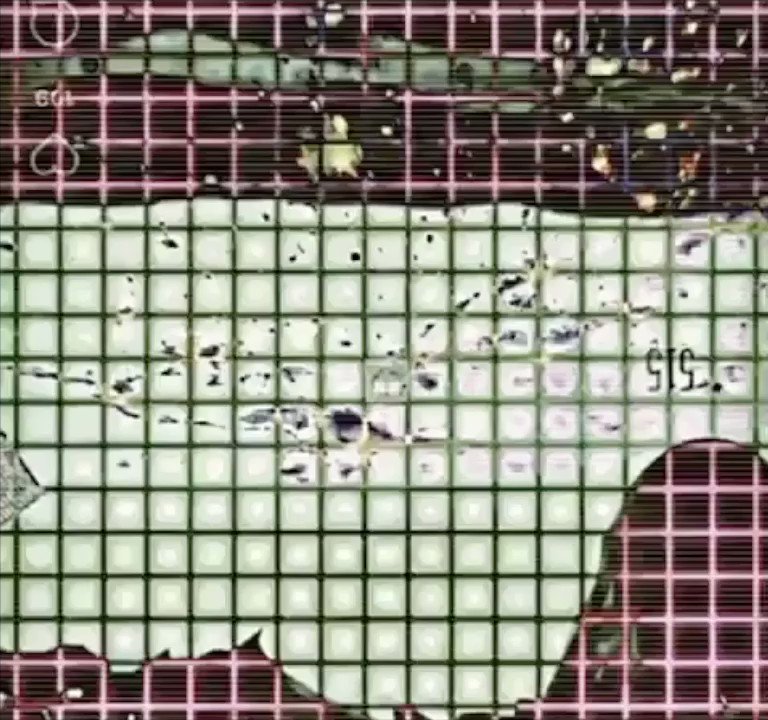 The roots of Sidley Austin LLP sprouted as the Civil War was closing. Two men hijacked the insurance industry in a single year from the flames of the Great Chicago Fire. They went national by underwriting the Securities Act of 1933. They set their eyes to Washington. The firm represented the American Medical Association, the American Bar Association and currently is the 6th largest corporate law firm in North America. They moved into the North Tower of the World Trade Center in May 2001. Barack Obama worked at this office and is rumored to have met Michelle Obama for the first time in the North Tower.

Rosemary Smith was 16 years old when she got her first job as ticket girl at the Brooklyn Paramount Theater. She survived the first WTC bombing in 1993 right after joined the firm as a switchboard operator. She was very close to her daughter and grandchildren. She was an aspiring chocolatier and had no idea she would be a sacrifice. Sidley Austin Brown & Wood LLP had 600 employees in WTC, occupying floors 54 through 59. Rosemary’s desk was on the 57th. She was the only person at that company to come to work that day. The very first explosion in the first tower took its very first victim, Rosemary Smith. Her skin evaporated instantly. Twenty-seven trillion blood cells burst into flame. In the North Tower a circle had been drawn. In that circle a switch was placed. The spell was orchestrated by some unknown director. It had a circle. It had a sacrifice. It had a resonator.

David Rockefeller was on his knees at Ground Zero. It was Aug 3rd of 1966 at 12:34 in the morning. A circle had been prepared in the soil for the Satanic Revels. This was a call for sex rituals from all of the bodies’ openings. Rockefeller was the opening ceremony. He paced into the center where black dirt had been unfolded into the shape of a vulva. It held a fresh pool of menstrual blood gleaming like a cat eye. David plunged his golden spade into the island of Manhattan. He grunted out a spell of intention as his dimpled ass-cheeks spilled his pale seed into the bloody crevice. His pelvis convulsed and shuttered. David relished the eyes of his party of witnesses. He took his time. His mouth was slimy. He moo’ed and grunted in their presence. At one point he was howling with his back arched into a crescent. He was feeling his animal. Just as it began it was over. The finished man stumbled for his silk pants while people helped him tall again. A musical orgy had erupted behind him. The remainder of the morning was an olympics to depravity. David found new boundaries to cross as they celebrated the rise of the eastern star. David’s vision was closer. His will and intent was mended in blood and witnessed.

Rockefeller’s plan was to bury a steel tuning fork deep in the bosom of Manhattan. Each tower would be wrapped from dirt to sky in solid metal. Its thick outer walls were kept hollow for resonance. Rockefeller’s 110 story instrument would play the song of 2,996 people being sacrificed on live camera. Every morning, David woke up next to this satanic vision. It became his kinky mental lover. It played through his body and mind at every breakfast. The evilness of his vision became his identity. He would make a masterpiece for Moloch.

Satan is a title, not a creature. Rockefeller was competing for the throne. He wanted to thrust a dagger straight in history’s eye socket and cackle as it bled in his vision. Rockefeller’s golden child, the Star of David, was fulfilling his destiny. He would become the very king of evil.

Masonic symbolism places a special meaning on the two towers. They can be traced back to Solomon’s Temple and the pillars of Jachin and Boaz. In I Chronicles 17:1 King David expresses a desire to build God a temple but the Lord declined him. Fitting, as these two towers are instead used by the psychopathic elite to justify ritual murder. The tower of Justice is a swift strike with no trial. The tower of Mercy is the slow kill following a warning. It takes a twisted mind to label a ritual murder with words like “mercy.” But this philosophy is the very fuel of satanism. David has become a master of reason. He is no longer a slave to the limits of morality. Through mental alchemy, David can turn any act of violence into a consenting relationship between two mortals. No depravity is off limits. No one is safe or ever truly innocent.

Oswald Adorno was 19 and expecting his first child in August. The year was 1975 and they were living in the Bronx. He was employed as a wall and floor cleaner in World Trade Center Tower 1. The North Tower. Oswald was in the private bathroom of a vice president’s office. He was watching himself watching someone in the mirror. He spread his fingers like talons and grabbed the rolls of his belly and shook it. He exhaled loudly as he met the eyes of his reflection one last time. He told himself, “We have to do this now.” Oswald followed the instructions carefully. He was on the 11th floor of the North Tower starting his sixth fire in a telephone access closet. He had fourteen minutes to exit the building and collect $6,000. The Valentine’s Day fire ritual had begun. The North Tower fire spread to 6 floors total. It was suppressed by the efforts of 132 New York firefights.

A few days later, David Rockefeller surveyed the damage in his North Tower. He didn’t know who was behind this petty spell. He was disgusted by an amateur coming in and pissing on his carpet. He felt shame underneath his floppy waxed hair. It occurred to him this was payback for the ritual orgy 9 years ago. The audience of hyenna’s he ceremonially obliged to lick his asshole were bloodthirsty and impatient. David saw how his tower could be stolen. Evil could be dethroned by a raven swooping in to steal the catch. He must be vigilant. The memories of the first ritual on the ground sent nervous rivers of electricity up his spine. He braced himself against a charred door frame and felt the memory of eleven ritual tongues inside him.

The masonic ritual stage is curtained between two towers. The floor of this stage is called the masters carpet. This carpet is a magick holodeck. It is virtual reality placed in the real world. David selected Manhattan for his carpet. He would put the city into a trance that would resonate all over the world. On September 11th, the North Tower of Justice struck with no warning. The South Tower of Mercy gave pause before its ring. A ritual circle of water sealed off the island. The streets of New York became a satanic checkerboard of fear and paralysis. Rockefeller cast his spell from a torch inside the copper hands of Lucifer. He was the light bringer, the master magician.

The Statue of Liberty island was closed on Sept 11th. It remained closed for years after Ground Zero. Liberty had alchemically morphed into Lucifer, the Copper God. The torch became a firestarter. It witnessed an archway made of billowing smoke between the vibrating pillars of burning humans. David Rockefeller turned “the tired, the poor, the huddled masses yearning to breathe free” into a passover lamb. The depravity of the symbolism gave him an erection.

We thought George W. Bush was stupid. On Sept 11th, he was at Booker Elementary School holding a book titled “My Pet Goat.” He was listening to a mantra from a group of spelling children. The innocent voices were sounding words from their teacher, “Plane. Steel. Must.” They repeated each word over-and-over. One of the King’s men whispered to the President about the first tower. He nods in approval and remained still and seated. He is not  stunned. He is not sad. He is not angry. A tiny smile curled in his eyes as he pretended to gaze at the children for cover. The energy of the lie was surging through his system. He was confined to the ritual of the live camera. He could barely contain himself. Like father, like son. A few weeks later, at Ground Zero, he unsheathed a bullhorn high in the air as he stood king of the pile of rubble. They cried for him to “Save us!” He relishes the deception as he slowly thought to himself, “These people are stupid.”

We will not find the culprits of 9/11. This was a psychotic ritual rape and pillage of a government and a people. Every kind of evil from every kind of corner crawled into the city.  They were given the time. They knew the location. This is the true evil of 9/11. It still lives with us. You see it in the face of its disinformation. Sweet men with soft eyes, perched atop mushrooms, tickling our ears with a rainbow of smoke from a tube. The doctors of misdirection played the heartstrings of patriots so desperately wanting to muster. We can’t even speak on how or who now. If we try, I will lose you in the kaleidoscope of misinformation. Instead, let’s just be quiet together for a moment. Let us find ourselves in the silence. We can meet in the one place where we can truly hear each other. We all share a reverence for the truth. Let’s resonate with each other on the memory of what keeps happening to us.

We have to wake up now.

Conspiracy is the magic word for sleep. We remain frozen in hypnotic tales of a magic bullet that killed a president; a $21 trillion accounting error; an intelligence agency that knew there were WMDs;  the free-fall collapse of building seven from an office fire; or even a dozen box cutters taking out the most expensive air defense system the modern world has ever known. We continue to breath the voodoo dust of trauma. We have to wake up now. It is time to wake up.

David Rockefeller was declared dead at the age of 101 on the Spring Equinox of 2017. His legacy has been instrumental in establishing the United Nations as well as the Trilateral Commission. David welcomed a machine to this world on Sept 11th. He opened a doorway for a new world order. All of it controlled by his own energy, frequency, and vibration. The Internet of Things. The wonders of 5G. He can’t wait to show you all his plans for our future. No other creature has done more to push for the indoctrination of nations and children under the hands of a global central puppetmaster.

Go to Part One, The Anatomy of Satanism and Pedophilia