The rapture is the Feast of Trumpets as Trump dines on the slaughtered remains of the economy. 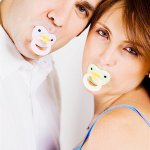 From the time he was born they told him he was perfect. And so he was. No one’s spine towered taller than Jared Kushner. He had been trained for the best by the worst. Charles Kushner, the father of Jared, is a lifelong friend of Benjamin Netanyahu and a convicted felon. The two of them would turn Jared the child into a messiah for globalism. Such is the life of a thoroughbred human. They’re carved from marble for a purpose. His chemistry was being tuned as early as age four. Netanyahu tells the press about the night he slept in Jared’s bedroom. His tender story is a ritual anointment before the world. Jared will win every room now with his essence. Everyone agrees he’ll be the chosen of the chosen. Behind a slender skull, Jared discovered his aura was more valuable than he was. He’s a raccoon curled up in the cold fireplace of an abandoned mansion.

A treasure chest is a mystery before it’s opened. When eyes peak, the probability wave collapses into its particles. An X on the map marks the spot where we bury a great expectation. Before the death of wonder, anticipation was the knife pealing its trough through the water. Jared Kushner was the masthead on the ship of Zionism. He will lead his ancient crew wherever they turn the wheel. They polish his wooden boobies and paint his hair with pride. He’s a figurehead crucified in the wind on the beak of the “Second Coming.”

On a Captain’s orders, the media raised Kushner up from the forecastle. They were generous with his essence. Fox heralded him a marketing genius for selling MAGA hats with Facebook ads. Hillary supporter Eric Schmidt said, “Jared Kushner is the biggest surprise of the 2016 election.” Peter Thiel, the Trump supporter says, “Jared was effectively the chief operating officer.” Nicki Haley, on her resignation calls him, “a hidden genius no one understands.” The golden child is raised up from both sides of the aisle and placed on a golden pedestal. He is the Ark of their Covenant. He rides the glory seat of atonement as a living sacrifice. Jared’s purpose is to be the center of the world.

In Hebrew, the word Messiah means “Anointed One.” Admiration is the modern version of Holy Oil. Kushner was anointed from all sides by a kingdom of money and cameras. He has a part to play to repay his debt like Perseus. Freewill was removed from his chassis a long time ago. Trumps says Kushner is the only one who could broker peace in the Middle East. Israel’s defense minister, Avigdor Lieberman, said, “What we know, he’s a really tough, smart guy, and we hope he will bring new energy to our region.”

On January 12th, 2007, the most expensive building ever sold was bought by a 25-year-old Jared Kushner with a downpayment of $50 million. The 666 Fifth Avenue keys fell in his hands for $1.8 billion. The numbers one and eight are the sum of three sixes. The address and the price are harmonic to the magician. Jared was being anointed in numerology’s Holy Oil. 666 is the kabbalistic number of the sun. It’s also considered the number of man. Carbon is an element with six electrons, protons, and neutrons. Kabbalistic magicians don’t want the outer church tapping into the magic. 666 is shrouded as the number of the devil and the mark of the beast. Fear is the magical fencing around symbology. When Q says symbology will be their downfall, he neglects to say symbology is how they rose to capture it. 666 is a tuning fork of Kushner. It gives everyone with ears the ability to sing the same song.

Jared lost $800 million on 666. The media didn’t mention that on his record. They protect their idol from tarnishment. CNN clears Kushner by saying his father, “pushed Jared to do the failed deal.” Charles Kushner said, “We shy away from anything that could have a negative impact on Jared.” CNN anoints him with more generosity. They exposed a plot against Kushner by Democrats to stall or kill his business. Even CNN believes in his essence. They defended his reputation with hints he was hunted by antisemitism.

It’s weird how Jared Kushner’s dad paid two prostitutes $25k to seduce, record, and blackmail two witnesses. The smallest of worlds appear when you find out the US Attorney who nailed him was Chris Christie. Kushner is well-versed in the art of blackmail, extortion, and sex tapes. Anthony Weiner knows this kind of leverage all too well. So too, does Epstein and Clinton. Why did CNN miss the chance to print, “Trump’s in-law convicted of blackmail.” That’s a lot of jet fuel left in the sun to evaporate for no reason. Maybe CNN’s reasons were hidden. Charles Kushner got two years in prison for tax evasion, illegal campaign contributions, and witness tampering. They could’ve made a Lifetime movie series but they didn’t. The golden child had been anointed by the media. Nothing would stop The Second Coming or its captain.

“[The Kushner case was] one of the most loathsome, disgusting crimes that I prosecuted…and I was the U.S. attorney in New Jersey.”  Chris Christie

When Israel and their media anoints a golden child something special happens. A hive of billionaires turns their needles in the same direction. Kushner becomes Polaris; a human Mecca for Zionism. And when billionaires turn, so too must the people’s allegiance. Israeli American billionaire, Haim Saban ($3.4 Billion) was a heavy donor to Obama and Clinton. Saban’s keynote address at his annual event features a conversation with himself and Jared Kushner. On stage, Saban pours his Holy Oil onto Kushner as the bringer of a new era. The power of the messiah is the prana of mass agreement. Belief is a thick stream of plasma and lifeforce. When it’s ordained or anointed the effects are amplified exponentially.

All of us are vessels of Holy Oil. It pours out with our conviction and attention. Time rubs this oil deep into the altar. Thiel ($2.5 Billion), Schmidt ($11 Billion), and Saban ($3 Billion) are billionaire vessels revered in their own congregations. So sayeth the billionaire, so sayeth the flock. The entire budget of the Republican and Democratic committees is less than 2% of Les Wexner’s fortune ($7 Billion). He is an owner of many horses like Epstein. He can’t be the only pedophile math teacher someone kept in their stables. These billionaire Cardinals are shielded by a forcefield of government. To end pedophilia, we must withdraw our consent from their puppets.

We underestimate the power and influence of billionaires. They are forces of nature. In many ways, they are above government. They are formidable opponents when you measure their influence and firepower. George Soros ($26 Billion) has been banned from operating his NGO in his native country. Corruption is calling a One World Court into existence. A corrupt billionaire on trial would drag us all into the machine while we cheered “justice.” From NGO to NWO, we are cornered by billions of cones directing the traffic.

There’s just no fooling some people. Or so they believe. Smart people are blinded constantly being told how smart they are. Their deficit exposed would feel like a violent attack. This is the essence of the golden child syndrome. It is so blinding doctors can’t fathom vaccines as unsafe. Engineers can’t picture the Apollo Program fraud. Lawyers lack the ability to scrutinize Building Seven. Golden children are abused on a pedestal. Scapegoats are neglected in the basement. Both suffer from abandonment inforced through isolation.

Trump’s victory hinges on a wall. Nothing helped that more than a migrant horde rushing the border. Our controllers wanted an archetypal Cyrus. He carved the way for the rebuilding on the third temple. Trump was made in Israel a long time ago. He would be the underdog no one thought could win. His victory was an anointment secured with the hand of his daughter. Trump said, “If Kushner can’t bring peace to the Middle East no one can.” And so he will. Jared Kushner has been named the Moshiach.

Julius Caesar painted his face red to ascend the temple of Jupiter. Trump glows like an orange Cyrus from an aura of gold. Trump will bring in a messiah for the Middle East. At least that’s what they expect of him. There are eleven Holy Spices in the Tabernacle incense. For the first time in 2000 years, ten of them are burning. A virgin lamb was sacrificed in the presence of the Temple. The carbon-black ash of hate in the Middle East has been stoked for a ceremony of cleansing. Peace will reign as a golden child sounds it from his horn. In Rome, narratives like these were hatched by Triumverates. Governments within governments. Secret societies working in the open. But we are inside a much older drama now. The story has swallowed us deep in its cave. America will love the golden child’s gleam as he lights up a cavern of darkness.

As rehearsed, Marc Antony stood up in the crowd and said. “I wonder? Could it be that Julius Caesar is a God who walks among us?” The puddles of revelry in the courtyard stopped in unison. They turned to Antony like a compass as pearls were clutched at the thought. The subversive insertion of divinity spread through everyone’s mind like venom. Caesar waited the prescribed three minutes and eight seconds before speaking, “Now. Now.” The grumbled ripples parted as Caesar addressed the inquiry like a matador. “Marc Antony lays laurel where no man’s feet may go. I assure you, by my mother’s complaint, my feet were made from clay, not heaven. As was my cock that crowed that very first morning.” The crowd burst into laughter at the joke. Caesar had stuffed his fingers into his armpits and charged through the crowd as if to peck Marc Antony for his suggestion. These men held the vanity of laurels between them. Two years later, Julius would be hailed a god in his newly consecrated temple. The golden boy rose from the injection of drama penned the night before.

Twenty-seven states have declared it a felony to boycott Israel. The state of Florida has lost the First Amendment on a public campus. It doesn’t feel plausible that a 102-year-old Balfour Plan was defeated in a general election with the help of Zionists. It’s hard to look behind a holocaust and call out the truth. But it is our duty. World War II was a burnt offering and our taxes and consent paid for it. The people we call Nazis were already embedded in America arranging for Operation Paperclip to bring more home. Countries aren’t what we think they are. Washington DC is not broken, it continues to work perfectly. We have to change the subject on government. It’s the only path left to wisdom. We have to keep injecting new ideas until we build up a tolerance to consider one of them.

The post The Second Coming appeared first on James True.