“Be curious, not judgmental.” Walt Whitman

"Vaccinated but not yet 14 days after the last day" group data finally leaked - by mistake - by Alberta authorities. Damning. EXACTLY what we want to see from all sources tracking cases, hospi. and deaths every month since the vaccine program started.
https://metatron.substack.com/p/alberta-just-inadvertently-confessed

You know you're right over the target when they try to cover their tracks by deleting stuff from the web!
Unfortunately for them, we've been playing this game long enough to keep the receipts.
Here's looking at you, @YourAlberta!

History will remember this 2nd Opinion Round Table as a turning point. 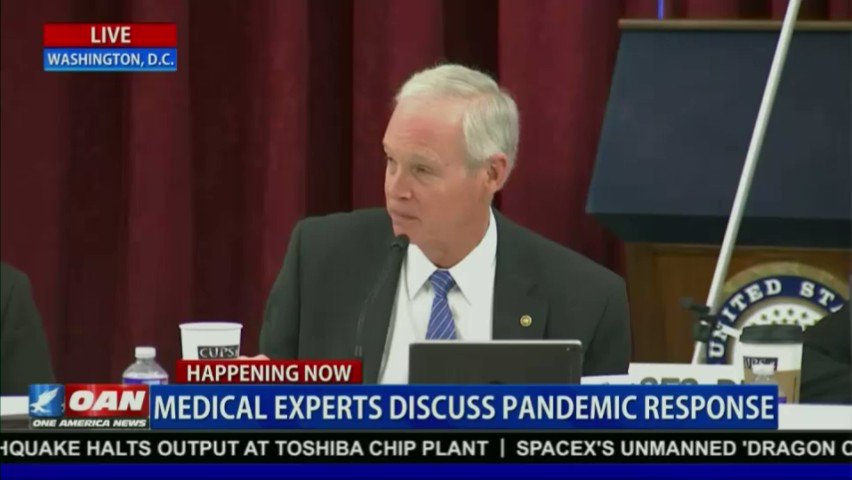 Medicine used to be —and should be —a free exchange of ideas.

IF YOU READ THE NEWS, every time any story deals with vaccines, we’re told the same story, over and over – that vaccines do not cause autism, that the ‘theory’ (a misuse of the term) was ‘debunked’ because a doctor conducted a fraudulent study and the study was retracted, and that many other studies since have determined there is “no association”…

They ignore studies that have been conducted since that HAVE found association.  That’s called ‘cherry picking’.

(2) What no one seems to understand is that since that study, and since the apparently fraudulent studies that cooked the data ten times over to lose the association, and that are only correlation studies anyway which will forever fall short of sufficient evidence for causality, no one has tested the hypothesis that Congress mandated in 1986 – namely, the hypothesis of genetic susceptibility.

Clearly, if vaccines do cause ASD, not everyone who receives vaccines develops or regresses into autism.  That means the whole-population epidemiological studies tested the wrong hypothesis.

If there is a genetically susceptible subgroup, shouldn’t THAT be the hypothesis that is tested?

We have a forthcoming peer-reviewed major scientific review entitled “Autism is an Acquired Cellular Detoxification Deficiency Syndrome with Heterogeneous Genetic Predisposition” that cites over 185 studies that pulls the full picture together.  I won’t go into too much detail here, it involves the combined stresses on protein folding from metals and genetics (leading to a specific type of ER overload called “ER Hyperstress”)… but I just wanted to share this awesome infographic flowchart, and a link, so readers can get a glimpse of the completeness of the model of how genetics combines with vaccine metals to unleash, in some people, a cascade of events that lead to the full spectrum of symptoms and co-morbidities associated with autism.

Here’s the link to access the figure, as .jpg, .tiff and .ppt formats.
http://ipaknowledge.org/ASD-Causality-Model.php

Before you say “that theory has been debunked”, well, no, actually.  The hypothesis that “Vaccines cause autism in some people” has never been specifically, head-on addressed by any study that overtly considers both genetic risk and environmental exposures and that considers all vaccine exposures.  Same for ADHD and autoimmune diseases, by the way.

You can read 1,000 studies not commonly considered on the vaccine/autism link, but are nevertheless available, published, peer-reviewed, and not retracted in my book, “The Environmental and Genetic Causes of Autism“, published via Skyhorse Press, available at Amazon, or by request via your favorite local bookseller.  It is also available via Barnes and Noble online, or by request in the store.

And, here’s the flowchart!  We will be working to make a version via which the literature supporting each step is accessible via links in the image.  To help make that happen, support IPAK with a small monthly donation!