As the COVID-19 plandemic unfolded in 2020, honest journalists not employed by the pharma-funded corporate media did real investigative research into this “new” deadly “virus,” and it was quickly discovered that this “virus” had never in fact been isolated and seen, and that the PCR tests used to “detect” it were meaningless. See:

However, the fact is that no virus has ever been isolated and detected, and one scientist who has been blowing the whistle on this false belief in viruses, stating that belief in viruses is a “religion,” is German microbiologist Dr. Stefan Lanka.

Dr. Lanka gained worldwide headlines in 2017 when he offered an award of 100,000 Euros to anyone who could prove the existence of the measles “virus.”

The medical establishment tried to call him out on his statement to collect the award, but Dr. Lanka disputed their evidence, and the matter went into the German court system, where the German Federal Supreme Court confirmed that there was not enough evidence to prove the existence of the measles virus. See:

Dr. Lanka’s assertion that viruses do not actually exist goes back decades before this event, however, back to the days when HIV research was being done.

Dr. Lanka stated that there was no evidence of an HIV virus, and that it had never been isolated, but that they were simply using “circular reasoning” to “prove” its existence, and that their claim for an HIV virus was not based on science at all.

Remember that the COVID-19 response team under President Donald Trump, as well as his director of Operation Warp Speed and his director at the CDC, Robert Redfield, all had previous ties to Bill Gates and HIV – AIDS research more than a decade before COVID-19, where their goal was to bring to market an mRNA vaccine to combat “AIDS.” See:

If this is your first exposure to the idea that there is no scientific evidence to support the existence of “viruses,” please keep in mind that the pharmaceutical industry is a very corrupt industry, and this is not even a fact that is in dispute.

An article just published in the journal Frontiers in Research Metrics and Analytics by Sergio Sismondo in Canada, titled “Epistemic Corruption, the Pharmaceutical Industry, and the Body of Medical Science,” Sismondo shows just how deep this corruption goes, and that is not simply related to “conflicts of interest,” even though that is a big part of the corruption.

Within the field of medicine, and science in general today, certain dogmas are accepted as true, and entire studies are conducted that accept these ideas as true, without ever investigating if the dogma is true or not.

The main reason why these basic premises are never examined, is because if they were found to be untrue, their entire business model would not only fail, but there would be serious legal issues to deal with from all the people killed or harmed by the products these studies stated were “safe and effective.”

I discovered this myself back in the early 2000s as I reintroduced coconut oil back into the U.S. market, even though the alleged “science” used by the USDA on dietary oils stated that coconut oil was harmful to one’s health simply because it was primarily a saturated fat.

They had to state this as “true” because if indeed it was not true, that saturated fats are not harmful to one’s health, but actually beneficial most of the time, it would completely destroy the lipid theory of heart disease, and the rationale used to market statin drugs that artificially lower people’s cholesterol levels, which they want everyone to believe will reduce the risk of heart disease.

The preponderance of the scientific evidence proves this cannot be true, but they control the scientific literature to support their beliefs, otherwise they would be sued for all the damaged lives resulting from the side effects of cholesterol-lowering drugs. Before its patent expired in 2011, Pfizer’s statin drug Lipitor was the best selling drug of all time, with no serious competitors.

When it comes to the belief in “viruses,” if the science actually fails to show that they do exist, then the entire rationale for developing vaccines and injecting them into people to fight “viruses” completely falls apart, and the pharmaceutical industry, including their cronies in government “health” agencies such as the FDA and CDC, would be liable for mass murder and criminal intent to cause harm.

I have found an interview of Dr. Lanka from 1996 by Huw Christie in London, discussing why Dr. Lanka states that the HIV virus has never been isolated and proven to exist. It is from the Immunity Resource Foundation archive, and there is further information here: https://www.immunity.org.uk

Dr. Lanka also explains how the PCR test used to “detect” the HIV “virus” is not accurate.

In the next clip, I include a portion of an interview with the man who invented the PCR test, Dr. Kary Mullis, who won a Nobel Prize in Chemistry for his development of the PCR test, explain how Dr. Fauci, who was heavily involved in HIV research and trying to develop an mRNA vaccine, did not understand the science behind the PCR test, and had no problem going on camera and lying about it, refusing to debate Dr. Mullis and others who exposed his lies.

Dr. Mullis died in August of 2019, a few months before the roll out of the COVID-19 plandemic.

The last segment in this video is a 2020 interview of Dr. Lanka by filmmaker Rai Gbrym, explaining how the PCR test was being used to convince people that there was an actual COVID-19 virus, but that like HIV decades before, it has never been isolated. More info on this clip, and the documentary HARM that Rai produced, can be found here:

This is from our Bitchute channel. It is also on our Odysee channel, and Telegram channel.

When people are confronted with this evidence, especially if they do not take the time to actually read the evidence, or to listen to the interviews of Dr. Lanka and follow his reasoning, the most common objection is: “But I had COVID! I know it is real.” Or “But I know people who have died from COVID!”

No, you actually do not know if what you experienced, or what others experienced, was actually caused by the alleged COVID-19 “coronavirus.”

All you know for certain is that you experienced some kind of sickness, where the symptoms matched what was attributed to the COVID-19 virus.

But remember, at the same time COVID-19 was allegedly being spread across the world, the annual influenza “virus” all but disappeared.

“Viruses” are simply names attached to a group of symptoms people suffer. If that particular strain of symptoms in 2020 would have been labeled as a “flu virus,” the resulting hysteria and “pandemic” lockdown measures would never have happened, because people are used to the seasonal “flu virus.”

In fact, the COVID-19 “virus” was simulated and planned in 2019 before it even happened, and Fauci and others admitted that people were just not afraid enough of the “flu,” but that they needed something else to ramp up the fear factor, such as the fear of AIDS decades earlier. See:

The primary false premise that almost all modern day science is built upon, of course, is Darwinian biology, which deals only with the physical part of life, and completely ignores the soul and our spirit.

Modern science based on Darwinian biology is a belief system, a religion, and has almost nothing to do with real science.

To learn more about this, see: 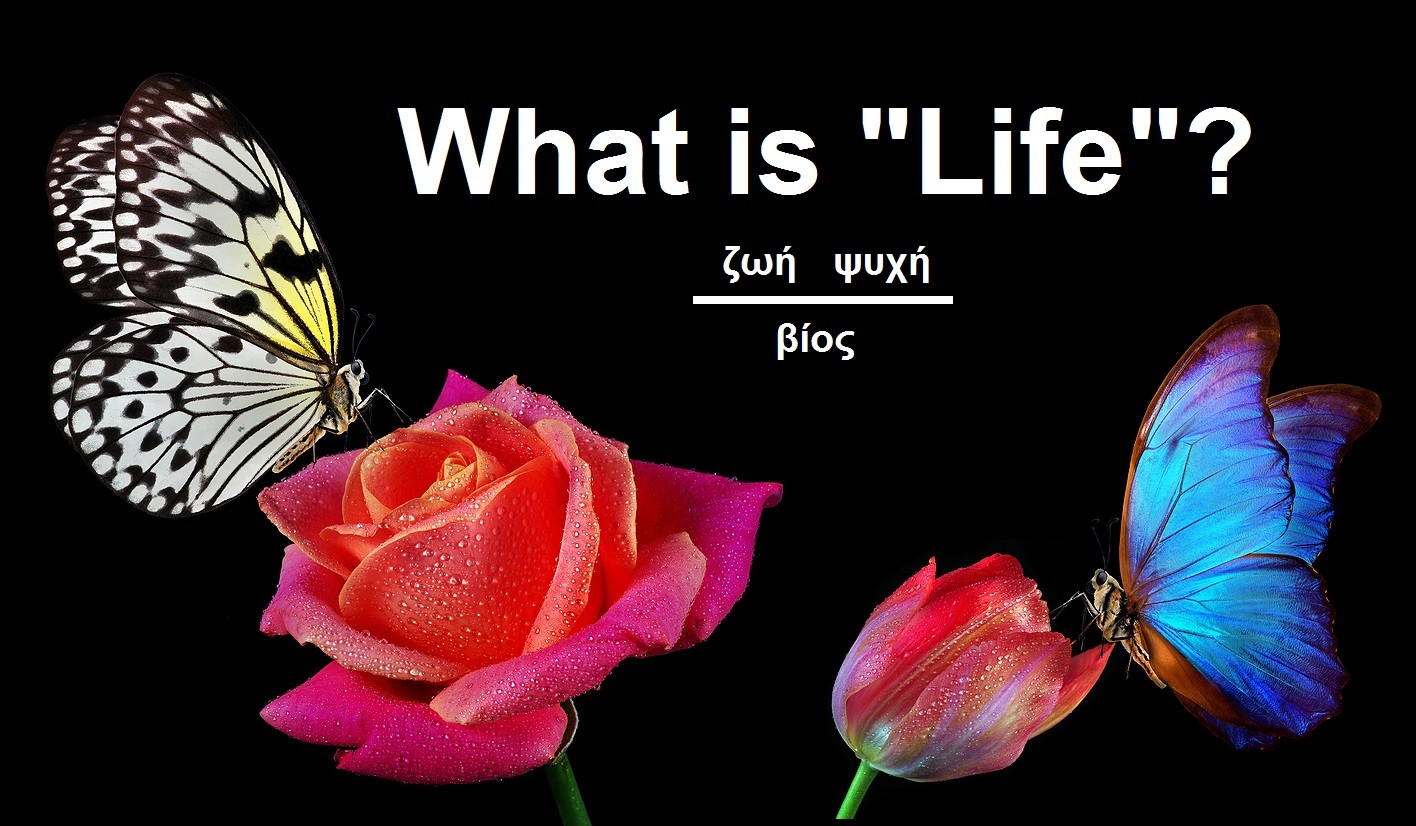 Ground Zero in Wuhan: What Really Happened that Caused the World to go on Lock Down?

The post The Virus Hunter Dr. Stefan Lanka: Belief in “Viruses” is a Religion first appeared on Medical Kidnap.

What Happens when the Majority of a Nation’s Citizens Decide Not to Comply with Tyrannical Edicts? Tanzania May Provide an Answer

As the Technocrats False Promises are Exposed, Oil is King Again and Everyone Will Suffer

Utah Ritualized Child Sexual Abuse Investigation: Is There A History Of Ritual Abuse In Utah?

Is Israel Planning To Relocate To Ukraine?