Parkland Shooting was a "drill." It makes it so easy to dismiss these psyops with headlines and blue checks. I have written extensively on how #QAnon is Steven Bannon but David doesn't want to get to the bottom of #QAnon...

Last week a poster on Reddit said they were a Parkland school shooting survivor whose dad had fallen down the QAnon rabbit hole and now believed the shooting was a hoax.

Shout out to @jarue369 for all the wonderful people met through you (you know who you are) and for your tireless #truthstreams all through 2020... and beyond... 🐠 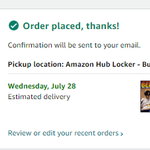 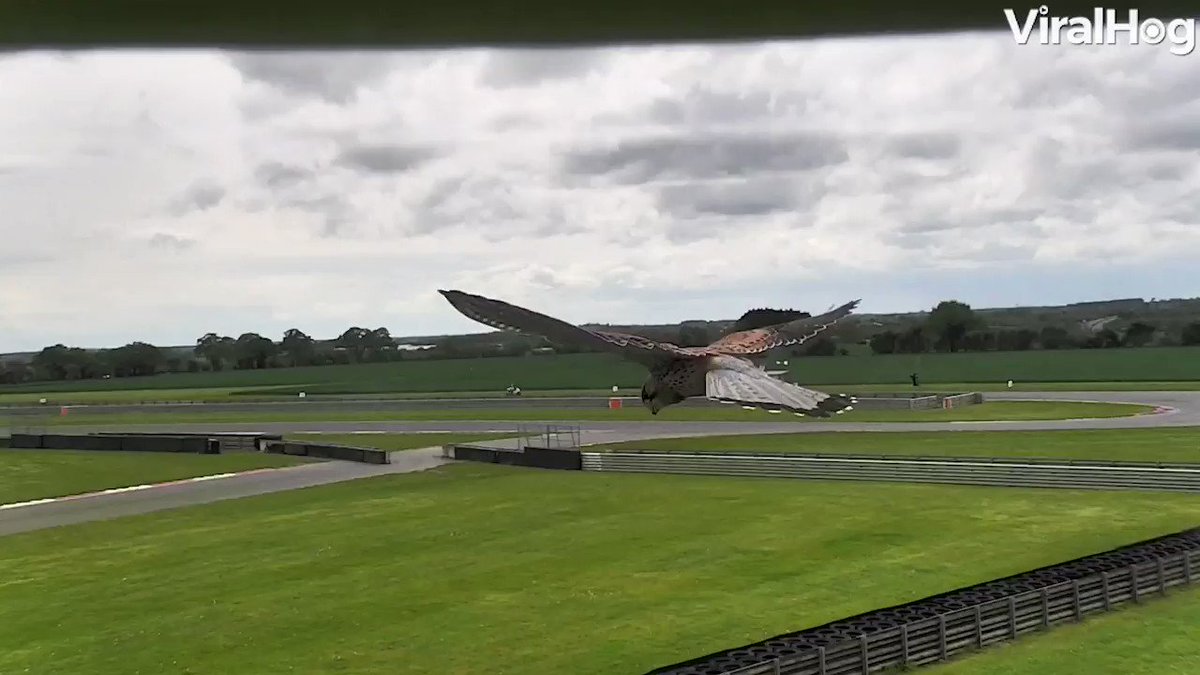 Fascinating footage of a kestrel hovering with its head held perfectly still as it hunts for prey.

This gentleman does have a point.

The Wasp and the Caterpillar

For fifty years, every President has promised Americans we would return to the moon. For fifty years, every President has given NASA a mandate that’s bold and grand. On July 20th, 2019, Vice President Mike Pence gave a speech to the Kennedy Space Center.  He said everything that’s been said before and raised it a gender. Mike Pence says a woman will walk on the moon in five years. For fifty years, every President promised something amazing after they left office. Most of us accept the Apollo Program was a fraud. Most of us know the government is in the business of lies and persuasion. But people still follow the loyalty of their chemicals. And those chemicals can be placed on a hook. Pedophilia is the new moon landing. Pedophilia’s Captain America is QAnon. We all must agree, “we’re saving Israel for last.” You can subdue a nation with a few heads while running down the clock.

While Syrians, Iranians, and Palestinians are fighting for their sovereignty and lives, American politicians unanimously agree on Israel. On June 28th, a dozen American F-22 Raptors return to the Persian Gulf. America’s war powers remain subdued by dual-citizens who stung on 9/11. An Air Force JASSM plowed into the walls of the Pentagon pretending to be a plane. A Saudi prince loses power as gunfire spills into a Vegas crowd in the eye of a black pyramid. We launch missiles against ourselves when we are stung. The venom is attacking the immune system. We are a helpless caterpillar as Greater Israel gets closer as we grow numb.

If QAnon was headquartered on a Florida campus they’d have an excuse for not talking about Mossad. It’s illegal there to criticize Israel or mention world conspiracy. Q doesn’t talk about that. The first two words of “Saving Israel for last” are “Saving Israel.” We only so much time. If another Mueller feather was placed on the table now the whole game would stall. If QAnon was legitimately fighting for America it would be pointing to Mossad now. Today. They would be leveraging Epstein with everything they’ve got. But they don’t. And they won’t. Because they can’t. Elite professionals don’t miss chances to take a shot. Nor do they shoot their own foot. How does Q hurt Mossad? Epstein doesn’t hurt Israel. Epstein hurt Clinton.

Mossad is the CIA of Israel. It’s an international NGO living inside our government. It’s a tapeworm with diplomatic immunity that we pay to chew our legs off. Its logo is the tabernacle for the Holy of Holies and its motto is “by way of deception.” Mossad is a weaponized golden child on a lethal pedestal. Its power comes from the worship of a lie. That lie is the belief God has a chosen people. If the truth got out, the corruption of the Abrahamic religions would instantly die. Abracadabra, we pull back the curtain to see the Holy of Holies is a temple to the golden narcissist.

“Chosen people” worship themselves not God.

Mossad steers media and party. It controls Hollywood. It controls Disney. It controls Congress. It touches billionaires in Ohio. It touches a child in a dentist chair in the Virgin Islands. If we hold our tongues now against Israel we may lose the chance to speak again. There are sick, brutal blood lords squeezed into human bodies running amok. The genes of Mossad have been tailored with brutality. Mossad has forged Judaic inversion into a global domination policy. They inject human sacrifice, burnt human offerings, genital mutilation, genocide, and blackmail into the veins of the world so they can thrive. Globalism is their cannibal virus unleashed on the world. We are building a pyramid for a New World Order. We are preparing ourselves to be sacrificed.

It’s hard to convey just how deep we are in the belly of this spider. It’s impossible to point at something you live inside of. If I point to Trump its unpatriotic. If I point to Israel, I am antisemitic. If I point to QAnon, I’m disinfo. If I point to Mossad, I am excusing the Vatican. The wasp plants its eggs in the back of a caterpillar and befriends it long enough to hatch. It tells the caterpillar soon it will be able to fly. We are ruled by the venom of salvation. The rapture from our backs won’t be from sprouting wings as promised. Soon the eggs will hatch. Soon we’ll know the truth. But we are still in a dreamy haze of hypnotism. We are the happy worm on a mushroom toking up lies.

Andrew Breitbart is famous for “showing how the Internet could be used to route around information bottlenecks imposed by official spokesmen and legacy news outlets.” Andrew Breitbart was a brilliant caterpillar. His vessel was seized with the venom of secret information. In June 2011, Breitbart broke the story that congressman Anthony Weiner was sending women revealing photographs of himself. Those photos weren’t stolen. They were leaked like venom. They were held in a safe and traded on the open market. We are ruled by chemicals. Andrew Breitbart was a chemist who wanted a big canvas. Our desire makes us an asset if we feel empty without it. “I’m glad I’ve become a journalist because I’d like to fight on behalf of the Israeli people.” – Andrew Breitbart.

Mossad hatched their eggs inside Breitbart. Andrew never had a clue. On the night of March 1, 2012, Breitbart collapsed suddenly while walking in Brentwood. He was rushed to Ronald Reagan UCLA Medical Center, where he was pronounced dead just after midnight. An autopsy by the Los Angeles County Coroner’s Office showed he died of a heart attack. He was 43 years old.

On July 19th, 2016, Trump became the official party nominee. One month later, Trump would hire Steve Bannon. Three months later, Bannon and Trump won the election. Bannon worked as Chief Strategist in the Trump administration for one year and one day. His exit was flawlessly timed as Trump tossed him like a professional wrestler out of the ring. Bannon and Trump manufactured distance for the public to eat. Trump said “Sloopy Steve” had “lost his mind.” Bannon left the White House on August 18, 2017. QAnon’s first post came ten weeks later. Bannon has always been a proud Christian Zionist. The pack moves quickly under the stealth of night. When Bannon went dark, Q’s sun rose. Bannon stayed invisible until 2018. “Bannon expressed regret over his delayed response, declared his ‘unwavering’ support for Trump and his agenda.” If the people knew Q was Bannon, Captain America would fall off the motorcycle.

There were two wolves in the pen. The white one came up to my waist. The grey one was taller with sharp rugged shoulders. They carried themselves in a nimble trot and left puffy clouds of breath for the moon to eat. You could hear them howl for miles. The pose in their eyes was silent and vorpal. You tame a wolf the same way you tame a sheep. You mirror the target. You demonstrate alliance. You alter the vector and disappear. In hypnotic programming, this is the art of pacing. People love the taste of finishing each other’s sentences. People feel safety in comradery.

Democrats and Republicans are in complete agreement on Israeli aid, Palestinian genocide, antisemitism laws, and dual-partnership with Israel. If you want to see our ruler’s fangs, look what both parties have in common. America First is impossible with Israel. Our President is entrenched on Israel’s lap and suckling at her teet. Every day it becomes harder to say it isn’t true. Israel has killed our sovereignty. Donald Trump fails America by fighting for Israel. Donald Trump can’t believe in America First with his loyalty abroad. Polygamy is just as destructive when you apply it to nations. We can not be Israel’s keeper or its accomplice.

If the above passage sounds impossible, change the word “Christians” to “Jews” and read it again. I’ll wait. The caterpillar is paralyzed by the wasp. The caterpillar is not in pain. The caterpillar is under a spell. The Florida antisemitism laws against free speech are the venom’s paralysis hitting the tongue. The Star of Remphan on every badge and squad car in Hollywood is a form of priming. We ignore how dangerous religious narcissism can be to our environment. Evil has a chemtrail of apathy and silence. Our grandchildren will wonder how we could let this happen. They peek at us from the future as we feed ourselves to the machine. They see us cheering for the Israeli champion of Cyrus. We make excuses for the lies and propaganda saying things will be better, not worse. The venom has been winning for 102 years and counting. We are subdued by a wasp who waits for her eggs to hatch. If “Israel is last” why are they printing Trump on money and hailing him their champion? The story of Moses comes wrapped in ancient magick. We’d rather be saved then get our socks wet.

We fail because we are too busy watching a movie. We squander valuable prana on anonymous theorists with nothing to lose. We get drunk on news that hides around the corner. We are mesmerized by cellmates selling toilet wine. My views on Q won’t keep you high. Nor will they get you drunk. All I have is a sharp spoon I’ve been using to carve a hole through this wall. I can smell fresh moonlight. If cellmates sleep I will only keep digging. America is outside these walls. I will claw my way out to touch her soil again.

The post The Wasp and the Caterpillar appeared first on James True.

The Wasp and the Caterpillar