Someone you know wants these.
Maybe it's you!
The Lemonade Mermaid store.
(Thank you for supporting U.S.-owned!)
https://store.lemonademermaid.life/collections 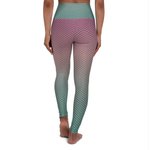 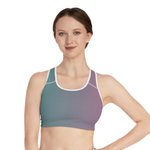 A White House officials says Biden "wanted to ensure ample time spent with the business leaders who traveled to the White House today. The President will deliver additional remarks on Wednesday on the economy, supply chains and lowering costs for the American people."

The Year of Mass Surveillance Exposed

To be so bold after all the public scandals, long after they know I discovered their presence in my private and work computers. It reminds me of an impetuous child sticking out his tongue while standing behind his mother’s skirt. It’s the mission of cowards. Of people who have little confidence in their own abilities and believe their only hope at maintaining control is to intimidate and steal and suppress information. What power that they have isn’t earned; it’s what they’re able to grab for a short time while they have access to all the toys. We only have ourselves to blame. They wouldn’t be able to do this unless we—the public, Congress, and the news media—allowed it. But we do and they know they can act with impunity.

| THE YEAR OF MASS SURVEILLANCE EXPOSED

In October 2013, one of my sources who currently works in the gov- ernment says that his federal bosses have pulled his phone records to see if he’s talking out of school. Not because he’s leaked classified information or done anything wrong. Quite the contrary: he knows of others in his agency who have committed ethical and possibly legal violations. So they’re snooping into his phone records. How does he know? They told him so. They want him to know. That way, maybe he’ll keep his mouth shut. After reviewing his calls, including some to an official on Capitol Hill, they approach him and say, “You’re talking to them?”

My name and number aren’t in the records that they checked. The source and I have figured out an alternate way to communicate. But the government monitoring of its employees, citizens, and news media—to protect its own political interests, not to protect us from terrorists—is becoming a fact of life. If nobody stands up to stop it, we’ll all have to just get used to being watched by our government.

As 2013, the year of mass-surveillance-secrets-exposed, draws to a close, we’re not finished learning about the government’s reach into our private lives. In an article in the Washington Post on December 4, Snowden’s doc- uments reveal the NSA is collecting nearly five billion records a day on cell phone locations around the world, “enabling the agency to track the movements of individuals—and map their relationships—in ways that would have been previously unimaginable.” According to an NSA official quoted in the article, the agency is “tapping into the cables that connect mobile networks globally.” Even when you’re not using your phone, it’s broadcasting its location. “The government is tracking people from afar into confidential business meetings or personal visits to medical facilities, hotel rooms, private homes and other traditionally protected spaces,” reports the Post. Other highlights include the fact that this particular NSA database is more than twice the size of the text content of the Library of Congress print collection, and that there’s so much material the NSA has had trouble ingesting, processing, and storing it.

Though this is as big as any Snowden revelation so far, the re- action from most of the public, the press, and Congress seems a bit bored. These complex surveillance systems have been difficult to explain, digest, and comprehend. If you ask most ordinary Americans, they might be able to tell you the government has gotten caught invading the public’s privacy, but they probably couldn’t tell you much more than that. Some of us in the media haven’t done an adequate job explaining all of this in a clear and accurate fashion.

Also, there have been so many staggering revelations in a short period of time, people have become desensitized. We’ve suffered through all the stages: outrage, denial, rejection. I wonder if the public has reached a complacent sort of acceptance.

#15: My Computer Intrusion and the National Connection

#19: How the FBI Missed the Boston Marathon Bombers

#20: The media operation against Snowden and the government computer intrusions

#22: Other Reporters Weigh in

Howls of Debate Over Bringing Back Wolves (PODCAST)

(READ)Trump reaffirms his ‘complete’ and ‘total’ endorsement of Max Miller

Bad for Business; Paying College Athletes; Blood on My Hands

The Year of Mass Surveillance Exposed