TGL traded for about 3 seconds before the latest halt 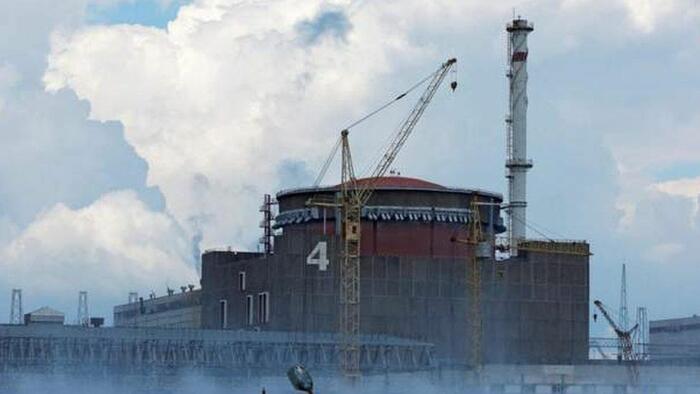 Competing claims of attacks on facility as IAEA alarmed at "very real risk of a nuclear disaster." 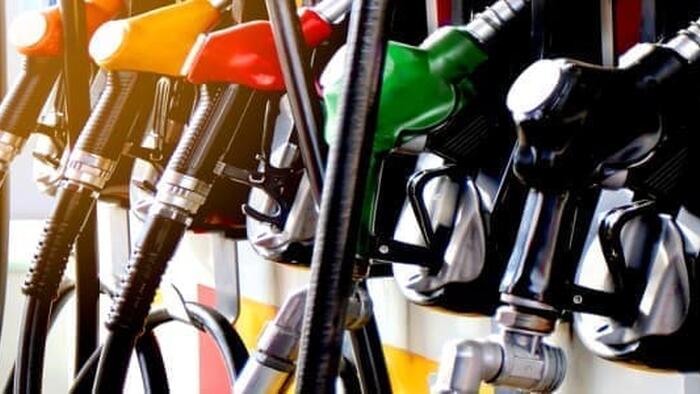 ...the idea of price gouging at the pump is "dangerous nonsense"...

“This Can Sneak Up On Us Quickly”: Morgan Stanley Has Another Warning For The Bulls

In Morgan Stanley’s latest Sunday Start note, the bank’s chief equity strategist, who toward the end of 2017 turned decidedly gloomy on the US stock market after being one of its biggest bulls a year earlier, said that at the beginning of 2018 his view was out of consensus: “while we agreed 2018 would be a year of robust earnings growth, we differed by arguing that risk markets would not be rewarded for it. For US equities, we envisioned flat to modest positive returns as multiple contraction offset earnings growth.”

And, to be sure, for a while he looked way off: as Wilson notes, “the strong start to the year made our less sanguine view look premature — or just dead wrong.” Yet things quickly changed after the February volocaust, when US equity valuations corrected materially, in large part due to the forward price/earnings for the S&P 500 falling 12% from its December high, largely thanks to a surge in forecast EPS due to Trump tax reform and a record amount of projected buybacks this year, by some estimates as much as $1 trillion. And while some sectors have seen their P/Es fall by much more, the median sector P/E compression closer to 15%.

As a result of the recent market volatility, Wilson says that his recent conversations with investors are not as contentious as they were in January. In fact, he is now worried that his view is simply the consensus… “perhaps implying that our call is much less likely to prove correct. This is not to say the consensus can’t be right; we note an old adage that the consensus is right 80% of the time. The problem now is that the consensus projects much more modest returns“, Wilson laments.

Which, of course, is bad news for investors, who actually have to do some work to generate returns and “have to rely more on idiosyncratic or tactical investment ideas rather than just being long beta.”

Here, Wilson notes one such idea he has recently been vocal about, namely trading a range in the S&P 500 — between 16-18x forward 12-month earnings, and points out that since January’s highs, the market has successfully tested that 16x floor four separate times. “That floor is rising with earnings estimates, and today it sits at 2625.”

The trading range strategy is, not surprisingly, one of Morgan Stanley’s favorite, and Wilson urges clients to buy US stocks broadly when the index nears 16x… unless one of two things occurs: either 10-year rates move above 3.25%, or we get a proper growth scare for the economy and/or earnings that could push up the equity risk premium beyond 350bp.

While Morgan Stanley doesn’t expect either to occur in the near term, it discussed the risk it may be wrong. This is

First, while our rates strategists still expect lower 10-year Treasury yields by year-end, the recent move through 3% suggests that 10-year rates could see a technical blow-off like equities had in January. A fundamental catalyst for such an acceleration could be the next employment report if it shows further signs of strength, and if rising labor costs finally start to appear in the government statistics. We mention this specifically because more individual companies mentioned rising labor costs during 1Q earnings season than in prior quarters.

Second, while we are not yet seeing evidence of falling economic growth, we expect — with near- certainty — that we will have a peak rate of change in S&P 500 y/y earnings growth by 3Q thanks to the spike created by the tax cuts. This was something we cited in our 2018 outlook and one of the primary reasons why we thought P/Es would contract. The good news is that this has already occurred. The risk for further P/E compression comes if markets start to worry that it’s not just a deceleration of growth on the backside of the peak, but an outright decline in growth. As shown in the Exhibit, consensus forecasts do not expect negative growth, but it’s worth considering the potential risk of “disappointment” later this year and in 2019, for two reasons. First, earnings growth expectations for 4Q and 2019 look high to us, given the extremely difficult comparisons created by the tax cuts. Second, even in the absence of an economic recession or material slowdown, we do see growing risk to y/y growth of consumer spending due to the extraordinary one-time boosts that began late last year — hurricane relief, tax cuts and the interest in  cryptocurrency, not to mention the seeming euphoria in stock markets in January that looks unlikely to be repeated. This suggests that the difficult comparisons are not only the result of tax cuts but perhaps better top-line growth that can’t be repeated. I think it’s too early to worry about this risk today, but it’s not too early to start thinking about it and watching for signs of consumer behavior becoming more tempered. I would also throw in the price of crude oil as an important consideration, given that our economics team estimates that close to one-third of the tax cut benefit to the US consumer may have already been removed by the rise in oil and gasoline prices.

The third and final risk is also the biggest, if most underappreciated of all: the so-called “Fed policy error”, a fancy way of saying the Fed has tightened too much, which could wreck the 16x floor to Morgan Stanley’s forecast and launch a market crash… and by the reflexivity of modern markets in which asset prices influence the economy, the next recession

While Wilson concedes that it is widely acknowledged that financial conditions are tightening, there are wide-ranging opinions about how much more the Fed can tighten before it begins to really bite the economy. More interesting is the chief equity strategist’s assertion that he also finds “many investors believe the Fed will pause or stop tightening to avoid a recession.”

Well, don’t hold your breath, Wilson warns an entire generation of “traders” used to being bailed out by the Fed the moments things turn ugly and cautioning that “that’s not how it generally works once the Fed has met its economic goals and begins to tighten in earnest, a condition I believe has begun for this cycle.”

Wilson’s summary is most troubling for those bulls – most of them – who remain confident that between the “global coordinated recovery” narrative, and the Fed stepping in to ease or inject liquidity when risk assets tumble, there is no way one can lose money being long:

I don’t profess to know the answer to the question, “Has the Fed gone too far?” But, I am convinced that this can sneak up on us quickly. I also see markets sending some signals that we may be getting closer to that than the conventional wisdom might appreciate.

History suggests the weakest links fall first when financial conditions tighten. On that score, some developments have raised our concerns: the top in Bitcoin last December, widening of Libor-OIS, weakness in emerging markets, led by Argentina and Turkey, the worst quarter of performance for investment grade credit in 10 years, and higher sustained volatility across all equity markets.

The conclusion is hardly what one would expect from the chief equity strategist of a bank whose “job” is to comfort investor by seeing nothing but smooth skied ahead: “These signals can take years to build before an outright recession. However, one thing is clear to us — we don’t expect to return back to the tranquil environment of 2017.”

“This Can Sneak Up On Us Quickly”: Morgan Stanley Has Another Warning For The Bulls