*BIDEN: VACCINES ARE THE REASON LOCKDOWNS ARE OFF THE TABLE

Could The Fed Trigger The Next "Financial Crisis" 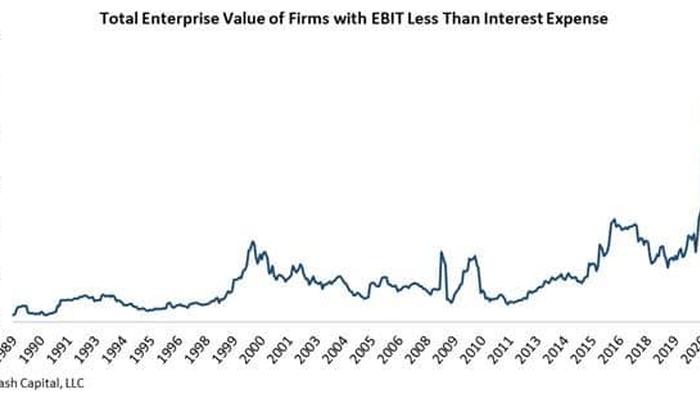 Could The Fed Trigger The Next "Financial Crisis"

...the risk of a policy-mistake is enormous...

This Is Just The Beginning Of Europe’s Gas War

In a move that should not surprise energy pundits nor even those that follow geopolitical news in Europe, on Thursday Russian gas giant Gazprom said it’s looking to gain an even larger gas market share in Europe following record-high 2018 exports, as it expects a decline in Europe’s gas output combined with rising demand. Last year Gazprom sold more than 200 billion cubic meters (bcm) of natural gas to Europe, including Turkey, while its gas market share in the region rose to more than a third, Reuters said in a report on the matter.

Elena Burmistrova, in charge of the Gazprom’s exports, said the company would be able to offset a production decline in the EU, mainly at the Netherlands’ Groningen, once Europe’s largest natural gas field. “North Sea production is also gradually declining … So, the space for Russian gas is being freed up,” she said on the sidelines of the European Gas conference in Vienna.

This dwindling production also comes as a number of EU states are poised to break away from over-reliance on both nuclear and coal needed for power generation, leaving opportunities for renewables, particularly solar and wind power, as well as liquefied natural gas (LNG) imports. However, all of these sources will take more time and funding to develop before they can add a more significant percentage of the bloc’s energy mix going forward.

Moreover, competing for more gas market share in Europe will see both geopolitical and energy stakes increase, pitting Russian piped gas exports, but also more LNG, as the country develops its LNG sector, against higher priced U.S. and Qatari LNG. Meanwhile, Qatar (the global LNG export leader and the U.S. which will soon be the third largest LNG exporter) could agree to tie-ups in LNG, both for economic and geopolitical motivations in the mid to long term. Qatar is already investing heavily in the U.S. LNG sector as a pure diversification play as U.S. production begins to take off, competing for both European and Asian market share. The Asia-Pacific region accounts for 72 percent of global LNG demand, with that amount projected to increase to 75 percent amid rampant Chinese LNG demand.

Russia has held a decades old gas supply monopoly, dating back to the end of World War II, in Europe, putting it at a distinct geopolitical advantage over EU members, particularly Poland and the Baltic states. Moscow has also cut off gas supply during the middle of winter to make political statements in the past, upping the ante up for EU states dependent on Russian gas supply.

However, more EU member states are seeking to pivot away from Moscow’s gas supply grip by turning to more LNG, particularly U.S. sourced LNG. Other major EU players, particularly Germany, the EU’s largest economy, however, seems uncharacteristically naive about the dangers of over-reliance on Russian gas.

Berlin has approved and pushed ahead, amid heated backlash from Washington, the controversial Nord Stream 2 gas pipeline. Nord Stream 2 is a 759 mile (1,222 km) natural gas pipeline running on the bed of the Baltic Sea from Russian gas fields to Germany, bypassing existing land routes over Ukraine, Poland and Belarus. It would double the existing Nord Stream pipeline’s current annual capacity of 55 bcm. However, the U.S. has long maintained that it posed a threat to European security, while the U.S. is a large part of safeguarding that security.  On January 29, German news agency DW reported, citing one of the project’s engineers, that the Nord Stream 2 natural gas pipeline should be operational by November.

This Is Just The Beginning Of Europe’s Gas War