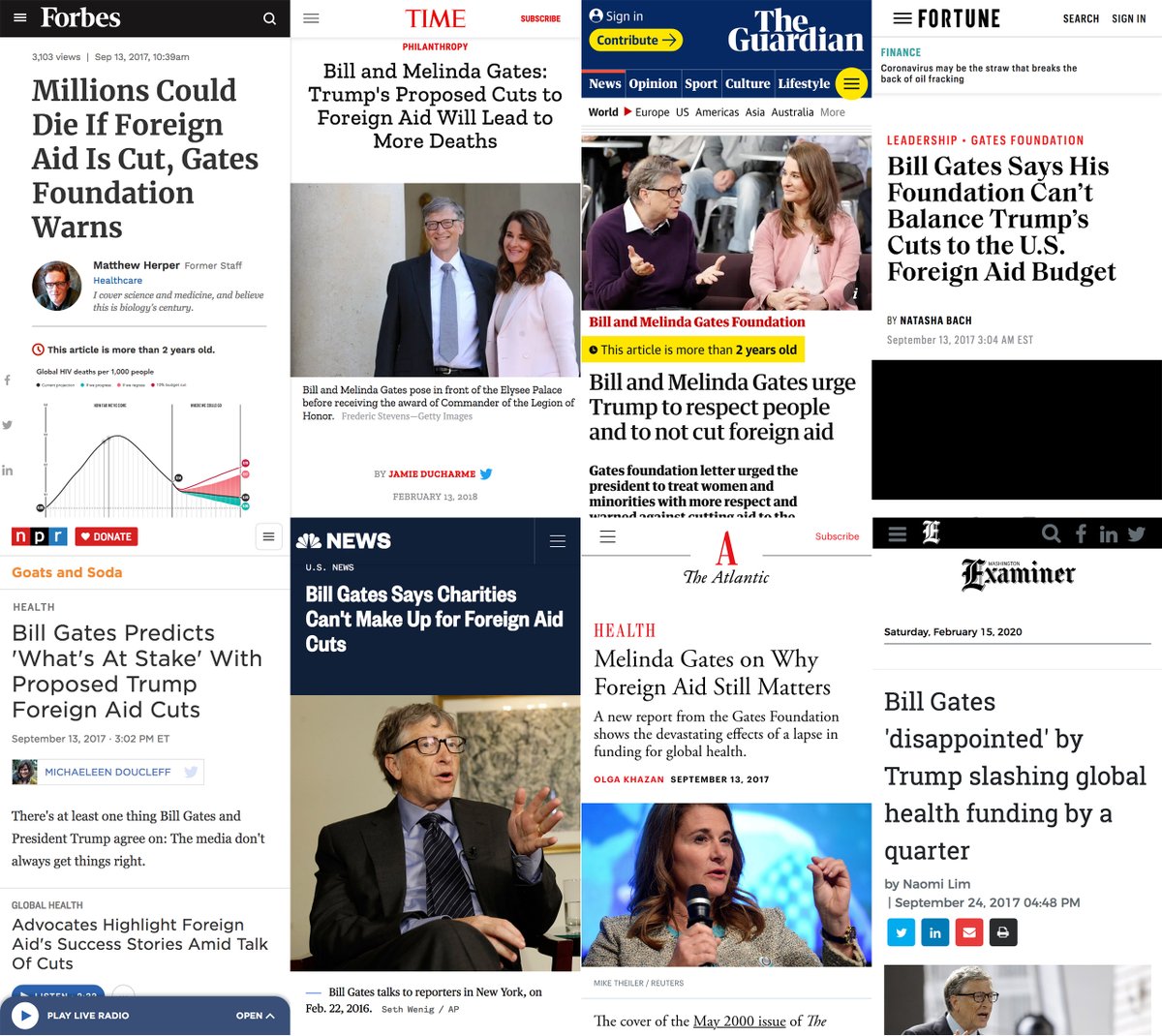 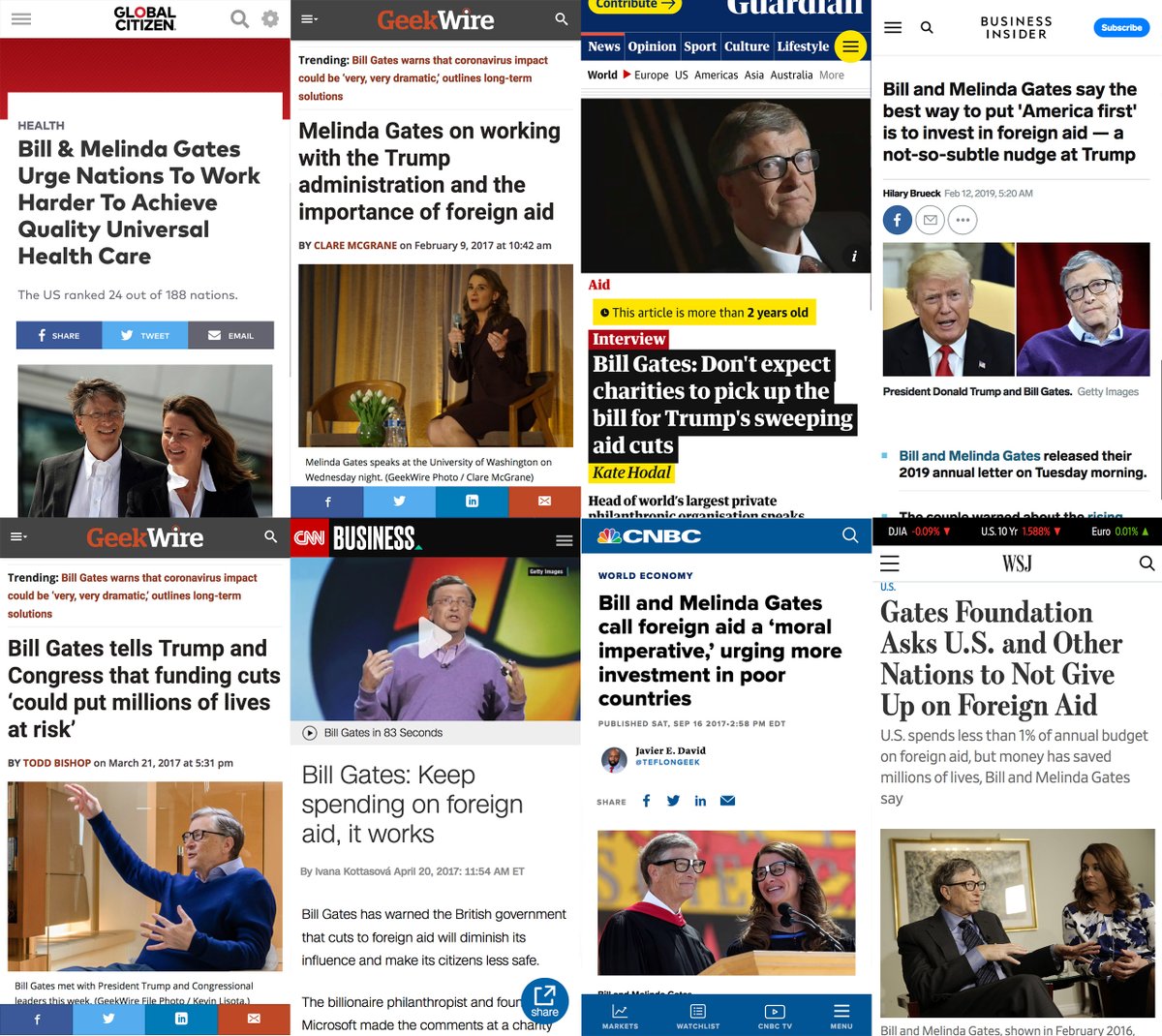 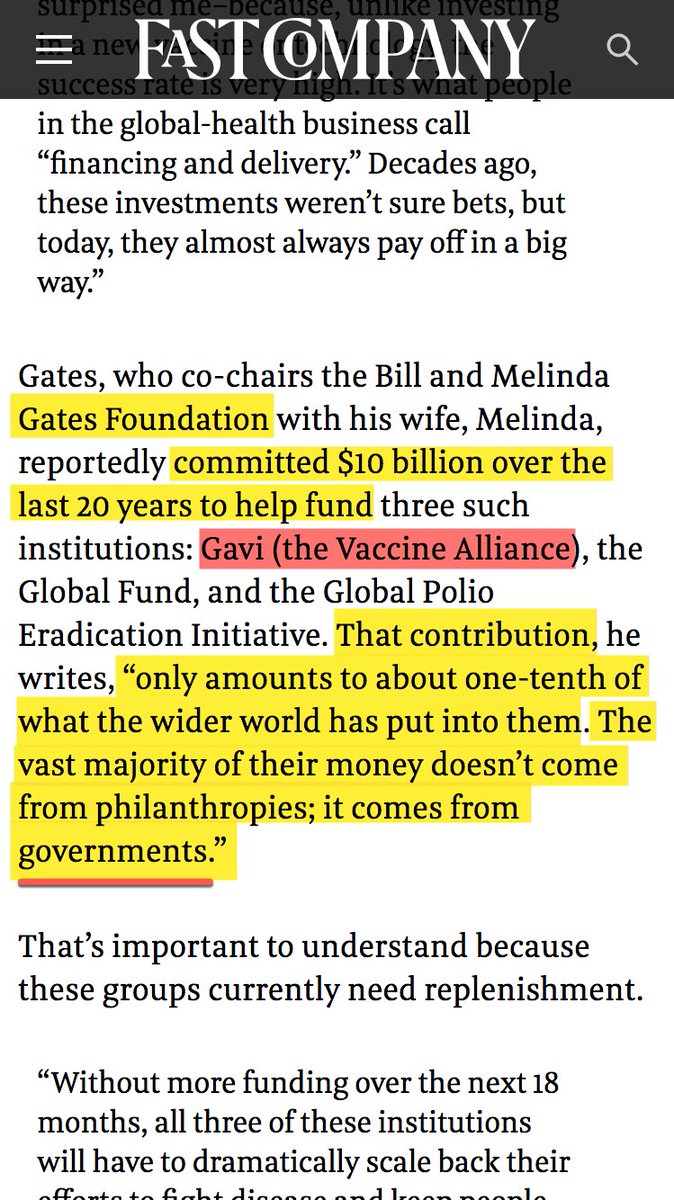 GATES'S POPULATION AGENDA HAS BEEN IN JEOPARDY THE DAY TRUMP WAS ELECTED.

The Bill and Melinda Gates Foundation depends on foreign aid to achieve its goals.

Who audits where the money actually goes?

Who actually receives the money?

The World Bank's "Papergate": Censorship Is Not the Best Way to Stop Development Aid From Fueling Corruption - https://promarket.org/the-world-banks-papergate-censorship-is-not-the-best-way-to-stop-development-aid-from-fueling-corruption/

Sources close to the family tell Law Enforcement Today that Philip Haney was found dead. Here's what we know so far.

This kind of talk should be immediately condemned

Before posting this, I took screenshots and publicly condemned it immediately. And you should too.

It looks like she edited it after I took the screenshots but I still condemn it.

Here are the screenshots:

Before you get too many radical ideas from reading her call to action, read this:

Let me also be clear on something. I don’t know who this woman is personally and it doesn’t matter to me who said this. I’m specifically condemning the call to “overthrow” government while incorrectly stating that it’s “literally written in the Constitution” that you can do so. She was wrong and since edited her post. However, this kind of talk will likely play right into the corrupt media’s false narrative that the vaccine risk aware community is a threat to the public.

Connect with
I allow to create an account
When you login first time using a Social Login button, we collect your account public profile information shared by Social Login provider, based on your privacy settings. We also get your email address to automatically create an account for you in our website. Once your account is created, you'll be logged-in to this account.
DisagreeAgree
1
3
2
2

“ When in the Course of human events it becomes necessary for one people to dissolve the political bands which have connected them with another and to assume among the powers of the earth, the separate and equal station to which the Laws of Nature and of Nature’s God entitle them, a decent respect to the opinions of mankind requires that they should declare the causes which impel them to the separation. We hold these truths to be self-evident, that all men are created equal, that they are endowed by their Creator with certain unalienable Rights, that among these are… Read more »

The conversation regarding our rights is a worthy one but the call to action to “overthrow” a government should be condemned. She was wrong that the Constitution says that. You have correctly, as well as I, pointed out that the closest language comes from the Declaration of Independence. And it says “abolish,” not “overthrow.” Thank you for commenting. It’s important for people to know their rights and where they come from, but we need to be careful having this kind of talk circulate in the community. I can already imagine the headlines (and potential action) they will use to spin… Read more »

I don’t see any great difference between “abolish” and “overthrow”— especially as the Declaration was the prelude to the American Revolution, which DID, in fact, overthrow British rule.

Calling for “overthrow” will appear as an act of aggression but only she could clarify what she means by the terms used in her call to action. British rule was defeated in defense after the British instigated a war to prevent the American colonies from breaking free of Britain’s rule. One better trust that she knows what she’s doing. Me personally, I don’t trust that she does. I can only condemn any call to “overthrow,” no matter who the person is making it.

Nearly lost in all the noise over the impeachment debacle and constant fear-mongering surrounding the “coronavirus” outbreak, were two notable...
2ndfor1stJanuary 29, 2020 at 4:06 am.
NAMELY LIBERTY

THIS IS AN UPDATE An Announcement of This Open Source Investigation and a Call to Action to All Investigative Journalists...
2ndfor1stJanuary 16, 2020 at 8:10 pm.
NAMELY LIBERTY

ATTENTION ALL INVESTIGATIVE JOURNALISTS AND INDEPENDENT RESEARCHERS: This is a call to action. The media has failed to properly investigate...
2ndfor1stJanuary 13, 2020 at 4:00 am.
NAMELY LIBERTY

Disclaimer: This artwork is unauthorized by VisForVaccine organizers. Permission to produce this artwork for VisForVaccine signage was not requested. Inspired...
2ndfor1stDecember 23, 2019 at 4:33 pm.
NAMELY LIBERTY

State and local heath departments are being coerced by the federal government to conduct mass vaccination drills in every state....
2ndfor1stNovember 24, 2019 at 1:28 pm.
NAMELY LIBERTY

This is a compilation of challenges made by the legend Toni Bark, M.D. to various Vax Pushers on Twitter to...
2ndfor1stNovember 18, 2019 at 1:31 pm.
NAMELY LIBERTY

Catherine Condinho, a vaccine-free student athlete and now hero and voice for naturally healthy children, addresses the Toronto Board of...
2ndfor1stSeptember 29, 2019 at 12:13 pm.
NAMELY LIBERTY

#SB276 Attorney Leigh Dundas of Advocates For Physicians' Rights gives speech outside Sacramento County Jail just after one of the...
2ndfor1stSeptember 10, 2019 at 10:24 am.
NAMELY LIBERTY

This kind of talk should be immediately condemned