We have joined Rumble! Follow us @JudicialWatch to stay updated on the latest news from Judicial Watch.
Rumble: https://rumble.com/user/JudicialWatch 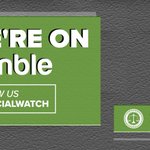 Judicial Watch announced that DC asked a court for an additional delay to respond to Judicial Watch’s FOIA lawsuit for records related to the U.S. Capitol Police shooting death of Ashli Babbitt on January 6. 2001. READ: (Washington, DC) Judicial Watch announced today that the District of Columbia asked a court for an additional delay to respond to Judicial Watch&#82...

Judicial Watch announced that it received 41 pages of documents from the HHS Office of Refugee Resettlement (ORR) which list 33 separate incidences of alleged sexual abuse in a one month time period. READ: (Washington, DC) Judicial Watch announced today that it received 41 pages of documents from the Department of Health and Human Services (HHS) Office o...

“Emails obtained earlier this month by Judicial Watch found that EcoHealth was allocated approximately $7.5M over 11 years from NIAID to carry out its study ‘Understanding the Risk of Bat Coronavirus Emergence’,” Judicial Watch in The New York Post. READ: From The New York Post: The Defense Department doled out millions of dollars to the same nonprofit that funneled federal grant money to the Wuhan Inst...

Tom Fitton: Call Your Legislators, Chiefs of Police If You’re Concerned About ANTIFA

Instead of focusing on defending our Nation, our institutions and quite literally “our property and our safety,” politicians in DC and across the country seem to be “focused on attacking the police, and coming up with federal regulation to track what they’re doing, as if that’s the problem,” Fitton states. “We are facing an insurrection,” as Fitton argues – one compounded by political forces in Congress which “want to give over your policing over to the leftists who are trying to destroy the police.” In other words, “a power grab to replace institutions either completely or with people who share their agenda.” As Fitton outlines, Pelosi’s “Police Reform Bill” – H.R. 7210 gives “La Raza, the ACLU and other “radical left groups a specific role in accrediting police departments.”

Under this new legislation, “the police are now going to be answerable to the deep staters who have been trying destroy Donald Trump.” Furthermore, “the DOJ and FBI and all those other agencies who abused the civil rights of Trump and other innocent Americans based on their political beliefs, are now going to be running the police departments under these reforms.”

Tom Fitton: Call Your Legislators, Chiefs of Police If You’re Concerned About ANTIFA