Over 300,000 signatures on our petition demanding a special counsel be appointed to investigate Biden corruption! Let's see how high we can get this! Please sign and SHARE now:
https://www.change.org/p/department-of-justice-doj-must-appoint-a-special-counsel-to-investigate-evidence-of-joe-biden-corruption 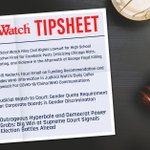 “There is plenty of substantial evidence, from docs/witness statements, that the Biden family, may have been involved in criminal activity involving, among other issues, foreign entities tied to Ukraine & China,” Judicial Watch in @dcexaminer. READ: From The Washington Examiner: Over 300,000 have signed a petition from one of Washington’s top watch dogs demanding that a special counsel be ap...

NOT JUST TRUMP is being censored -- We're all being targeted by Big Tech Censors! Sign up now to make sure you stay in contact with Judicial Watch. Sign up here: NO TRANSPARENCY from Capitol Police on January 6–Judicial Watch SUES

Can’t Trust Pelosi/Schiff – What Are They Hiding About 1/6?

Do You Trust Pelosi To Investigate 1/6?