"Crunch Time" Arrives And... Was Everyone Wrong About The Coronavirus? https://www.zerohedge.com/markets/crunch-time-arrives-and-was-everyone-wrong-about-coronavirus

The Death Of Fundamentals & The Future Of Low Returns https://www.zerohedge.com/markets/death-fundamentals-future-low-returns

Stock drifting down? No worries. Load up on more 2000-strike calls that expire this Friday!!! $TSLAQ 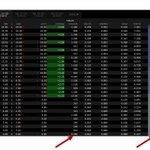 Submitted by Nick Cunningham of OilPrice.com

Rostin Behnam, a commissioner at the Commodity Futures Trading Commission (CFTC), said that the financial system was at risk from the growing frequency and severity of storms.

“The impacts of climate change affect every aspect of the American economy – from production agriculture to commercial manufacturing and the financing of every step in each process,” Behnam said at the meeting of the CFTC’s market risk advisory committee on Wednesday. “As most of the world’s markets and market regulators are taking steps towards assessing and mitigating the current and potential threats of climate change, we in the U.S. must also demand action from all segments of the public and private sectors, including this agency.”

He added: “Our commodity markets and the financial markets that support them will suffer if we do not take action to mitigate the risk of contagion.”

The message is not necessarily a new one, but it is significant since it comes from the CFTC, which is not exactly a hippy enclave. Also of significance is the fact that Behnam was appointed to the CFTC by President Trump, although by law the vacancy that he filled had to be a Democrat.

Behnam will help set up a panel of experts to study the risks to the financial system from climate change.

“If climate change causes more volatile frequent and extreme weather events, you’re going to have a scenario where these large providers of financial products — mortgages, home insurance, pensions — cannot shift risk away from their portfolios,” Benham said in an NYT interview. “It’s abundantly clear that climate change poses financial risk to the stability of the financial system.”

Benham said that the world saw $160 billion in economic costs last year from natural disasters. More recently, the U.S. Midwest is facing a crisis with biblical levels of flooding that have decimated American farms – the type of disaster that is expected to become more frequent.

Financial regulators have begun to pay greater attention to the risk of climate change. A global network of roughly 40 central banks have formed the Network for Greening the Financial System (NGFS), an initiative intended to “manage risks and to mobilize capital for green and low-carbon investments.” If climate change presents threats to the global financial system, then it is imperative that central banks prepare for such dangers. “The NGFS recognises that there is a strong risk that climate-related financial risks are not fully reflected in asset valuations,” the NGFS said in an April 2019 report.

“A transition to a green and low-carbon economy is not a niche nor is it a ‘nice to have’ for the happy few. It is crucial for our own survival,” Frank Elderson, Chair of the NGFS, said in the report. “There is no alternative.”

In March, the San Francisco Fed also raised the alarm, noting the widespread risks across various industries. “These risks include potential loan losses at banks resulting from the business interruptions and bankruptcies caused by storms, droughts, wildfires, and other extreme events,” the San Francisco Fed said. “There are also transition risks associated with the adjustment to a low-carbon economy, such as the unexpected losses in the value of assets or companies that depend on fossil fuels.”

That last point is an argument that has been gaining credence in the energy industry. The idea is that the oil and gas industry may have inflated valuations given that a large portion of the reserves on their books may never be extracted and burned. They will be stuck with “stranded assets.” These oil and gas companies may be worth only a fraction of what they are currently trading at if this turns out to be the case.

David Fickling of Bloomberg Opinion recently observed that Royal Dutch Shell seems to be bucking the trend of oil companies aggressively trying to replace every last barrel of oil extracted. Shell, instead, appears content to let its reserves run down, an apparent strategy to begin to prepare for a low-carbon future. Shell is scaling up investment in power generation.

But the risk is not limited to oil and gas companies. “[F]inancial firms with limited carbon emissions may still face substantial climate-based credit risk exposure, for example, through loans to affected businesses or mortgages on coastal real estate,” the San Francisco Fed warned. “If such exposures were broadly correlated across regions or industries, the resulting climate-based risk could threaten the stability of the financial system as a whole and be of macroprudential concern.” Ultimately, climate risks threaten the economy “through elevated credit spreads, greater precautionary saving, and, in the extreme, a financial crisis.”