From @JanetYellen prepared remarks: "Long before arrival of Covid-19, we were living in a K-shaped economy, one where wealth built on wealth while working families fell further and further behind."

Next: Janet Yellen discovers the Fed...

US Continues To Fly B-52s As 'Show of Force' Against Iran Right Up To Inauguration https://www.zerohedge.com/geopolitical/us-continues-fly-b-52s-show-force-against-iran-right-inauguration

so this is not "big enough" 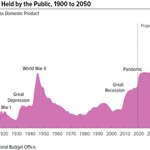 Authored by Jeremiah Johnson via SHTFplan.com,

For those who have read “1984” by George Orwell, it is almost prophetic in its depth and accuracy. The reason that the warning has not been heeded is that change takes place with glacial slowness. Sometimes the changes take so long they dull the senses and we become inured to “more bad news,” or we just discount it continually. No matter what our reaction, the march toward global totalitarianism proceeds, with or without our consent or even our attention.

The slow march is deliberate. The reason for this is simple. The generation/group of people between the ages of approximately 40 to 60 are of an age who still have a sense of nationalism and grew up/experienced their formative years without that complete socialist indoctrination inflicted upon the youth of today. For the youth, there is no escape from it on their own, because they have no point of reference with which to identify and compare it to what has been forced upon them now by indoctrinators (termed “educators”). The new “all for the communal hive” mentality has been crafted by those in power and carried out by teachers.

So, a deliberate and systematic “ratcheting” up and down of the speed Wcof changes (the institution of new totalitarian controls) varies. Those in power need to eliminate those between 40 to 60 years old, or “engulf” them by numbers of the new manipulated youth and then just “vote” them out of effectiveness. The “Tyranny of the Majority” perfected to an art form. Obama couldn’t finish the job in 8 years…but the sporadic ratcheting just took a new twist.

It was reported that Bill Gates is joining a group of investors for an initial investment of about $1 billion dollars. They are going to back a company based in Seattle, WA called EarthNow that will endeavor to emplace 500 satellites above the Earth.

When the emplacement is complete, every inch of the globe will be able to be surveilled in real time.

The Daily Mail wrote a good piece on it on 4/19/18 that seemed to run unnoticed. A few other networks picked it up and reported on it, with the most summarized version being a piece entitled “Surveillance of Entire Earth, Big Brother Satellite Army,” by Battle For World.

EarthNow will provide this complete surveillance to “high value enterprise and government customers,” in other words: Mega-Corporations and Government.

“The European Commission has announced plans to make biometric ID cards compulsory across the bloc which will allow authorities to bar “terrorists and criminals” from accessing money and other services. Plans to introduce mandatory ID cards across all 28 EU member states — including Britain — have been in development for more than two years in Brussels as part of the Commission’s goal of building an effective “security union”, Die Welt reports.

Set to be equipped with data including the holder’s fingerprint, the cards would be designed to tackle identity fraud and make it harder to falsify documents, according to Migration, Home Affairs and Citizenship Commissioner Dimitris Avramopoulos.  “We have to tighten the screws until there is no room left for terrorists or criminals and no more means for them to carry out attacks,” he told the German newspaper on Monday.  “This means that they must be barred from accessing money, counterfeit documents, weapons and explosives, and at the same time prevented from being able to cross our borders undetected.”

Tightening the screws, eh? But none of those measures will restrict the true criminals…the “partners” of national governments…who access money, counterfeit documents, weapons, and explosive…they do the same things they claim to be “preventing.” All in the “interests of public safety,” and all under the Color of Law, at the expense of the citizen-beeves.

Think this isn’t coming here, to the United States? Think again. The biggie that they want now is the DNA. If you recall, I wrote a piece last Fall that mentioned how the Baltimore Ravens Football Administration tried to give out “free DNA kits” on opening day to fans. It was stopped in the “interests of public health” where the fans would have swabbed their mouths and dropped it in a vial…all to “find out their ancestry,” etc. Not quite. They wanted to see if people would voluntarily give away their DNA.

Myriad Genetics (the “inventors” of the Brica system of breast cancer detection) tried to patent genes they collected, and the courts struck it down. Little by little, the paradigm shifts, however, and recently you’ve been hearing some “murmurs” about DNA information for both ID cards (Driver’s Licenses, for now) and to obtain a firearm…as it is mandatory in some states already to submit biometric information prior to purchasing a pistol or rifle.

On 4/12/18, an article came out entitled “Estonia offers free genetic testing in nationwide experiment,” by Jari Tanner of AP, and here’s an excerpt:

“Estonia has started offering residents free genetic profiling in a nationwide experiment aimed at minimizing risks for typical diseases and encouraging a healthier lifestyle through personalized data reports.  Lili Milani, a researcher with the Estonian Genome Center at the University of Tartu, said Thursday the scheme kicked off in March and will initially cover some 100,000 volunteers in the Baltic country of 1.3 million. Participants are required to donate DNA samples from blood and give consent to storing their data to the Estonian Biobank, which has collected health records and biological samples from Estonians since 2000.”

Do you like that one? “Required” and “give consent” for storing their data, as if it’s a service. The Estonians have been giving samples to a biobank that has been actively collecting physical samples for the past 18 years.

This is to obtain a DNA “fingerprint” from everyone. It is a worldwide collection activity taking place right under our noses and before our eyes.

As you can see, they’re pushing their “family-friendly” activities more and more…using the “voluntary” trick at first…but eventually it will become mandatory. It already happens in the U.S. When you have a surgical procedure or operation they take tissue and blood samples and save them in a repository, ostensibly to “compare with later tests,” etc., etc. The samples are frozen and kept by labs who have genetic repositories, such as Myriad Genetics.

So, Bill Gates and his allies are going to emplace a global surveillance system of satellites, biometric IDs are being pushed and finalized for all of Europe, and genetics collection facilities are in “overdrive” worldwide.

See the writing on the wall and don’t ignore it. They are moving toward global governance in every nation. Orwell is no longer alive, but his writings were a warning for all of mankind that we would all do well to heed before it’s too late.