“…many of the rank and file, who have endured anti-cop hostility, bail reform, rising crime and the city’s vaccination mandate…” https://nypost.com/2022/08/06/thousands-of-nypd-cops-quitting-before-getting-their-pensions/

Of course he will. https://www.nytimes.com/2022/08/06/us/politics/biden-covid-negative.html

As of July 29, there have been 29,981 deaths, 33,247 life-threatening adverse events, 56,021 cases of permanent disability, and over 304,000 hospitalizations and ER visits following COVID-19 vaccination reported to the Vaccine Adverse Event Reporting System.
#CovidVaccine #VAERS 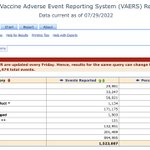 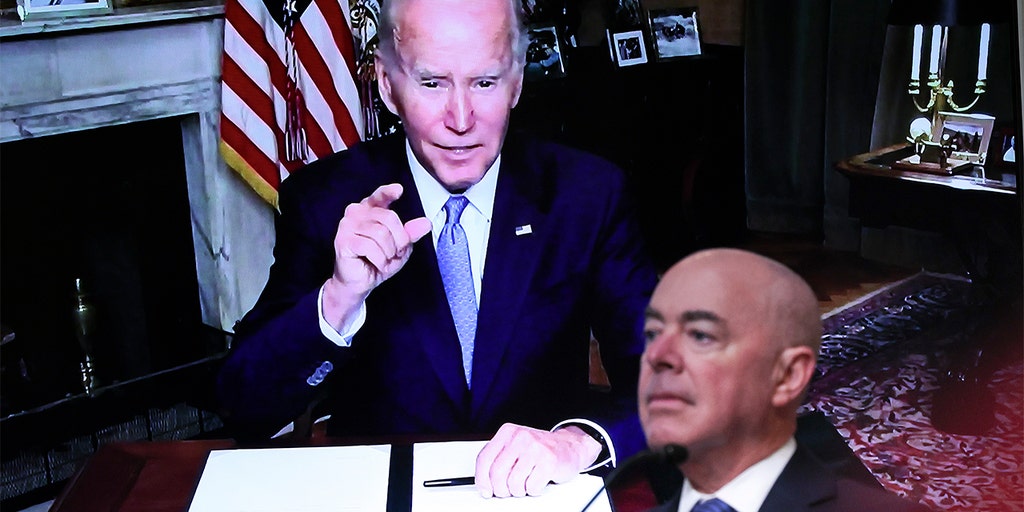 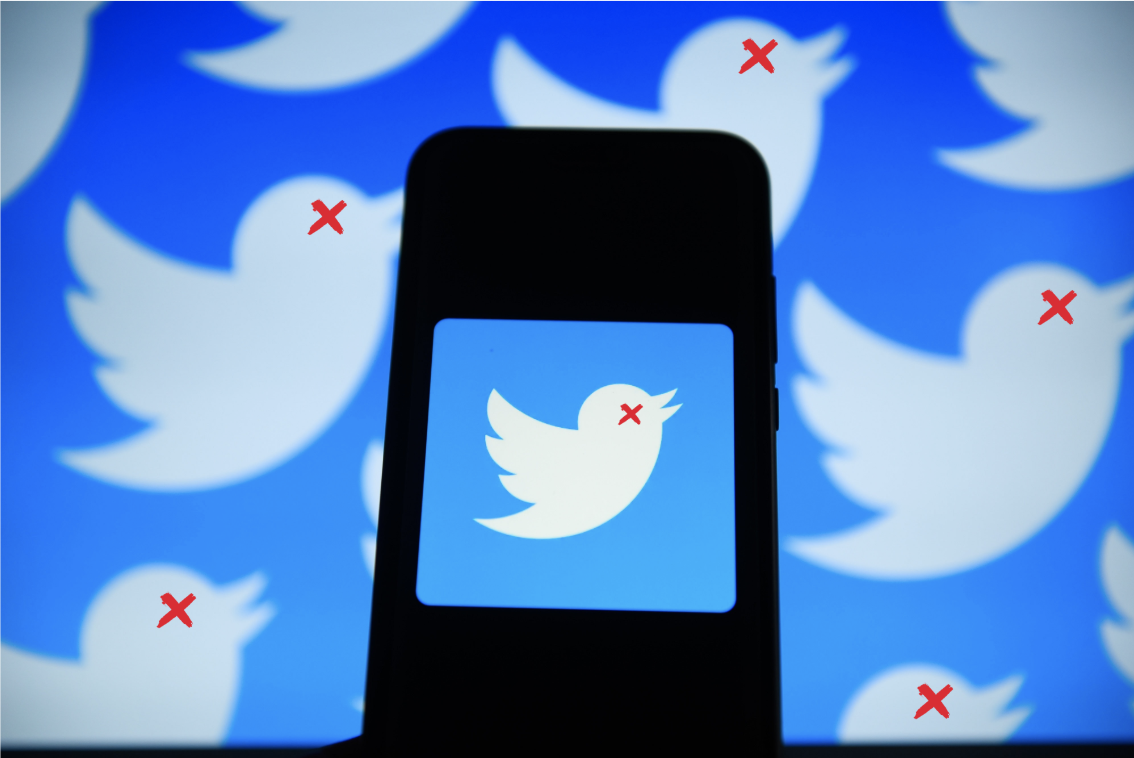 Twitter VP of Trust and Safety Del Harvey has released the following statement:
“We recently launched a new tool so when someone searches for certain keywords associated with vaccines, a prompt will direct individuals to a credible public health resource. In the United States, we partnered with the U.S. Department of Health & Human Services and point people to vaccines.gov.”

Additionally, Twitter will not auto-suggest queries that are likely to direct individuals to non-credible commentary and information about vaccines – in short, they will censor the public space. In making these changes, Twitter is effectively stifling research, journalism, open public debate and core principles of American free speech. The science surrounding vaccination isn’t settled despite the desperate pleas of media outlets, vaccine stakeholders and government officials. By its very nature of exploration and discovery, no science should ever be settled and the motives of those who attempt to limit debate and open conversation using such talking points must immediately be questioned.

It was Rep. Adam Schiff who pushed over the first censorship dominos with his letters to Amazon and Facebook asking the Big Tech giants to censor the debate surrounding vaccinations. Rep. Adam Schiff has successfully lobbied Amazon, Facebook and YouTube to demote, demonetize, remove and censor vaccine “misinformation.” Ironically, Schiff’s letter calling for censorship contained the exact “misinformation” he was asking Facebook to censor. For example, Schiff states that, “There is not evidence to suggest that vaccines cause life-threatening or disabling diseases.”

Instagram has followed suit recently announcing it has begun hiding search results for hashtags that return what it deems to be false information about vaccines. Like Twitter, Instagram is planning to introduce its own pop-up message for people searching for vaccine information.

Within a broken and industry-controlled regulatory framework, using appeals to authority to direct speech from purported ‘experts’ and ‘officials’ has historically dangerous consequences resulting in real human injuries and casualties. Despite their overarching dominance upon the science and regulatory apparatuses of their time, the asbestos industry, Big Tobacco, the opioid drug makers, Johnson and Johnson [talc], and recently Bayer-Monsanto [Roundup] never were able to censor public debate around their troublesome products to the extent it is currently with vaccines. Along the same vein, none of the historically dangerous products of industries past were ever mandated by law on all children.

Robert F. Kennedy Jr. recently spoke at a rally in Albany, New York where he stated,

“This [pharmaceutical] industry has been able to disable all of the institutions of our Democracy that stand between a greedy corporation and a vulnerable child. They own Congress…they have disabled the regulatory agencies through capture. They’ve been able to neutralize the lawyers by making it illegal to sue a vaccine company. They’ve been able to neutralize the press and avoid all press scrutiny. And now they’re neutralizing the internet. They’re shutting us out so that we cannot speak.”

Taking a deeper look at the credibility and accuracy of Twitter’s vaccine solution interface shows instant flaws. The prompt Twitter has chosen to direct its users to whenever they search for vaccine-related keywords is vaccines.gov. Upon entering the website, the user is asked to “spread the word about HPV vaccination.” A further look shows that the website solicits the public to become an advertising arm for Merck’s highly controversial HPV vaccine by telling visitors to “share the word” with promotional material and direct it at the “primary audience” of “consumers — particularly parents and young adults”

Another homepage prompt at vaccines.gov titled “The truth about vaccines” simply links to a New York Times opinion piecethat tells its readers, among others points, that “Vaccines do not cause autism and they do not contain toxic chemicals.” Yet a simple search of the vaccine excipient list put out by the U.S. Centers for Disease Control and Prevention (CDC) shows a laundry list of vaccine ingredients that appear to contradict that statement.
Furthermore, the statement “vaccines [plural] do not cause autism” is not supported by available science because the science hasn’t been done to exonerate all vaccines individually or the CDC’s entire schedule in combination. A fact that was pointed out to HHS in a notice letter to which the agency failed to provide a single study to support its claim that none of the vaccines given to children by one year of age cause autism. HHS’s 2014 “comprehensive review” of vaccine safety even expressly stated it could not identify a single study to support that DTaP or Hepatitis B vaccines do not cause autism.
​
Vaccines.gov also states the following:

Yet when the U.S. Food and Drug Administration (FDA) was pressured in court proceedings to produce the clinical trials and safety studies relied upon to license both the TdaP and inactivated influenza vaccines for use in pregnant women, it was forced to conceded “Clinical studies for TdaP and inactivated influenza vaccines did not specifically enroll pregnant women.” The FDA legal admission went on to admit they “have no records responsive to your [plaintiff’s] request.”

​Vaccines.gov attempts to quell any issues surrounding the safety of injected aluminum adjuvants used in vaccines in this short Q & A:

​What the website doesn’t address is that studies injecting the stand alone aluminum adjuvant have never been through thorough safety testing. In addition, Merck will not release its proprietary aluminum adjuvant to outside, independent scientists for analysis. The studies that regulatory agencies have relied upon revolve around ingested, not injected aluminum.

Over a decade of international, scientifically corroborating evidence has shown injected aluminum adjuvants can travel throughout the body, deposit into the brain, trigger neurological conditions, and have been implicated in the mechanisms leading to autism. When author J.B. Handley compiled and posted the science, studies and their conclusion regarding the findings of injected aluminum, his entire blog at medium.com was cancelled without warning. The re-post of the article can be found at his website here.

The extremely lucrative vaccine industry and its multinational corporate beneficiaries have a big problem on their hands. The public at large, along with many in academia and medicine, are beginning to understand some inconvenient facts now haunting Big Pharma’s injectable business model. Missing and incomplete safety science, broken adverse event reporting systems skewing true injury rates, massive conflicts of interest and captured regulatory agencies are just a few issues.

At the very moment open debate, minus industry and government interference, should be allowed to distill the truth about many issues surrounding vaccination, it is being censored. Impending legislation in nearly every American state sees creeping vaccine industry overreach to remove existing barriers between Big Pharma’s biological product and American children. In the mad rush to mandate its product, industry, its lobbied government minions and low-information legislators aren’t stopping at the abolition of free speech and open debate. In the eyes of many pushing the current vaccine agenda, religious freedoms, informed consent, parental consent, and the doctor-patient relationship are all deemed worthy of sacrifice when weighted against the questionable, for-profit product made an untrustworthy industry. In stifling the vaccine debate, Big Tech is directly interfering in the American Democratic process by not allowing citizens to discuss active bills threatening to take away several of their rights.