In Unprecedented Cost-Cutting, Exxon Is Firing 15% Of Its Workers To Keep Dividend https://www.zerohedge.com/markets/exxon-firing-15-its-workers-keep-dividend

TRUMP SAYS GOING TO HAVE A 'VERY BIG' STIMULUS PACKAGE 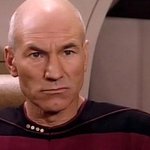 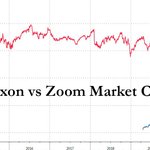 While most of the focus in Congress  is on the impeachment, Congress has still found time to advance some votes relevant to the potential war with Iran, and are set for some such votes next week.

Two votes are planned in the House, and expected on Thursday. One is from Rep. Ro Khanna (D-CA) prohibiting any funding for a war in Iran without Congressional authorization. The second will attempt to reveal the 2002 Authorization for the Use of Military Force (AUMF).

The 2002 AUMF was meant to authorize the 2003 invasion and occupation of Iraq. With the Hussein government long gone, many have questioned the relevance of the AUMF, though the administration has at times claimed it authorizes other wars, including military action against ISIS in “Syria or elsewhere.”

The votes are seen not only as a rebuke of Trump’s unilateral action against Iran but a win for House progressives, who have spent years seeking limits on presidential authority. The Trump administration has claimed the 2002 AUMF legally justifies military action against the Islamic State group “in Syria or elsewhere.” — Defense News

While the Iraq AUMF isn’t directly related to a possible Iran War, repealing it would go a long way toward Congress reasserting its war-making powers, and emphasizing that the authorizations aren’t open-ended after the intended war is long over, allowing them to be reinterpreted indefinitely for other operations.

Marching now through Washington DC against the US war on Iran and the illegal occupation of Iraq. #NoWarWithIran pic.twitter.com/dIP8WKpR4f