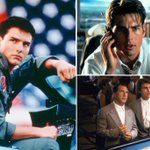 Before I took office 3,000 Americans were dying from COVID each day. 20 Million Americans had lost their jobs.

In fact, so many Americans lost their jobs that my predecessor became just the second president in history to leave office with fewer jobs in America than when entered.

Under my plan for the economy, we’ve made extraordinary progress. We’ve put America in a position to tackle the worldwide problem of inflation from a place of strength. The problem is Republicans in Congress are doing everything they can to stop my plans to bring down costs.

We want to hear all views! Go to http://SharylAttkisson.com now to take part in the poll. Look for black box in right sidebar on home page or, on mobile device, scroll way down. 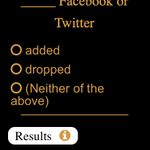 This Sunday on Full Measure we investigate an underreported scandal inside our intelligence complex: alleged longstanding surveillance abuses.

Startling evidence has quietly been uncovered in the two years since Donald Trump has been President. But this scandal didn’t begin in 2016. Evidence shows it dates back at least a decade and a half.

Were some intel officials worried that a Trump administration would learn about their controversial practices?

Lisa Fletcher has a fascinating interview with a man who has investigated the role of journalists as– spies.

Also come with us on a trip to a whimsical tiki bar in snowy Montana where the beer flows and the mermaids swim. And wait until you see what happened when a merMAN got into the water with his girlfriend, the merMAID!

We won’t waste your time rehashing news you’ve already seen all week. How to watch Full Measure is listed below! (Now on the app STIRR!)