The Rise Of Bitcoin https://www.zerohedge.com/crypto/rise-bitcoin

China Plans To Build Giant Wind Farm Next To USAF Base In Texas  https://www.zerohedge.com/geopolitical/china-plans-build-giant-wind-farm-next-usaf-base-texas

As tensions boil between the US and Russia, Germany’s armed forces have recently test-fired a new lightweight, compact machine gun with high firepower.

The advanced version of MG4 is expected to replace MG3 machine guns currently in field service with Bundeswehr soldiers. 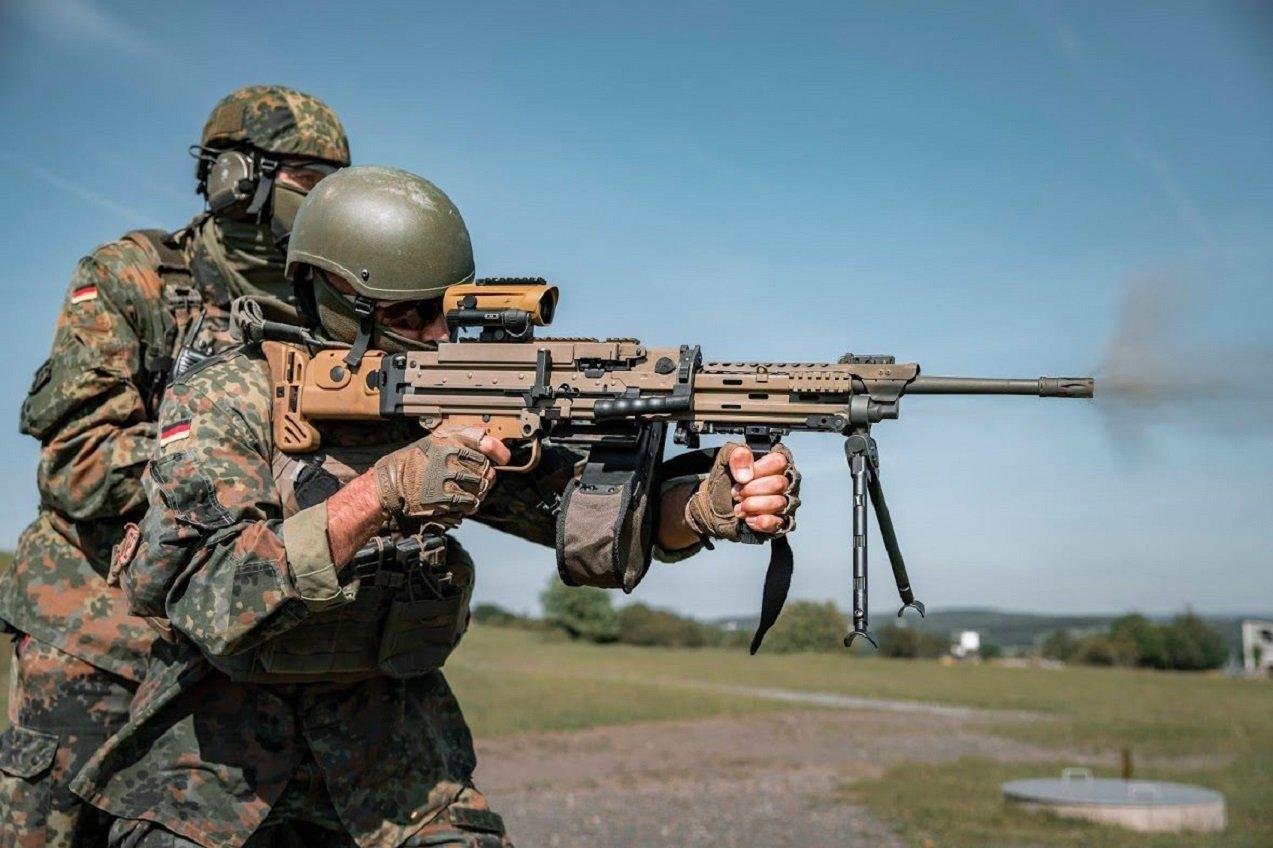 Three-week test trials were recently completed with soldiers from the 26th Airborne Brigade based in Zweibrücken, a NATO military air base in West Germany.

The machine gun chambers a 5.56×45 mm NATO round and offers a fully automatic shooting opportunity with a rotating bolt gas mechanism. A new paint coating and optical sight upgrades make this model even more lethal. The weapon has less recoil than before and is much lighter, which improves firing accuracy.

“It provides unmatched performance characteristics: Owing to its low recoil, the shot is readily controllable, giving high target precision. Its great combat effectiveness and range, the optimal rate of fire, and simple handling make it a weapon unlike any other,” Defense Blog said.

Germany is not the only country in the process of upgrading service weapons among its armed forces. We’ve noted in the last several years, there’s been a big push by the Trump administration to upgrade service weapons in the US Army.

Several months ago, the Pentagon doubled its purchase of a new anti-personnel precision rifle.

In January, Special Operation Command granted Sig Sauer with a safety certification for the new MG 338 Machine Gun, 338 Norma Mag Ammunition, and Next Generation Suppressors, which means US Special Forces are about to receive a badass advanced machine gun.

Late last year, Textron Systems’ AAI Corporation delivered their next-generation machine gun to the Army that chambers a telescoped round between 6.5 mm and 6.8 mm and is expected to be the future replacement for the M16 rifle, M4 carbine, and M249 light machine gun.

It just so happens countries in the Western world are beefing up their military forces as the global economy plunges into economic depression. Is a military conflict ahead?