@realDonaldTrump While you're at it, can you also ask Congress to completely terminate the very dangerous & unfair National Childhood Vaccine Injury Act of 1986, which is a liability shielding gift from the U.S. to "Big Pharma" (the only companies in America that have it - corporate welfare!)

Facebook Says It Will Provide The "Authoritative Information" On COVID Vaccines

The company has "already reached out to the Biden administration," CEO Mark Zuckerberg has said. We don't know about you, but we already feel safer ...

The #CNNTapes start dropping at 7pm Eastern tonight at http://exposecnn.com

EDITORIAL: All eyes on the frontline health workers during the initial vaccine push https://thehighwire.com/frontline-health-workers-from-heroes-to-vaccine-hesitant-public-health-threats/ 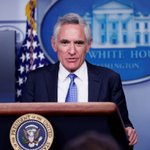 The National Toxicology Program (NTP) has recently released its final reports on rat and mouse studies involving radio frequency radiation (RFR) as used in cell phone and wireless technologies. The $30 million NTP studies took more than 10 years to complete and are the most comprehensive assessment, to date, of health effects in animals exposed to RFR with modulations used in 2G and 3G cell phones. 2G and 3G networks were standard when the NTP studies were designed. However, the limitations and results leave much to be desired. The rapid public rollout of RFR tech has done so while the research, medical and health regulatory communities are still years behind in determining the ill-health effects on the greater populations exposed to them.

The NTP concluded there is clear evidence that male rats exposed to high levels of RFR, like that used in 2G and 3G cell phones, developed cancerous heart tumors. There was also some evidence of tumors in the brain and adrenal gland of exposed male rats. These studies did not investigate the types of RFR used for Wi-Fi or 5G networks and RFR exposure in the study was intermittent, 10 minutes on and 10 minutes off, totaling about nine hours each day.

“5G is an emerging technology that hasn’t really been defined yet. From what we currently understand, it likely differs dramatically from what we studied,” said said Michael Wyde, Ph.D., lead toxicologist on the studies. From the information already known about 5G tech, the words “differs dramatically” describes a more powerful overall network with more concentrated, continuous radio frequency saturation coming to our major cites and then local communities.

John Bucher, Ph.D., NTP senior scientist cautioned, “The exposures used in the studies cannot be compared directly to the exposure that humans experience when using a cell phone,”. Bucher did state however, “We believe that the link between radio frequency radiation and tumors in male rats is real, and the external experts agreed,”

For all the useful and important findings the recent NTP study discovered, its 10-year incubation period was perhaps its major limiting factor in the face of the rapid technological rollout seeing most telecom carriers aiming for nationwide 5G service by 2020.

“US telecom companies since 2010 have invested $200 billion in 4G networks, and are anticipated to invest another $275 billion over the next seven years to build next-generation 5G networks, according to wireless organization CTIA.”

There currently is a push to get 5G transmitting equipment up and running in local communities as fast as possible. The foundation for 5G technology are small cell antennas and major US cities are racing to  install them on utility poles and street lamps. Small cell antennas – which are the size of a shoe box – have a range of 500 to 1,000 feet and transmit signals to larger cell towers via fiber or radio waves. Telecom companies have faced permitting challenges with cities for small cell deployment, which can take 18 to 24 months for approval. In many cities, regulation concerning the placement of the radiation-emitting transmitters is under local control. However, lobbyists for the telecom companies are trying to quietly pass legislation to take away any local control over the placement of wireless telecommunications equipment.

Without continued, multilevel scrutiny and discernment of this aggressive 5G tech rollout, exposed populations will be unwittingly serving as the test subjects for a technology whose safety is already highly questionable.