Every time you make a public apology for something that wasn't even wrong to begin with, you make it harder for the next person to speak up. 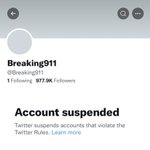 What Does It Take To Be Wealthy In America? https://www.zerohedge.com/personal-finance/what-does-it-take-be-wealthy-america

In a stunning surprise, the United States Navy announced Friday that it would reactivate its Second Fleet to counter the increasing threat from Russia.

“Our National Defense Strategy makes clear that we’re back in an era of great power competition as the security environment continues to grow more challenging and complex,” said Admiral Richardson.

The re-establishment of the US Second Fleet is part “of re-orientating the US armed forces towards a world of renewed big power competition and away from the counter-insurgency campaigns they have been fighting over recent decades,” said BBC.

The Fleet was established following World War II for the sole purpose of supporting the North Atlantic Treaty Organization (NATO).

Before the 2011 deactivation, the Second Fleet had approximately 126 ships, 4500 aircraft, and 90,000 personnel situated at major naval installations along the East Coast.

BBC said the revived fleet would be headquartered in Norfolk, Virginia, where the United States Department of Defense (DoD) will build a staff of about 15 personnel for the intermediate timeframe, then increase to more than 200.

At the moment, it is a mystery who will command the Second Fleet, nevertheless, what military assets it will include.

According to Military.com, the reactivation of the Second Fleet could bring some relief to other fleets stretched around the globe.

“Bringing the Second Fleet back to life will free up Fleet Forces to focus on such bigger-picture issues as manning, training and equipping the entire fleet, which took on increased scrutiny in the wake of two deadly collisions involving U.S. warships in Asia. Davidson led the Navy’s comprehensive review of those incidents, which called for restructuring how the Navy operates.”

NATO has recently suggested that Russia expanded its naval patrols in the Baltic Sea, the North Atlantic and the Arctic regions, along with its submarine activity at levels not seen since the Cold War.

Back in 2011, the prospect of U.S.-Russia relations seemed healthy, after the Obama administration declared a reset in 2009. Now, it appears as the Trump administration has performed an about-face with a dramatic reversal to reactivate the Second Fleet amid Moscow’s continued support for President Bashar al-Assad of Syria. War is coming…