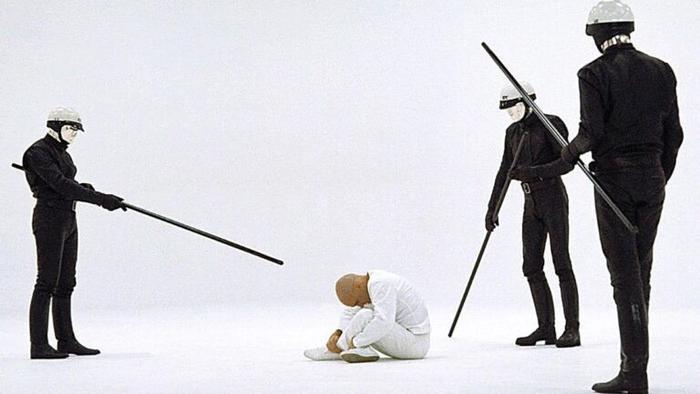 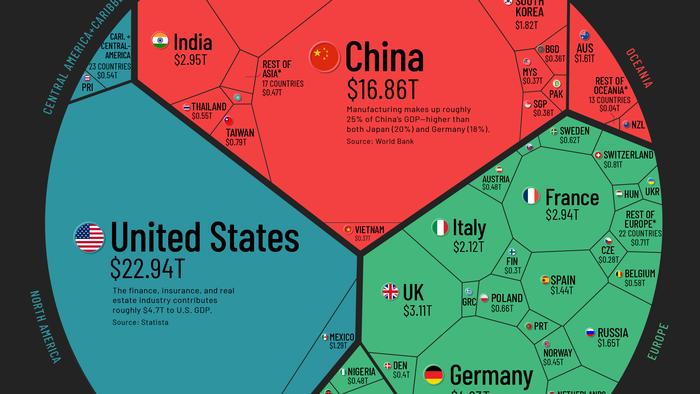 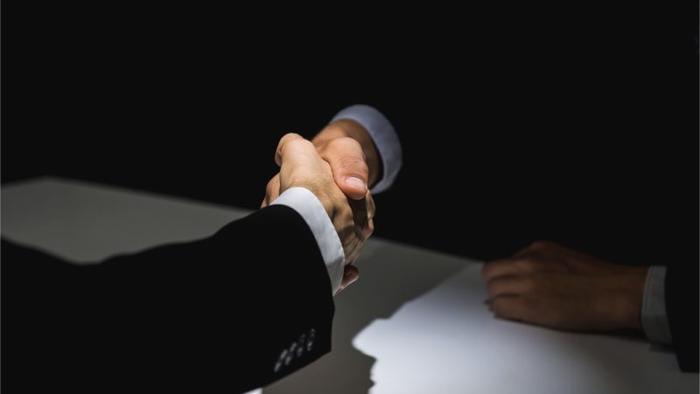 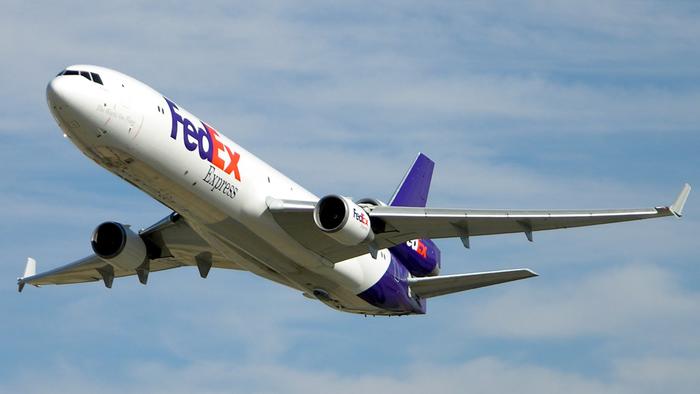 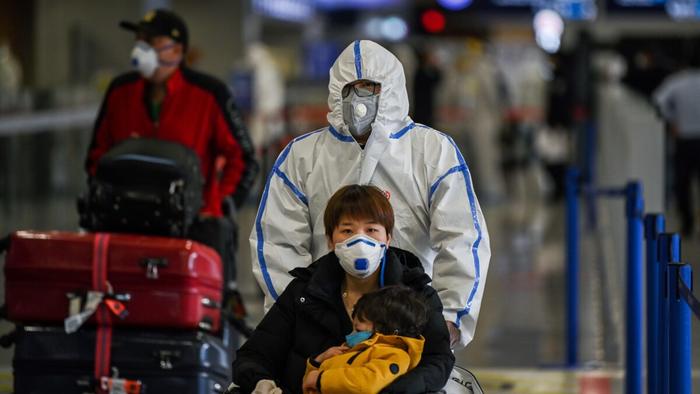 Just as we suspected as we watched futures surge out of the gate on Sunday evening, the drop in New York’s reported deaths that filled investors (not to mentioned President Trump) with hope that a week which Surgeon General Jerry Adams had said would be like ‘Pearl Harbor, but across the entire country’ might not be all that devastating. 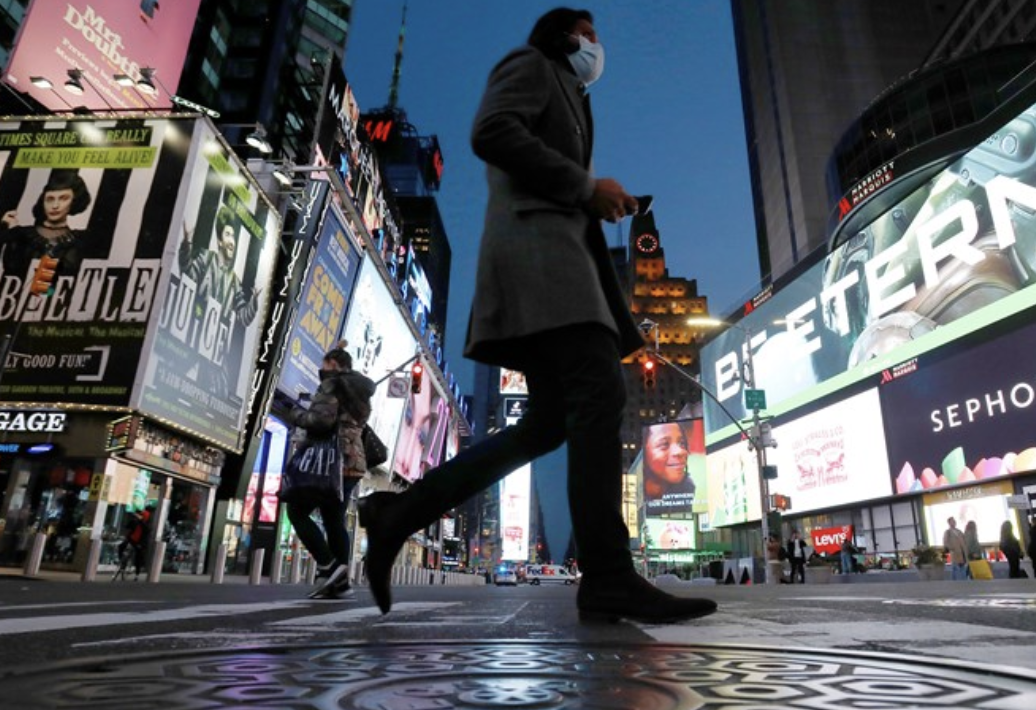 Unfortunately, those numbers now appear to have simply a blimp, based on a quirk in data collection and presentation, as one medical researcher pointed out yesterday.

Even after New York reported a promising three-day streak of declines in hospitalizations and intubations related to COVID019, across the US, the outbreak worsened on Monday as more cases were reported in the US than all of Europe. Overall, there were 73,135 cases of COVID-19 confirmed, bringing the global total to roughly 1.35 million as of Tuesday morning. Deaths rose slightly as well on Monday, as 5,227 people lost their lives around the world, bringing the ‘official’ death toll to 74,799. After Sunday’s drop in new cases, the US once again reported more than 30,000 new cases on Monday, with New York State being the hardest hit, adding nearly 9,000 cases and 600 fatalities. 10 other states reported a daily jump of more than 1k cases. While Europe is finally seeing signs that its lockdowns are working, for the US, with roughly a dozen states still with no mandatory stay at home order in place, it’s still too early, according to the FT.

That said, some European states are doing better than others. Spain, which reported a drop in deaths over the weekend, saw them bounce back early Tuesday, reporting 743 deaths for Monday, bringing its total to nearly 14k.

After Germany leaked plans that call for the economy to start reopening later this month, and Austria announced that some shops could reopen as early as next week, the French government is apparently preparing to ban outdoor jogging.

All physical exercise – running, walking – will be banned in Paris between 10am and 7pm from tomorrow (Wed April 8) as part of ever stricter Coronavirus lockdown, by order Paris Police Prefecture & city council…Aim is to keep crowds down. What about pre-10am & post-7pm crowds?

While US testing has improved remarkably since the failings of early last month, former FDA head Scott Gottlieb, a prominent public expert who has been widely quoted in the press since the outbreak began, warned on Tuesday that Texas and Georgia are still notably under-testing, which needs to be corrected.

Texas and Georgia are not testing enough, says @ScottGottliebMD on #COVID19. “When you see a lot of hospitalizations but not a lot of people testing positive in a state it is an indication that they are under testing and both those states are in that bucket.” pic.twitter.com/w7HGYqdFLp

As New York struggles, CNN reported that 12 NYPD officers have died from COVID-19, roughly half the number of NYPD officers who died on 9/11.

Crossing another major milestone off its list, China’s NHC reported a drop in new cases Tuesday morning to 32 from 39 the day before (all of which were travel-related, it said), along with zero new deaths for the first time since Beijing began releasing daily updates in late January. Total case and death toll reported for China have risen to 81,740 and 3,331, respectively, as of April 6.

A BBC correspondent working on the Mainland pointed out that while this milestone is being widely reported in the European press, in China, the state-backed media seem to not be playing it up. Is that because there’s an implicit understanding at this point that the public knows Beijing is lying about the daily numbers, and really doesn’t care? Who knows, but at this point, the total case and death totals reported out of China don’t really matter any more. And the fact remains that, even as Beijing embraces targeted lockdowns in some areas, the overall trend shows China is mostly in the clear – even as the virus will likely persist on some level.

#China has reported zero new deaths today! It’s the first time since the 21st of January when the National Health Commission started publishing daily #coronavirus figures (Official figures usual caveats). It doesn’t matter whether or not I “believe” the number because…

While a “milestone” day with zero official #coronavirus deaths, the most important thing in #China is the trend. There’s a mountain of evidence to show that the trend in #China is real. Doesn’t matter if overall infections are 10 x the official figure, the curve is what matters.

Would #China‘s Communist Party elite allow thousands of people to travel from #Hubei (the origin of the #coronavirus outbreak and worst hit province) to where they live in the Chinese capital if they didn’t think it was safe?

I don’t know a single person in #China (I don’t even know anybody who knows anybody in #China) who’s contracted the #coronavirus. I hardly know anybody in #NewYork and #London but I do know people in both those cities with #covid19.

Interestingly, #China’s Communist Party controlled media is not reporting the first 24-hours without #coronavirus fatalities with any great fanfare. The subject isn’t even a key trending subject on Chinese social media platforms.

It was the same when we had the first day with no new home-grown #China #coronavirus infections. It was buried in #China‘s Communist Party media. If you weren’t paying very close attention to the evening 7pm TV news you would’ve missed it. We’ll see tonight re zero deaths.

This also comes with #Wuhan, the city where the global #coronavirus crisis first started – about to open again to the outside world in coming hours. #covid19 #China

Take from that what you will.

The government in New Delhi has embraced an increasingly paranoid approach to the outbreak in recent weeks, prompting PM Modi to declare a three-week lockdown that gave India’s 1.3 billion residents with just hours to prepare, leaving many of the country’s poor in the lurch. But as they struggle to prevent outbreaks in some of the country’s most densely packed slums, BBC reports that three hospitals in two of India’s largest cities – the capital, Delhi, and Mumbai – have been shut after staff tested positive. No one is allowed to enter or leave, and staff will only be allowed to return home once they’ve tested negative. In Wockhardt Hospital in Mumbai, more than 50 staff members have tested positive. And in Jaslok Hospital, a well-known private hospital in the city, more than 10 nurses tested positive on Monday.

Further north, more worrying news emerged out of Moscow Tuesday morning, as Russia’s COVID-19 task force reported 1,154 new coronavirus cases, the largest daily jump yet and the first time the Russian daily total has topped 1k, while another 11 deaths brought the country’s total to 58. Russia’s total of 7,497 cases of Covid-19 is fewer than other major European countries, but the virus has continued to steadily accelerate even after the Kremlin extended Russia’s country-wide “holiday” (a strict lockdown) until the end of April.

From Beijing, to Singapore, to Silicon Valley, the coronavirus has given governments an excuse to test out new surveillance tactics in the name of ‘contact tracing’ and outbreak suppression. Now, Germany is getting in on the action by promoting a health tracking app released by Germany’s federal health agency that can alert health officials to possible signs of COVID-19.

Germany’s federal health agency has unveiled a coronavirus-tracking app that links to fitness bands and smartwatches, which it says will help map the spread of Covid-19 by monitoring anonymised data for tell-tale signs of infection. The app asks for permission to access users’ approximate location, and data including resting pulse, sleep and activity levels, which tend to change significantly in the case of acute respiratory diseases. The Robert Koch Institute developed the app in conjunction with Thryve, a Berlin start-up. “If the number of symptomatic patients can be recorded in a sufficiently large sample, this could help us to draw conclusions earlier on the occurrence of infection, distribution and also the effectiveness of the measures taken,” said Professor Lothar Wieler, president of the Robert Koch Institute.

Since the early weeks of the epidemic, the general peer-reviewed medical journal “The Lancet” has become widely known outside of the usual medical circles as a source of the latest research on the novel coronavirus. A study published this week in the magazine found that school closures have a limited impact on the spread of coronavirus and should be more rigorously weighed against their serious economic impact, according to a study by researchers at University College London. Data from 16 studies on the Sars outbreak and other coronaviruses in mainland China, Hong Kong and Singapore suggest that school closures did not contribute to the control of the epidemic, concluded the researchers in a paper published in The Lancet on Tuesday.

The Iranian military – which is a wholly separate entity from the IRGC – has cancelled a military parade that had been scheduled for later this month, saying it will instead push the soldiers to help with the outbreak.

Also: After announcing plans to declare a month-long ‘state of emergency’ in 7 provinces (including Tokyo), Japanese PM Abe did just that when he officially announced the plan on Tuesday morning, a move that had been widely telegraphed in advance. Though Japan’s constitution doesn’t allow the government to hand out punishments for violators, it has asked non-essential businesses and schools to close, while ‘essential’ businesses like banks and grocers to remain open. His government has also announced plans for a stimulus package worth nearly $1 trillion.

Finally, last night, Downing Street shocked the world when it announced that UK PM Boris Johnson had been moved to the ICU “as a precaution” after experiencing some heightened difficulty breathing. After doctors started to speculate that he would very likely be placed on a ventilator, the government decided to re-examine its decision not to provide complete transparency to the press, and instead leaked a report to the London Times offering more details about Johnson’s condition with one critical admission: Doctor’s said Johnson wasn’t in bad enough shape to warrant being admitted to the ICU under normal circumstances, but given the novelty of the virus, and Johnson’s importance, he was moved as a precaution.

Meanwhile, ministers are demanding to know more about the government’s contingency planning as for who will be responsible for critical national security duties, including the handling of the UK’s nuclear deterrent. So far, Dominic Raab, Johnson’s foreign secretary, has been deputized to step up if Johnson becomes incapacitated.