Very Serious Shortages Of Amoxicillin, Augmentin, Tamiflu, Albuterol, & Tylenol Have Erupted All Over The US https://www.zerohedge.com/medical/very-serious-shortages-amoxicillin-augmentin-tamiflu-albuterol-tylenol-have-erupted-all

Thanks to the “complacency” of young (or young-ish) people across the south and the west of the US, the number of newly confirmed coronavirus cases topped its late-April peak of 36,400 new cases reported in a single day, with more than 45,000 new cases reported yesterday according to the latest tally from NBC News, up from the 39k we reported Wednesday evening.

All coronavirus data are reported with a 24-hour delay, so the record spike really happened on Tuesday. But the final numbers are in, and the picture is bleak. Seven states, including California, Florida, Oklahoma and Texas, reported record tallies of new cases yesterday, with the average age of hospitalized patients falling to 35, from 65 during the April peak in the northeast. 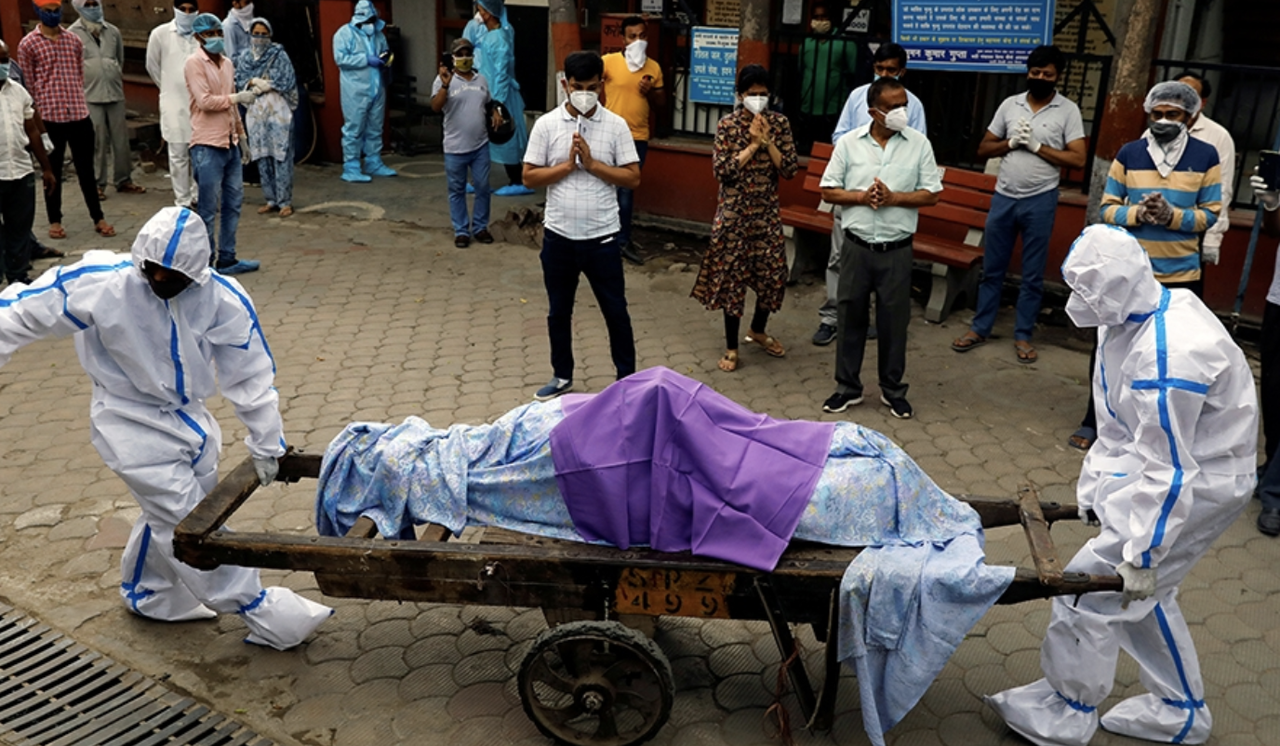 As Florida and Texas emerge as the two biggest ‘hotspots’, Disney has decided to delay the reopening of its theme parks in the US following a surge in cases in California and Florida, both of which reported record numbers of new cases yesterday. What’s more, Disney is pondering whether to push back the release of its live-action “Mulan” blockbuster, which would have been the first major film release with movie theaters back open.

New York, NJ and Conn. have all said they’ll be enforcing quarantine orders targeting travelers from out of state, and police will definitely be stopping cars with out-of-state license plates to see if they’re violating quarantine orders: If they are, they can expect a hefty fine, after the states have seemingly had a change of heard following Cuomo’s initial claim that the order wouldn’t be enforced.

One health professional warned that the outbreak is likely the result of younger people getting “complacent” – going to bars and other crowded public places without taking proper precautions.

“People got complacent, And it’s coming back and biting us, quite frankly,” according to the CEO of the Houston Methodist Hospital, who spoke to reporters as the health-care system in the city emerges as perhaps the most vulnerable in the country, as a new wave of COVID-19 patients flood the city’s hospital and ICU beds, which are nearly at capacity.

According to the Associated Press, governments from NY to Melbourne are taking steps to prevent a resurgence, or get their outbreak under control.

In India, authorities are launching a massive coronavirus survey, perhaps the most ambitious the world has seen since the dawn of the pandemic, as the government tries to get a handle on New Delhi, both the nation’s capital and one of the areas most impacted by the virus. The government will survey the city’s entire population of 29 million, with everyone being tested and facing a brief survey by July 6. That’s pretty, ambitious; Beijing managed to test millions of people in a week during its latest outbreak.

Per Al Jazeera, the new plan was announced Wednesday after the sprawling capital became the worst-hit city by the pandemic in India with 70,390 cases, exceeding the financial capital of Mumbai, its only real competition. 3,788 new cases were confirmed over the last 24 hours in Delhi, the government announced on Thursday, compared to 1,118 in Mumbai. India on Thursday registered another record high of 16,922 cases, taking the countrywide total to 473,105, leaving it still in fourth place behind the US, Brazil and Russia.

Latin America and the US are the two biggest contributors to the growing global coronavirus tally, but two other regions – the Middle East and Africa – are coming up in the rearview mirror.

COVID-19 cases in the Persian Gulf region have surpassed 400,000, according to Johns Hopkins data, as the number of daily cases reported climbs as governments start to ease restrictions. Africa’s cases have surged past 336,000 on Thursday, following a 10k increase in infections announced Wednesday evening.

The UAE, home of Dubai and other popular international cities, announced that it would finally be lifting a nightly curfew in place since mid-March as the number of cases it’s reporting every day has fallen by 2/3rds.

The global outbreak is on track to top 10 million next week, the World Health Organization has said, warning that the virus has yet to peak in North and South America. As of Thursday morning in the US, more than 9.4 million people around the world have been diagnosed with COVID-19, with more than 4.7 million recovered, and nearly 483,000 fatalities, per JHU.

Indonesia, a country that drew the world’s attention during the early days when its government acknowledged that it was actively hiding evidence of the virus, has finally seen its case total top 50k, though the government insists that improved testing is responsible for the recent uptick in newly confirmed cases.

The Eiffel Tower on Thursday welcomed back visitors after the coronavirus outbreak forced the Paris landmark into its longest closure since WWII.

Before we go, Dr. Scott Gottlieb appeared on Squawk Box this morning to comment on the latest record numbers out of the US. He said more states are seeing troubling data on new cases and hospitalizations, including Georgia, South Carolina, North Carolina, Arkansas and others.

“This isn’t confined to a handful of states anymore,” the Dr. said. “It’s going to be difficult now to get this under control.”

“It’s going to be difficult now to get this under control. They still have an opportunity,” says @ScottGottliebMD on the current #coronavirus hotspots. “Whatever these states do right now is really going to help them in about two weeks.” pic.twitter.com/dzX1T27ya2

Finally, Russia confirmed 7,113 new cases on Thursday, pushing its tally to 613,994, as the daily counts are slowly coming down. Only 92 deaths were recorded, bringing the death toll to 8,605. To be sure, critics claim Vladimir Putin’s government is deliberately undercounting deaths.