"We're In For A Really Big Mess" - Charles Nenner Warns "War Cycle To Really Heat Up In 2023" https://www.zerohedge.com/geopolitical/were-really-big-mess-charles-nenner-warns-war-cycle-really-heat-2023 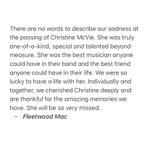 People acting as if this is some surprise:

... because the Fed looks at 6 month lagging indicators when making policy

US Strategy In Syria: “Create Quagmires Until We Get What We Want”

In 2013, top Obama Administration officials described their policy in the Syrian War as one of keeping the war going. The administration wanted a big seat at the table for a political settlement, which officials clarified meant ensuring that the war kept going so that there was never a clear victor.

The Trump Administration seems to be slipping into that same destructive set of priorities in Syria. The Washington Post this week quoted an unnamed Administration official as saying that “right now, our job is to help create quagmires [for Russia and the Syrian regime] until we get what we want.”

As ever, what the US really wants is to have a dominant position in post-war negotiations, so they can dictate the form that post-war Syria takes. This means ensuring that the Syrian government doesn’t win the war outright.

That’s not as realistic as it once was, with the Assad government, backed by Russia, having retaken virtually all of the rebel-held territory except for a far north bastion in Idlib, dominated by al-Qaeda. This means the US now has to save al-Qaeda to keep the war going, which if we’re being honest has been a recurring undercurrent in US policy in Syria for years.

The US is, after all, constantly talking about an imminent chemical attack despite there being no reason to think Syria is poised to launch one. At times, US officials have privately conceded that there is no sign Syria is making any moves to even ready such weapons for the offensive. Yet several times a week, the US issues statements with allegations of a chemical plot featuring prominently, setting the stage for a reaction.

The Syrian War has been nearing its endgame for months now, with Israeli officials conceding it is all but over as far as they are concerned (while vowing not to honor any post-war deals). When a war is lost and a plan has failed, however, the US government is often the last to know, and that has them determined to drag the war on as long as possible.

US Strategy In Syria: “Create Quagmires Until We Get What We Want”