Entering The Worst Seasonal Period Of The Year... Which Ends With Jackson Hole https://www.zerohedge.com/markets/entering-worst-seasonal-period-year-which-ends-jackson-hole

JPMorgan Finds That Fed Has Broken The Most Fundamental Market Correlation 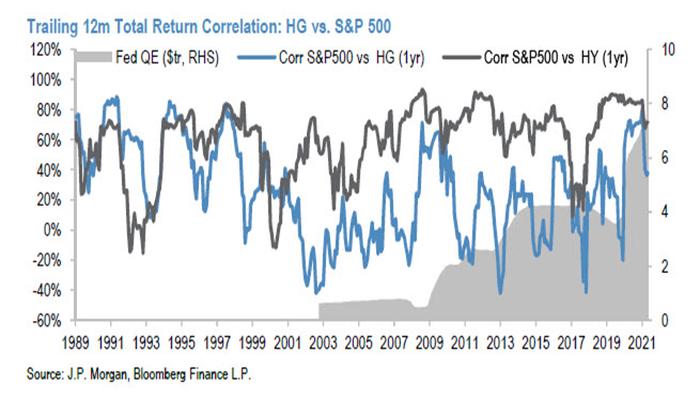 JPMorgan Finds That Fed Has Broken The Most Fundamental Market Correlation

"Traditionally portfolio theory says that bonds are a diversifier for equity market investments. This has not been the case recently, with the risk th...

US To Hold “First-Ever” Missile Drill On Japan’s Okinawa

The US Military will conduct its first-ever missile drill on the Japanese Island of Okinawa, located in the East China Sea, as Washington attempts to counter an increasingly aggressive China. Japan Times reported on Thursday that the US military had notified Japan’s government that it would deploy anti-ship missile systems around the strategically important island this year, the original story was released by Sankei Shimbun.

The war exercise would fortify the island with possible truck-mounted anti-ship cruise missile systems seen as a countermeasure to potential attacks from Chinese surface-to-sea ballistic rockets, the paper said.

China has repeatedly railed against US military expansion in Asia and the Pacific, describing the presence as a source of regional instability. In the last several years, Chinese warships have navigated near Okinawa, where roughly half of the 54,000 American troops are stationed, in an attempt to curb US military dominance in the East China Sea.

To counter the treat, Japan, has, in turn, postured its military along the Japanese archipelago, a group of 6,852 islands that extends over 1,850 miles from the Sea of Okhotsk northeast to the Philippine Sea south along the northeastern coast of the Eurasia continent.

Some military strategists believe Beijing seeks to end US military dominance in the western Pacific by exerting control of the second island chain that links Japan’s southern Ogasawara islands, the US territory of Guam, and Indonesia, said The Japan Times.

Okinawa’s strategic location between the Philippine, East China and South China Seas makes it a critical military outpost to preserve freedom of navigation of US warships and defend American security interests in the region. Okinawa’s proximity to China, Taiwan, the Korean Peninsula, and Japan supports rapid deployment of US marines to anywhere in the Eastern Hemisphere.

America’s presence on the island is also a critical component of its strategy to preserve peace on the Korean Peninsula.

Washington remains massively invested in Okinawa as a means of policing Asia and supporting Japan in its national defense, an obligation that started when the US signed the Security Treaty with Japan in 1960.

While America has hundreds of military bases around the world, the Okinawa base with future missile drills this year could be an indication that conflict with China is nearing in the East China Sea.

US To Hold “First-Ever” Missile Drill On Japan’s Okinawa