"I'm trying to remember — maybe someone here can remind me — about when they did a search warrant at Hillary's house in Chappaqua when she had a rogue server and she was laundering classified information.” 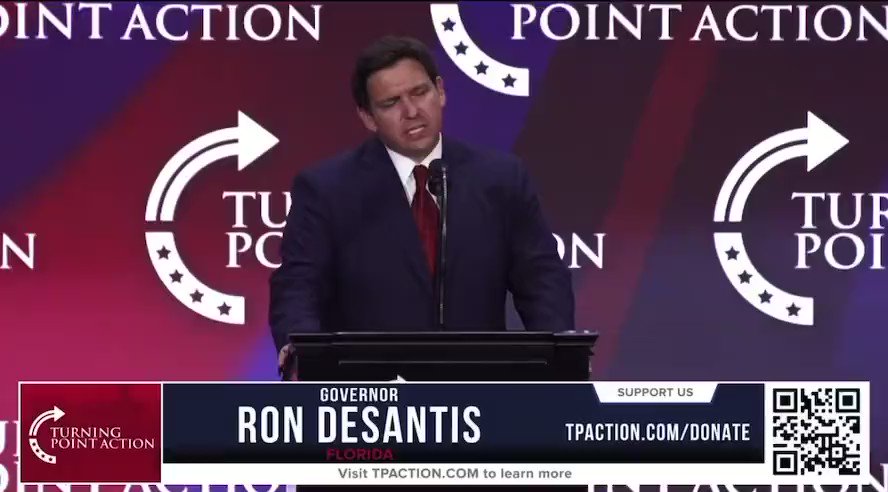 2-And those who were censored for discovering the very same thing far far earlier... will be called crazy, and will be censored again... when they point out the folly.

It's interesting to watch lockdowner accounts come to terms with the CDC's implicit embrace of the @gbdeclaration & jettisoning of lockdown ideology. Some have been graceful, others less so. Unless public health squarely admits its errors, public trust in it will never recover.

But thank goodness at least she had 4 vaccines or she'd be infected again harder. 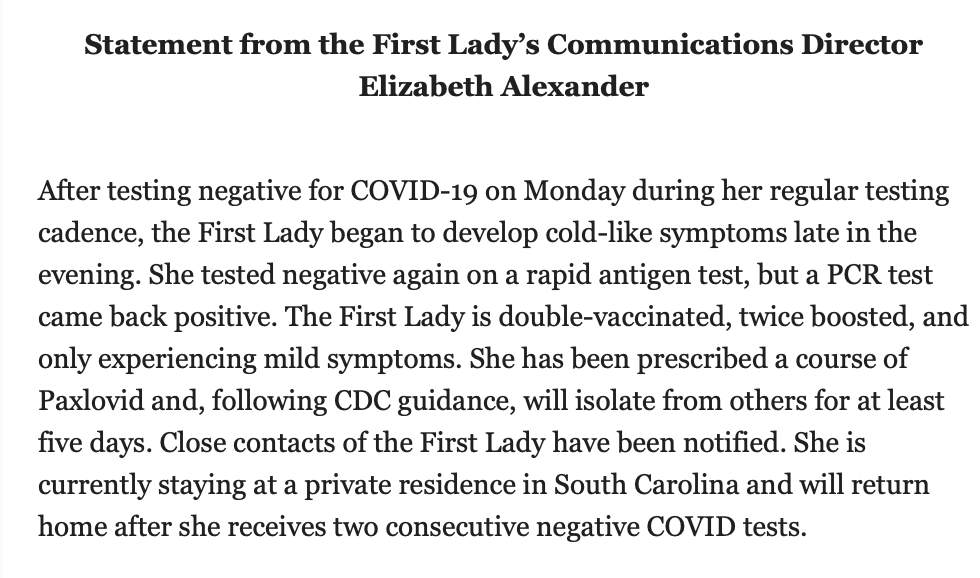 Since the start of my presidency, my economic plan has helped create 9.5 million jobs, reach a 50-year record low unemployment rate, and achieve zero percent inflation in July.

And this week, I’ll build on that progress by signing the Inflation Reduction Act into law.

Vaccine-autism link: A rebuttal to the “There is no debate” narrative

Some people are unable to see any perspective other than their own.

It’s already disturbing when they insist, over and over, that opposing facts don’t exist, as though repetition can make unpleasant truths disappear. But when they resort to misdirection, deliberate pejoratives, and outright lies, there is more going on than just myopia.

This past week, in response to Sharyl Attkisson’s op-ed two days prior, vaccine developer Dr. Peter Hotez wrote an op-ed piece in The Hill, claiming “there is no debate” in a manner eerily reminiscent of “the Party is always right” from George Orwell’s 1984.

The entire basis of Attkisson’s piece was the recent affidavit of Dr. Andrew Zimmerman, one of the country’s top pediatric neurologists, who served as the US government’s expert witness defending vaccines in the so-called “Vaccine Court.” In a stunning about-face, he testified that vaccines can cause autism in children with pre-existing mitochondrial dysfunction, and that he had communicated this to DOJ lawyers in 2007.

Other neurologists have observed the same link. Zimmerman himself claims that there was a cover-up.  Yet, Hotez never directly addressed Zimmerman’s affidavit, or mentioned mitochondrial dysfunction or its relationship to autism and vaccines.

Instead, he repeated his version of “the Party is always right,” trotted out links to vaccine industry “astroturf” blogs, and presented irrelevant and flawed studies (this one actually gave the same vaccine/thimerosal dosage to both cases and controls, while this one was shown to be in error, and this one is debunked here ), none of which address the possibility of mitochondrial dysfunction.

As a scientist, Hotez should know that there’s no such thing as a “study showing there’s no link” to anything. A study may fail to show a link, but that doesn’t mean there’s no link. Surely we learned this from the tobacco industry’s “studies.”

Yet that’s exactly what Hotez did, claiming “clinical studies with over one million children enrolled, showing there’s no link between vaccines and autism,” [bolding mine] linking only a single, severely-flawed meta-analysis (with no children enrolled) of older studies that looked at either one ingredient (thimerosal) or one vaccine (MMR)

The conclusion of that meta-analysis is based in part on studies rejected by the Institute of Medicine  as too flawed to be considered for their 2012 report on the vaccines/autism link.  Regardless, none of those studies considered the possibility of mitochondrial dysfunction.

Despite Hotez’s reference to “at least 99 autism genes,” no specific genes are known to cause autism.  In fact, the study he linked does not identify genes that cause autism, but merely notes some frequency of some de novo variants among some individuals with autism.

Dr. Hotez seems to forget that correlation does not equal causation.

He seems also to forget — or ignore — the fact that it has never been assessed whether vaccines, like some medications, may actually play a role in triggering genetic mutation. In fact, the package insert for every vaccine on the market clearly states“____ [this vaccine] has not been assessed for carcinogenicity, mutagenicity, or impairment of fertility,” or similar wording.

Hotez presents his book Vaccines Did Not Cause Rachel’s Autism as though the experience of one child can somehow refute reported experiences of thousands of others — children he never examined, whose medical records he never obtained, but whose parents he labels as “anti-vaccine.”

The use of pejoratives is disappointing even when wielded by preteens.  Thank heavens the Toyota and Ford companies didn’t call their critics “anti-accelerator” when their cars had problems, sometimes fatal, with stuck accelerators; after a period of insisting there wasn’t a problem (and blaming the drivers), they  issued recalls. They didn’t resort to name-calling.

But Hotez frequently does, even on Twitter.  It’s shockingly bad behavior for a scientist to label parents for wanting to discuss their own children’s potential susceptibilities, or even for refusing vaccines.

The right to decline an unwanted medical intervention, free from coercion, is, in fact, codified in Article 6 (Consent) of UNESCO’s 2005 Universal Declaration on Bioethics and Human Rights:

Any preventive, diagnostic and therapeutic medical intervention is only to be carried out with the prior, free and informed consent of the person concerned, based on adequate information. The consent should, where appropriate, be express and may be withdrawn by the person concerned at any time and for any reason without disadvantage or prejudice. (bolding mine)

Please note section 3 of the same Article, which protects us all from the Orwellian principles Hotez seems to be espousing:

In no case should a collective community agreement or the consent of a community leader or other authority substitute for an individual’s informed consent.

We should all be troubled by scientists, doctors, or any industry insider so enraged by our reluctance to buy what they’re selling, they try to censor all conversation that disagrees with their sales pitch.

That’s not science, it’s not good medicine, and it’s deceptive.

Read: Sinclair’s Full Measure receives widespread praise for report on alleged vaccine-autism link and government coverup, according to a pro-vaccine doctor who served as an expert witness for the government.

Northwell Health every so often certain most cancers-specific assessments like PSA (Prostate-precise Antigen) for guys and mammography and a few gynecological examinations in ladies also are included. A frame fitness take a look at up in general incorporate pathology (blood and urine), imaging (x-ray and ultra-sonography), lungs characteristic test and cardiac pressure test.  https://motian.org/

Vaccine-autism link: A rebuttal to the “There is no debate” narrative