The @YouTube censors claimed that “experts” think young children must wear masks. I am unaware of any infectious disease epidemiologist believing that, but if there are, I would be delighted to have a friendly public health debate with them. Debate is better than censoring. https://twitter.com/MartinKulldorff/status/1380321515758100488 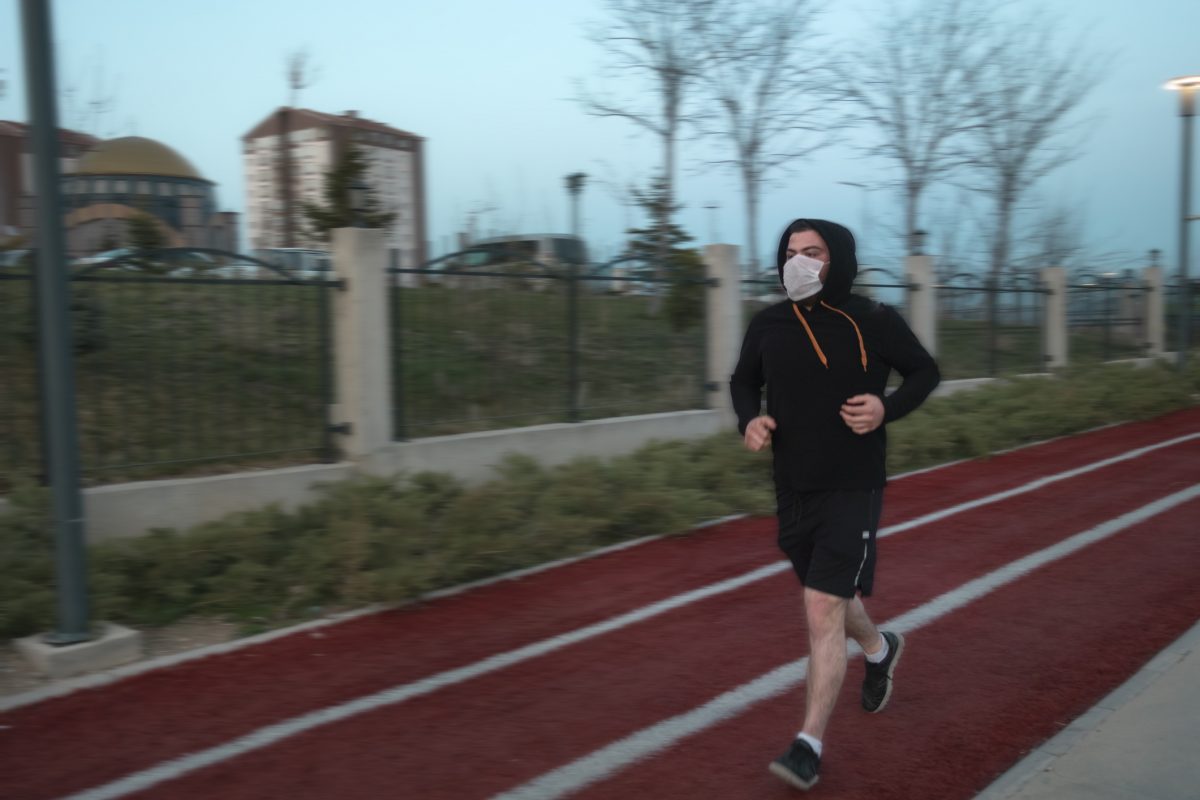 A high school track and field coach in New Hampshire lost his job after he refused to enforce the school's outdoor mask mandate, which he describ...

Do the benefits outweigh the risks of #AstraZenaca's shot in women under 60? Here's what the EMA says...adjust accordingly @AlexBerenson @BBGRichie 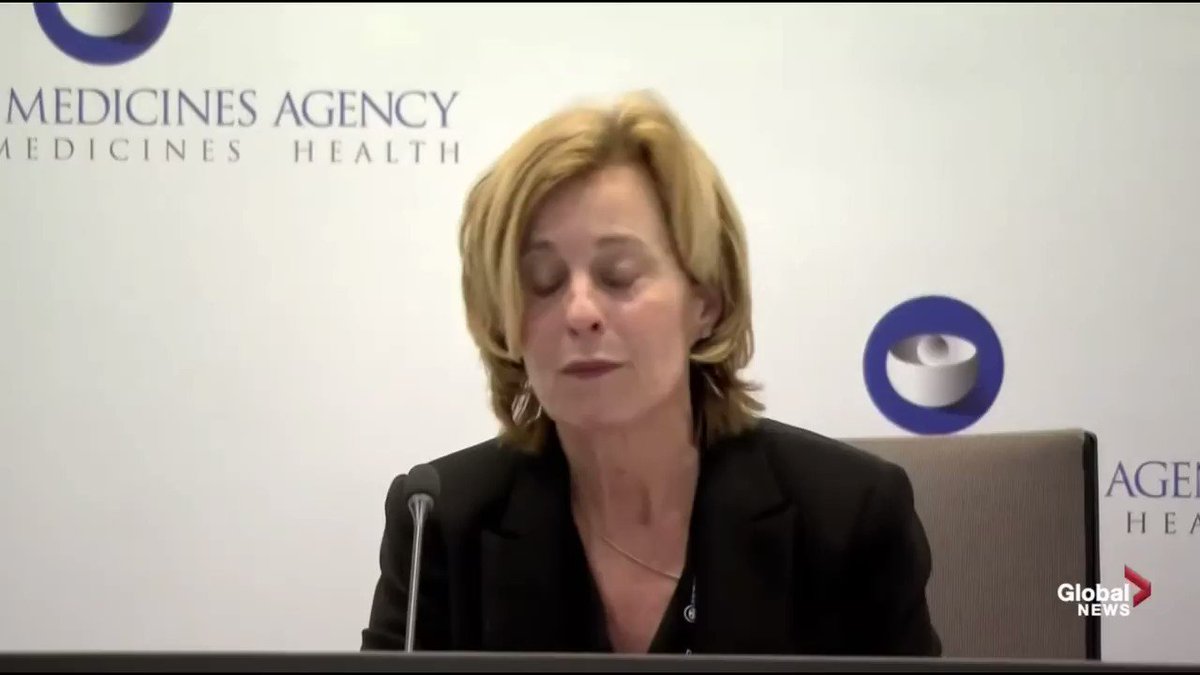 IT'S ON! "Retailers have joined pubs and clubs in rejecting Covid status certificates, as the prime minister’s plan faced growing opposition from business and parliament."
https://www.theguardian.com/business/2021/apr/07/uk-retailers-join-pubs-and-clubs-in-rejecting-covid-status-certificates

From government health agencies down to individual media mouthpieces, the flimsy safe and effective, science is settled argument to defend vaccines from scrutiny depended on one strategy. The corporate media-manufactured anti-vaxxer label would need to stick, polarize debate and eventually render a massive cross-section of the population with multifaceted questions surrounding vaccines invisible. And just as important, the neutralizing affects would have to do so in a relatively short period of time. However, glimpses of the failing strategy are now being seen on many fronts with increasing regularity. A expansive base of people now question vaccines from all walks of life and are continually challenging the settled science narrative.

In an effort to damage control a greater awakening and the inconvenient facts being pointed out, there appears to be a move towards stronger censorship. Individuals and institutions desperate to protect the multibillion dollar vaccine industry are experiencing an integrity crisis. Recent techniques being employed by media, when they are forced to engage rather than ignore, are continuous appeals to authority, reflexively dehumanization or discriminate and to drag out the always tired, inaccurate talking points surrounding Andrew Wakefield and Jenny McCarthy. It’s not just the media that is having to preserve an indefensible settled science vaccine position.

Partly in response to the rapidly increasing vaccine push at the legislative level, with 143 vaccine related bills in 36 states in 2018, candidates who believe in parental choice, informed consent and question the motives of Big Pharma have appeared. Oregon Republican nominee Dr. Knute Buehler supports parents’ rights to opt out of vaccination for personal or religious beliefs. After stating his position publicly, multiple medical bodies demanded he retract his campaign stance with such calls for censorship immediately amplified by local media. Republican candidate for Governor of Connecticut Bob Stefanowski recently stated, “I don’t think we should be forcing people to inject a ton of chemicals into their kids…” Oklahoma Republican gubernatorial candidate Kevin Stitt said early this year that he believes vaccination should be “a parents choice.” Citing all the above positions from various candidates, Salon ran the deceptive article titled At least three GOP governor candidates embrace anti-vaccine disinformation. The Daily Beast covered the same info with their article’s spin title The Anti-Vaxxer Disease is Now a Republican Epidemic. The simply truth is that several inconvenient facts and issues surrounding vaccination have been bipartisan, present and growing for decades despite the recent backhanded attempts by media to paint it as a “Republican Disease.” Meanwhile, independent challenger Eric Frame targeting Sacramento’s Senate District 6 recently stated concerning vaccination, “…when I see a healthcare system based on profit, and is based on chemicals over natural remedies…to me, we need to at least have choice and informed consent.”

Health authorities and researchers have wasted valuable time pondering why someone would refuse ever-increasing vaccine schedules without proper safety testing. For corporate media, the anti-vaxxer slur can be regularly pushed yet it lacks academic sophistication. The term ’vaccine hesitancy’ was decided upon as the common nomenclature by both the research and healthcare industries to label such individuals. Even the settled vaccine science of the medical and research communities is facing a crisis moment as valid findings are now regularly challenging its very foundations.

Aluminum vaccine adjuvants have been the decade-plus focus for many respected researchers globally who are all independently finding that the metal is not as inert and innocuous as science and medicine was having people believe. Pathways and mechanisms showing the havoc injected aluminum creates in the brain and even associating it with the onset of autism and other neurological disease is being well documented. The response to the continued findings has been a mix of targeted attacks and censorship of information. Many of the researchers publishing the papers on aluminum adjuvants have reported having funding cut, pressure from their respective universities and discrimination from medical journals.

Federal law requires all health care providers in the United States to provide a copy of the vaccine information statements (VIS) before each dose of certain vaccines on the CDC’s schedule. VISs are information sheets produced by the CDC that explain both the benefits and risks of a vaccine to vaccine recipients. California pediatrician Dr. Robert Sears, MD, FAAP pointed out recently that the CDC has deliberately removed inconvenient statistics printed on their VIS sheets detailing vaccine adverse reactions. For example, parents no longer get to know that 1 out of 1000 children will exhibit non-stop crying for more than three hours (a potential sign of encephalopathy) after the DTaP shot. For that same vaccine, the word “behavior changes” was listed under symptoms considered a “serious problem.” Yet, roughly two months ago, “behavior changes” was mysteriously removed from the VIS section. With the move, the troubled agency is essentially denying parents proper informed consent and pediatricians the tools to properly report adverse reactions. In short, the CDC’s ‘memory hole‘ technique serves as more evidence of the soft, creeping censorship becoming commonplace from the halls of government regulatory agencies all the way down to the treatment rooms of your local pediatrician.

“I think in today’s world we want transparency. We want informed consent. And when the CDC starts taking specific important facts off, then I think it does a disservice.”

The peaceful debate around sound science and inconvenient facts, often using the very findings of regulatory agencies and prominent medical bodies, is now being pushed and activated more widely than every before. Multilevel advances are being experienced simultaneously. It is at this possible tipping point that those who have historically refused open debate and employed simplistic slogans are being intellectually bulled over, hurdled or left for irrelevance in the dustbin of history as the narrative is passing them by. Calling for opposition to be silenced at all costs is the modus operandi of those who can no longer defend their position through open debate, logic, common sense and proper science. Refusing debate and actively working to undermine free speech is the true essence of the authoritarian spirit.

A time is fast approaching where those who have vehemently defended the settled science of vaccination will need to come to terms with the dogmatic religion they have been indoctrinated into. Any public debates surrounding vaccination have been thus far strongly avoided by such bad actors. At the same time, a dangerous public discrimination narrative is taking root. Calling people who don’t believe in vaccines “inhuman” and ordering crowds to silence them “in any way” has gravely dangerous historical undertones. The pro-vaccine extremists have lost the high-ground and wondered off the rails into radical censorship and dogmatic intolerance. After his open calls for debate in an effort to find common ground have been continually avoided, HighWire host Del Bigtree had this to say about the current events unfolding:

“You are making science look crazy. You’re making it look like a religion. You’re saying it can’t be discussed. That we have to shut it down. You are making everybody doubt the greatness of science.”

What happens when the anti-vaxxer label doesn’t work anymore? ​