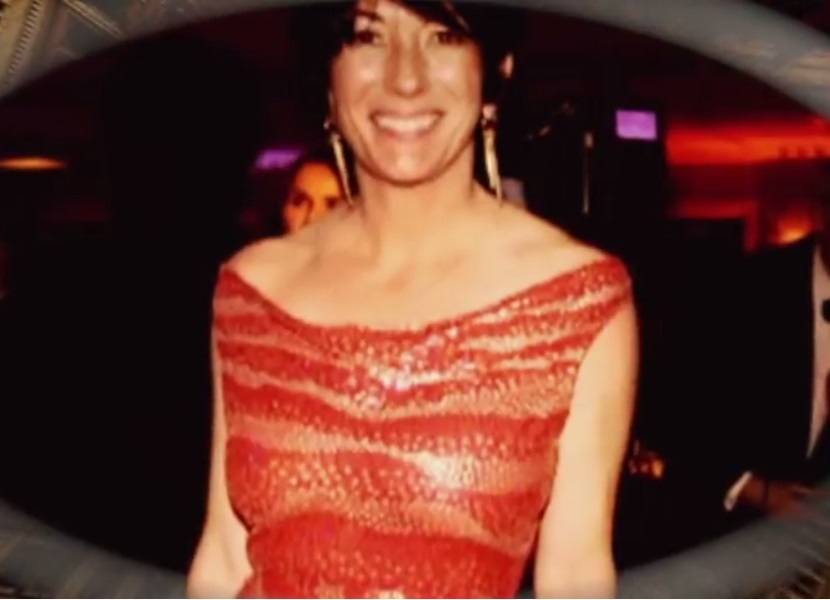 Ghislaine Maxwell allegedly appeared before a New York judge for a bail hearing yesterday, related to charges of working with Jeffrey Epstein and sexually trafficking children.

She was reportedly denied bail, and is allegedly being contained in the Metropolitan Detention Center in Brooklyn, New York, where Epstein allegedly died.

But there were no photos released to the public, either yesterday or when she was arrested, leading some to speculate as to whether or not she was really arrested.

One of those is Russ Winter of WinterWatch.com:

Surely not. She reportedly paid $1 million cash for the property last December and hid her ownership using the umbrella of a business entity. She used “G-Max” as her new cell phone name.

Just two weeks ago, British tabloid The Sun reported that the fugitive socialite, who was born in France, was “hiding out in luxury Paris flat.” In Paris, the article explained, she was safe from extradition and arrest by the FBI and had a network of friends to help her hide out. It also claimed she was changing locations every month.

Was this article a ruse? Or is her arrest in the U.S. a ruse?

The indictment only covers the period of 1994 through 1997, thus creating a limited hangout of the multi-decade political blackmail-kompromat operation for the foreign state of Israel and associated intel.

She is charged with four criminal counts related to procuring and transporting minors for illegal sex acts and two counts of perjury, according to the indictment by federal prosecutors in New York.

The charge was enticing minors across state lines for sexual purposes, period — not rape, nor a multi-decade blackmail operation.

This soft toss will move the Maxwell case through the news cycle quickly. Finally, the documents related to Epstein were conveniently destroyed. This arrest is token damage control.

She is said to be held at the infamous Metropolitan Detention Center in Brooklyn, New York, where Epstein allegedly died. Maxwell pleaded not guilty to the charges. The trial is scheduled for July 2021.

Among Jizz’s four-person legal team is Christian Everdell, a former New York prosecutor who now works for the New York firm Cohen & Gresser. Everdell led the legal team that “helped bring down Sinaloa drug kingpin Joaquin ‘El Chapo’ Guzman in federal court in New York,” Fox Business News reports. What a fitting choice. In prosecuting El Chapo, Everdell would have had to have walked a fine line so as not to implicate the CIA and U.S. officials in narcotics trafficking.

Maxwell is being depicted as a dark-complexioned woman who barely resembles the light-skinned socialite. Is this an artist rendering of a doppelganger, just as we witnessed with Jeffrey Epstein? We’ll never know.

A rather absurd story of how Maxwell bought the New Hampshire Tuckedaway estate emerged Tuesday. Prosecutor Alison Moe of the Southern District of New York (SNDY) told the court that Maxwell bought the property while pretending to be a British journalist called Janet Marshall. Moe added that she viewed the property with a British man, who called himself Scott Marshall and claimed to be an ex-soldier working on a book, according to the New York Post.

Moe said that Maxwell bought the property for $1.07m (£852,276) with a “carefully anonymized LLC,” and added that the estate agent realized who Maxwell was when they saw her on the news shortly after.  The federal judge cited her significant financial resources, international ties and “extraordinary capacity to avoid detection.” — Really?  This New Hampshire hideout story makes little sense.

Cartoon world twist: Ghislaine Maxwell, who for years — perhaps even decades — is believed to have been single, is in fact married, according to federal prosecutors. This was mentioned in a transcript of her court appearance today. Exactly who the spouse is remains unknown.

Is it tech CEO Scott Borgerson of CargoMetrics? Business Insider, citing Daily Mail, reports the two have been living together for five years at his secluded Massachusetts estate. (Source.)

The Family of Spies: Ghislaine Maxwell

Maxwell, Epstein and the Control of Science since WW2

The biggest news that came out of the 2016 leaked Podesta emails published by WikiLeaks, was “PizzaGate” which revealed the dark world of child sex trafficking.

The corporate media quickly moved to try and squelch it, and for the past 3 years instead the emphasis has been on either the theory that the Trump campaign colluded with Russia illegally, or more recently, that the Obama team spied on Trump’s team illegally.

While these two stories are all the corporate media wants to talk about regarding the Podesta leaked emails from 2016, the real story was about child sex trafficking.

Now, similar to how the corporate media scrambled to try and discredit “PizzaGate,” they are scrambling to discredit WayFairGate, an ecommerce site allegedly being used to sexually traffick children that Amazing Polly discovered.

This week she addressed all the negative press she has been receiving over the Way Fair story.