We can no longer allow our Republic to be ruled by Oligarchs:

Instead...demand election integrity — and coalesce our movement to promote the agenda of American workers and Small Business! https://twitter.com/edokeefe/status/1381362593017819141

A year af­ter the pan­demic burst onto the U.S. econ­omy, 8.4 mil­lion fewer Amer­i­cans hold jobs. There are many rea­sons, but there’s that’s one of the most im­por­tant and least appre­ci­ated: fear. via @sinoceros https://www.wsj.com/articles/the-other-reason-the-labor-force-is-shrunken-fear-of-covid-19-11618163017 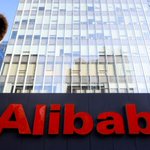 Authored by Kristin Tate, op-ed via The Hill,

A new age is dawning on our nation. For all of the major events of history, the engines of our economy and functions of our government have been upended by an invisible enemy. The death toll of our long lasting conflict in Vietnam has already been eclipsed, and markets are reacting with more fear than in 2008. This novel disease has had more impact on the average American than the largest stories of the last two decades, including wars in the Middle East, Sept. 11 and the real estate crash. 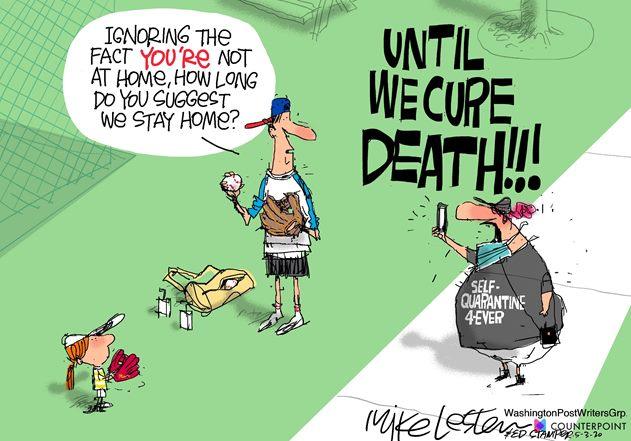 Cutting across ethnic, income and geographic lines, the coronavirus has disrupted American life well beyond any government edict by states or by Washington.

Most of the changes to our society that have emerged during the last two months have been negative. The massive shifts caused by the pandemic have acted as a mirror for wider underlying trends.

Look at the demise of local businesses. For years, the political mantra has been to support Main Street over Wall Street. However, social distancing and the internet have harmed small businesses. The National Federation of Independent Business reported that its optimism index fell in March by the sharpest rate since the survey started. Consumer spending also fell by around 18 percent over the first quarter, despite the shutdown restrictions happening in only the second half of March. The brick-and-mortar model is not only running independent stores into the risk of default but also could decimate many of the 1,100 malls all across the country.

In place of traditional shopping, online sales are the topic of the day. Amazon has seen an unprecedented boom thanks to the crisis. Online grocery sales have nearly doubled, while spending on video games has increased by 50 percent. Total online sales have increased 49 percent since the pandemic started. Physical sales outside of food have been heaviest in alcohol sales, increasing by a whopping 75 percent.

The housing market has shifted dramatically as well. One third of renters missed their payments last month, and things do not look any better for homebuyers. Lenders expect 15 million homeowners will default on their mortgage payments. Despite low interest rates, young families will likely not want to lock themselves into 30-year mortgages if their job prospects are unstable. The same goes for commercial real estate because the lack of consumer spending shorts businesses that must pay rent.

Our norms of social interaction are changing, even beyond wearing masks and gloves when venturing to the supermarket. Customary handshaking may become a thing of the past. A recent survey revealed that 31 percent of people said they do not plan to shake hands with others after the pandemic has passed. The elbow bump may be here to stay.

As Americans are glued to all the news on the coronavirus, our habits have also accelerated shifts in both radio and television, along with the demise of print media. National cable networks are bringing in additional viewers and scoring enormous prime-time numbers. The same goes for local news but with a major asterisk. Local news viewing is up 50 percent since the crisis started; however, advertising revenues have cratered.

The same cannot be said of newspapers, as dozens of publications fire hundreds of reporters and even suspend print altogether. One estimate has called the wave an “extinction-level event” for print journalism. The decline of commuting has also led to a sharp decrease in revenues and listenership for radio stations. For a public disgusted with national media, local newspapers and radio stations are now the closest thing to trusted media, but both these news elements may soon evaporate.

More directly related to the coronavirus, Americans are now taking their health more seriously. Increased demand for prescriptions and a shortage of raw medical materials from China have taken their toll. Drug costs have risen while the drug companies are pouring billions of dollars into several potential treatments and vaccines. The result has yet to be seen but may represent a profound shift toward the permanent increase in private and public investment in drug research and development. For the most part, these are not trends that Americans would like to embrace. Instead, they are elements of a new reality that we are forced to confront.

Americans have been far less affected by strife in recent generations. For many, this crisis has been a rude awakening — an age of true austerity with government control, swinging prices and the possible rationing of health care all part of our potential future. Hopefully, a combination of effective therapeutics and reopening the economy will offer us a chance to avoid a global depression. Much like the generation born after World War I was shaped by that conflict and the Spanish flu, hardening Americans to take on the Great Depression and World War II, here is the anvil on which the strength of our young people today will be tested or broken.

For the millions of Americans out of work and hundreds of thousands of shuttered small businesses, every day of this pandemic is an never-ending nightmare. But for all of our current struggles, there is an opportunity for each of us to persevere. Only our actions will show how we will ultimately define this period. We must not let the coronavirus define us.