First the ESG fanatics came for bitcoin...
Then they came for the loans...

As the Administration works to mitigate potential disruptions to supply as a result of the Colonial Pipeline incident, @USDOT is taking action today to allow flexibility for truckers in 17 states. https://twitter.com/USDOT/status/1391504873745747970 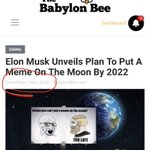 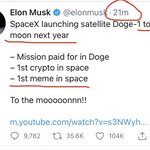 $170,000 Per Year: The Post-COVID Hiring Crunch Is Hitting The World Of AI Data Scientists https://www.zerohedge.com/markets/post-covid-hiring-crunch-hitting-world-ai-data-scientists

The Mystery Of Dark Energy https://www.zerohedge.com/technology/mystery-dark-energy

With gold pushing up to multi-year highs (as the dollar begins to sink), many are asking: where to from here? 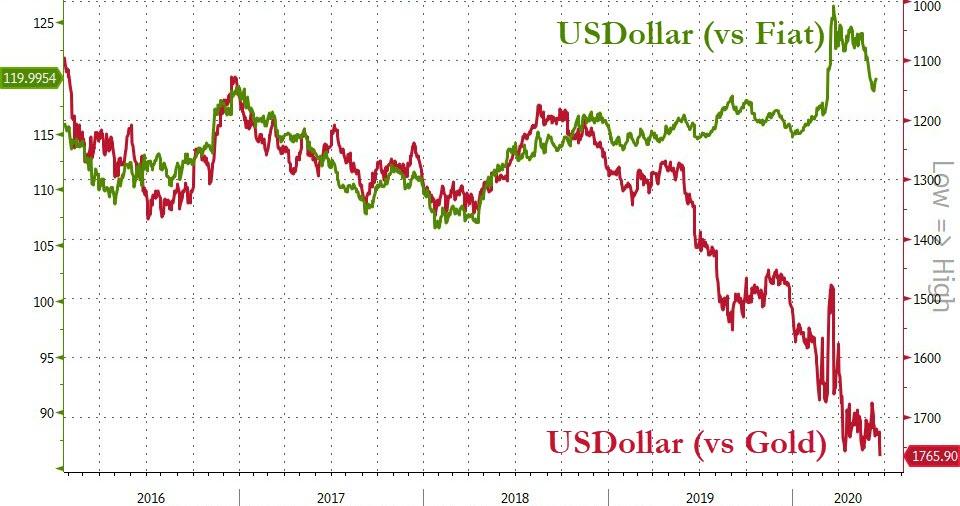 Goldman earlier increased their 12-month target for the yellow metal to $2000, but what will it take to send gold prices materially higher?

Specifically, Goldman believes inflation will need to move above the Fed’s 2% target and this move to be met with a muted policy response.

Historically, gold’s relationship with inflation is non-linear. Gold does not display a strong correlation with inflation while the latter is moderate but becomes strongly correlated when inflation gets above a certain threshold. Gold also tends to go up moderately in deflationary environments.

In fact, we find that what matters most is the deviation of inflation from its trend, rather than its absolute level (see Exhibit 11 and Exhibit 12).

This is understandable – investor expectations of future inflation changes through time. For example, while a 5% inflation rate in the early 1980’s may have been perceived as relatively low, today it would represent a large upward surprise to the market. The relationship between gold and inflation gets stronger when we adjust inflation for its trend. The relationship holds in the post-Volcker period that excludes the extremely high inflation of the 1970’s.

Using this relationship between gold and inflation deviations from trend we find that to get to $3000/toz we would need to have inflation exceed its average over the past 10 years of 1.75% by about 3 standard deviations (approx 4.5%). Alternatively, gold could reach $3000/toz if the move in inflation is smaller but more persistent. For example, an inflation rate of 3.5% maintained for several years would achieve a similar target. Persistently high inflation rates would lead to concerns over the commitment of central banks to meet their inflation targets, amplifying fears of inflation further.

But, an increase in interest rates in excess of the level of inflation, akin to Volcker’s 1980 policy, would remove any tail risks of inflation, reducing gold’s appeal.

Additionally, Goldman finds that gold is a useful addition to any portfolio in periods of high inflation.

Specifically, we looked at gold and equity’s performance over previous inflationary environments. We divide the inflationary regimes by looking at deviation of YoY inflation rates vs. its 10 year rolling average.

We find that gold tends to outperform equities in high inflation regimes as well as in deflationary environments, whereas equities do better when inflation is moderate.

There is another shoe that needs to drop – a breakdown in the US dollar. Several people in the mainstream have warned about this in recent weeks. Yale economist Stephen Roach’s warned that “the era of the US dollar’s ‘exorbitant privilege’ as the world’s primary reserve currency is coming to an end.” Meanwhile, Guggenheim Investments Chief Investment Officer Scott Minerd said that while “there are no signs the world is questioning the value of the US dollar” right now, it’s clear that the greenback is  “slowly losing market share as the world’s reserve currency.”