Wait. They PROMISED it would not be like this again!!!

Everyday we are flooded with a tsunami of news about the race to test COVID-19 vaccines in thousands – tens of thousands – of people. When you hea... 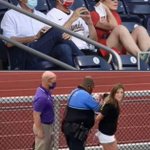 #TheCostOftheFalsePositives mount. It's not the virus. It's idiocracy of prolonged lockdowns that will detonate a hunder pandemic. From 4/22 https://www.washingtonpost.com/opinions/2020/04/22/covid-19-could-detonate-hunger-pandemic-with-millions-risk-world-must-act/

My appearance on the Highwire today with Del BigTree. Start at the 1:17 hour/minute mark. Discussion of the cost and numbers of flu vaccine injuries within the NVICP. https://thehighwire.com/videos/twindemic-2020/

"“Still more shocking—I discovered that 75% of med students (and new doctors) are now on psychiatric medications."

75% of med students are on antidepressants or stimulants (or both) - https://go.shr.lc/2RWD85T via @Shareaholic

What the Public Should Expect from Legitimate Scientists

WHEN IPAK launched our initial inquiry into the FDA logic behind lax regulation of pediatric dosing of aluminum, we had no idea what we would find in terms of the history of how and why dosing of aluminum in vaccines is stated per dose, rather than in terms of mcg/kg/day. We had no idea that we would find, when studying the provenance of information in the science behind vaccine aluminum toxicity, the use of information from oral doses of ingested forms of aluminum fed to adult mice and rats. We expected the bulk of the consideration would be data from dose escalation studies of injected forms of aluminum in infant mice. Finding any such studies, we wondered what a toxic pediatric dose limit might look like, thus leading to our “Reconsideration” study.

We also found studies that were based – roughly – on the plasma clearance rates of aluminum in adults – only to find serious issues with the studies providing the initial model parameters upon which the now infamous Mitkus study were based. The Mitkus study estimated pediatric plasma clearance of aluminum from available data from creatinine, not aluminum hydroxide salts – for which there can be no explanation other than the US FDA did not find it a priority to use Science to estimate pediatric clearance. Their multicompartment model itself has issues, not the least of which is the consideration that the initial model data were based on a single dose in a handful of human adults. The CDC schedule exposes infants to repeated doses in a manner completely independent of bodyweight and not based on any empirical data even from serum or plasma clearance. And, as I have pointed out more precisely, plasma clearance is irrelevant to the mechanisms of pathophysiology of aluminum. The tissue damage is not conducted in plasma. However, it is worth pointing out that 80% of injected aluminum is bound to transferrin, preventing dietary-sourced iron from being moved from the blood into the bone marrow, where red blood cells are made. An expected effect of aluminum, therefore, is anemia. There are other effects as well that will be explored in peer-reviewed articles that are being prepared.

There is a recent article – a very good one – by AHRP that outlines how the very same characters who have attacked my character, my personality, and insulted me regarding my career path – have similarly attacked another scientist, Dr. Gayle Delong, with the intent – and effect – of having a study conducted by her to examine the question of whether the HPV vaccine reduces human fertility. The same set of characters also attacked a Japanese researcher for demonstrating issues with aluminum injections in mice, a researcher from Spain who found horrific outcomes in sheep vaccinated with aluminum-containing vaccines.

These “anonymous” “peer-reviewers” – if they can be called that – write letters to editors in which they ostensibly complain about the methodology used by these studies, sometimes leading editors of such journals, who are largely in the dark of the degree to which this rogue team of agents are vested in one repeated action – minimizing the amount of science in the published literature show any harm from vaccines. This team of rogue agents are acting outside of the realm of normative science. vested this rogue team of agents.

A small vocal minority of people should not determine the course of scientific discourse in any inquiry, especially in an area of inquiry that influences the health of billions of people. Their tactics are telling. They would appear to want to leave the impression of being professional scholars when addressing editors of journals, only to turn around and act completely sophomoric with juvenile, inappropriate, and even defamatory statements (such as calling me an “Ex-Scientist”, or even calling me “Anti-vaccine”) in blog articles. The fact that the same people are involved in the letters to editors and in the public shaming exercises is evidnece of their scarcity. Perhaps three or four people are responsible for the veritable book-burning, skewing the balance of science in favor of ignorance, damaging Science, compromising the integrity of Science, leading to a continuance of the status quo, regardless of whether anything is seriously wrong with injecting aluminum and mercury into pregnant women and infants with developing brains and immune systems. These rogue agents are no doubt learning that their charade is becoming well known, their behavior predictable, and therefore the impact of their criticism in both arenas will become increasingly decreased – especially given the large number of studies currently underway being conducted on all aspects of vaccine safety and efficacy but institutions that have no financial interest in profits from vaccines.

The public, however, should also be aware that this is not how Science is conducted. Scientific discourse is an essential part of progress in Science, but the place for such discourse is not in secret letters to editors, but instead in the form of published discourse in the pages of a journal, to which the authors of the original study would have an opportunity to reply, point for point, in the open, for all to see and consider. Rational consideration of both sets of points by the Scientific community would then lead to individual and then joint (group) consensus on ther merits or demerits of a study.

In this way, all phases of Science –

There are three main phases in the lifecyle of Scientific inquiry. In the private phase, an investigator or team of investigators conceives of a study, designs the tudy, conducts the measurements, plans and conducts the analysis, writes the results in a paper. In the peer review phase, (optimally) anonymous reviewers have a go at the paper, offer critical review, and weigh in on whether a study should be published. In the public phase, the study is read by the community. Community members can offer feedback in the form of viewpoints in praise of , or critical of, the details of a given study. Fundamental flaws are unlikely given the peer reviewers would already have likely considered issues with the design features of a study. If, however, such flaws make the conclusions of a study unwarranted – and this requires a careful read of the actual conclusions of the author(s) of a study – the study might be withdrawn by the author(s), retracted by a journal, or allowed to stand if the authors’ replies ‘rehabilitate’ the study with, for example, further evidence.

There are other options instead of outright retraction. A revision is possible via the publication of and “Erratum” – in which which the study author(s) acknowledge a mistake, and state whether or how the error impacted the conclusions of the study.

So what can the Public expect from a legitimate Scientist? The Public can expect a Legitimate Scientist to stand up for his, or her, reputation, and, in so doing, stand up for Science as a way of knowing. I will defend and promote anything that enhances rationality in Science and will work to minimize anything that sustains an illegitate cabal of conspirators whose online tantrums reveal their true nature. In this manner, Science is created and sustained as a human enterprise.

Others, unfortunately, are waiting for newly published Science to destroy.

The True Costs of Toxic Food

Gregg Henriques and Dr. Jack Dare to Think in 2020 – Sensemaking with the Tree of Knowledge

CENSORED: Is CDC Borrowing Pneumonia Deaths “From Flu”​ for “From COVID-19?

Autoimmunity from the COVID19 Vaccine? Plus.. Replace the CDC?

Tia Severino Turns the Tables on and Interviews Dr. Jack on Unbreaking Science

Who Is Fact-Checking the “Fact-Checkers”? Oh Wait, That’s My Job

EMPOWER YOURSELF WITH KNOWLEDGE: IPAK-EDU LLC

What the Public Should Expect from Legitimate Scientists