Revolution 2020: How Did We Get Here... And How Will It End? https://www.zerohedge.com/political/revolution-2020-how-did-we-get-here-and-how-will-it-end

Chinese Container Factories Are Now Sold Out Until February https://www.zerohedge.com/economics/chinese-container-factories-are-now-sold-out-until-february

Authored by Denis Rencourt via The Ron Paul Institute for Peace & Prosperity,

Difficult situation: There is no way the government can simply walk back from what it did with COVID-19… 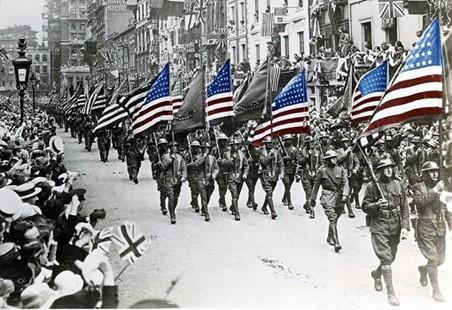 It imposed draconian general-population lockdown measures, and closed down the economy, irrespective of the domestic consequences, for a viral respiratory disease that all the recent studies are convergently saying is no worse than a seasonal flu.

How will the government representatives and enablers respond when the dust settles?

They will hold onto the absurd. They will hide the harm of the lockdown (violence, economy, jobs, subservience training…). They will claim that they beat the coronavirus when it slows, and then claim that any resurgence would have been worse had they not intervened; all contrary to known science and the accumulating empirical data, of course.

And ordinary citizens who bought into the lie will continue to protect the government by going berserk when challenged that it was a lie: Surely they were right to enjoy the new circumstances at home and to police their neighbours.

If there are fewer deaths than the artificial predictions then the government will claim that it saved lives, millions of lives.

The low death count right now (even counting every possible death that is not a proven suicide or murder) and the stubbornly normal magnitude of the total mortality rate are problems for the government, since these figures suggest that there really never was a pandemic worthy of the military-scale response.

In fact, the darn thing is not particularly contagious or fatal. It is not a deathly virulent disease by usual standards. Sweden presently has far fewer confirmed COVID-19 deaths per-million-inhabitants than Belgium, Spain, Italy, France, UK, and The Netherlands, without any lockdown; and it estimates that one third of its citizens have already been infected and are now immune.

But governments will argue that their lockdowns prevented infection and death, in time for a vaccine to save the remaining elderly and vulnerable individuals. Since the disease is no plague, their vaccine will “work”: There is no real challenge. They will be able to hide the harm from the vaccine and claim that they are vigilantly protecting humanity.

On the contrary, the government should not be allowed to take credit for anything except the mess it has made.

But they will not fund research that examines their mess. Only researchers that go along will be funded and promoted, as always.

The entire episode will be a lot like when they take us into a war. It is the same modus operandi, media-show and all.

We will be proud survivors of “The Coronavirus War”.

We will have actively engaged in this war (by staying at home), will have won the war; and will have vowed to win all such future wars.

And the government will fabricate such a war whenever it “needs” to perturb or rearrange global finance structures, or take out a geopolitical or annoying national foe. In this case, the synchronous and unprecedented negative price of oil may not be a mere accident of “supply and demand”. Only the USA can print the de facto global currency at will and without limit, for now. Others must endure, while relying on limited reserves.