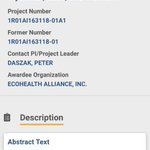 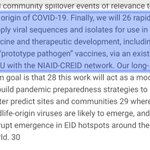 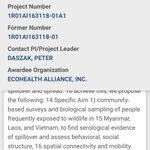 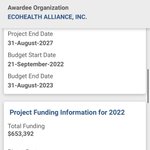 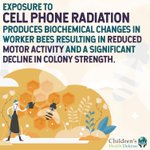 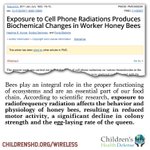 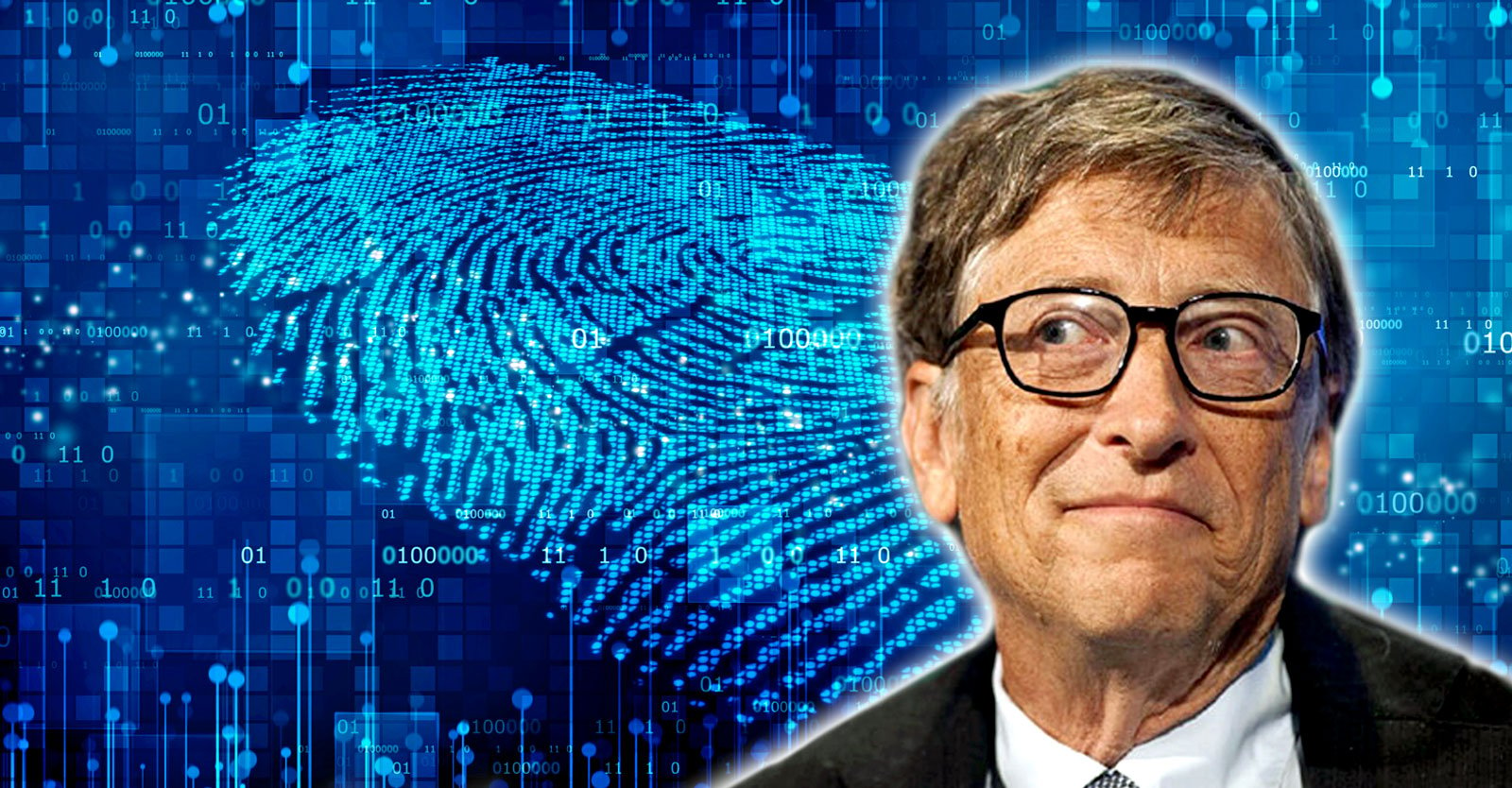 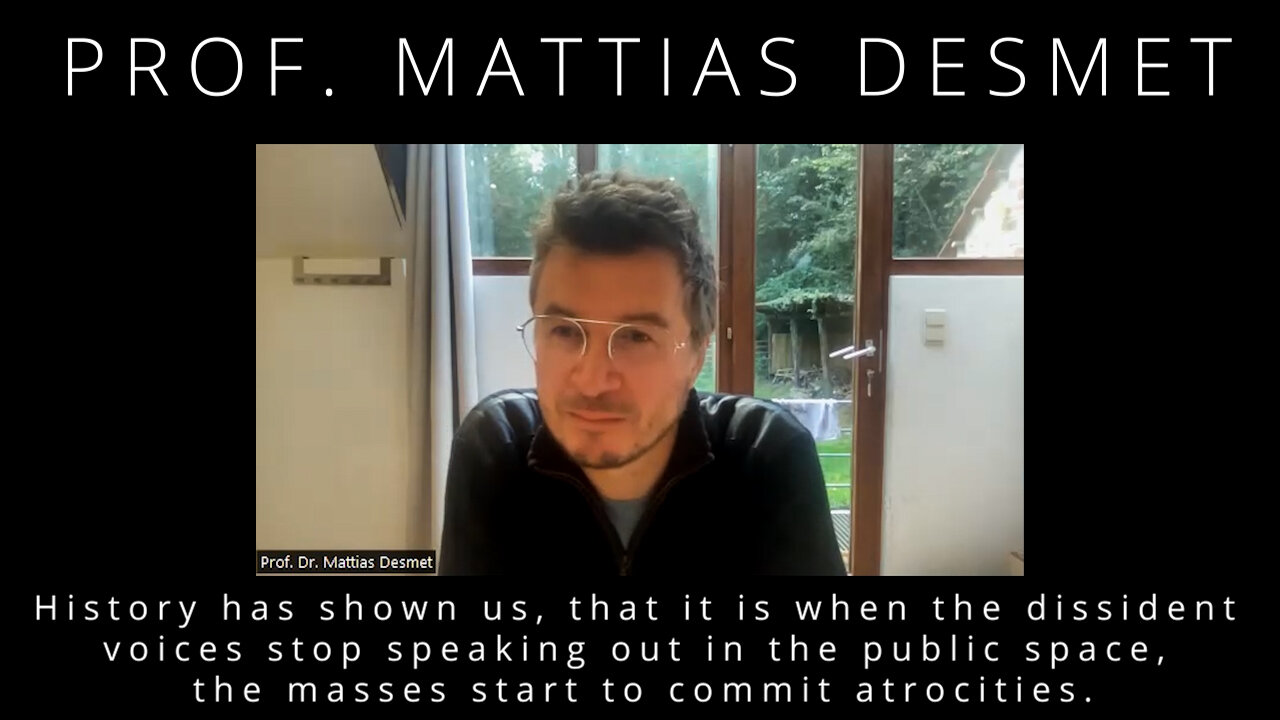 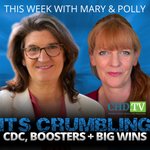 Companies and governments have plans to launch approximately 50,000 satellites to provide 5G and Wi-Fi services everywhere on Earth. Elon Musk’s SpaceX is leading these efforts with its planned deployment of 42,000 Starlink satellites and its goal of establishing a global network.

To provide service, SpaceX states that it requires an infrastructure of one million on-the-ground antennas to connect its satellites with the ground user. In March 2020, the Federal Communications Commission (FCC) approved SpaceX’s ground antenna application. The almost 400 satellites launched to date are approaching the threshold number at which SpaceX says it can begin supplying 5G coverage from space. This year, SpaceX plans to accelerate its satellite launches to an average of 120 per month (60 every two weeks).

These low-orbit satellites not only already contaminate our night skies and interfere with astronomy but also promise to flood Earth with powerful, focused electromagnetic beams that emit radiofrequency (RF) and microwave radiation proven to adversely affect the health of humans, animals and plants. The satellites also may have an impact on Earth’s natural electromagnetic field—essential to all life on our planet—yet no national or international agency has taken action to evaluate, reduce, prevent or publicize the environmental impact of the satellites’ emissions. Meanwhile, significant effects are already occurring.

The FCC has never assessed the impact of radiation emissions from 50,000 satellites or any other existing and potential adverse environmental effects.

Satellite companies must submit applications to the FCC because satellites use radiofrequencies that are under the agency’s purview. Just like other federal agencies, the FCC is subject to National Environmental Policy Act (NEPA) requirements, established in 1970, to develop rules enabling it to evaluate the environmental effects of its actions. To meet its procedural responsibilities under NEPA as well as stipulations of the 1996 Telecommunications Act, the FCC, in 1996, adopted non-mandatory exposure standards for wireless radiation. These standards are highly flawed because they only acknowledge thermal but not non-thermal harms and ignore the established harms of pulsed and modulated signals. Moreover, there are no penalties for exceeding the standards.

The FCC has never assessed the impact of radiation emissions from 50,000 satellites or any other existing and potential adverse environmental effects. The likely reason is that the FCC interprets its obligations as only requiring assessment of terrestrial activities and devices due to legal language specifying that it focus on structures defined as a “pole, tower, base station, or other building”—with no explicit mention of satellites.

As a result, the FCC has felt free to approve (without any environmental assessment) close to 12,000 SpaceX satellites so far, and SpaceX has filed paperwork with the FCC for another 30,000. Of the 12,000, the company initially proposed placing 4,425 into low-Earth-orbit (between 715 and 823 miles above the planet’s surface) but later amended its application to put about a third of those in a lower 342-mile orbit. The remaining 7,500-plus satellites have permission to go into “very low” Earth orbit—that is, altitudes barely more than 200 miles above the Earth. According to SpaceX, these ultra-low-orbit satellites are necessary to reduce latency and increase transmission speeds in congested cities, while also enabling the company to extend Wi-Fi coverage globally.

As if radiation from tens of thousands of satellites were not concerning enough, the FCC’s blanket license for up to a million ground transmitters allows SpaceX Services (a SpaceX subsidiary) to install terminals that will use “advanced beamforming and steerable antenna technology” to wirelessly connect end-users (human and machine) on the ground with the orbiting satellites. These “consumer-facing device[s]” could place radiation-emitting terminals directly in homes. Elon Musk summarizes the two-step installation of the ground antenna as “point at sky [and] plug in.”

The Starlink satellite constellations operate in the portion of the microwave frequencies spectrum called the “ku-band” (11-17 GHz); the ground stations would transmit at 14-14.5 GHz while receiving signals from the satellites at 10.7-12.7 GHz. This is vastly different from current LTE networks, which operate from 700 MHz to around 6 GHz.

SpaceX may be the dominant player, but it is far from the only U.S. company with plans to slather “every inch of the world” with emissions from low-orbit 5G satellites. Amazon—angling for a potential four billion new customers—plans to launch a total of 3,236 satellites and promises to start delivering Internet services as soon as a fifth of them are in place. Facebook is also planning for thousands of satellites. Finally, the Google subsidiary Loon has begun targeting “unserved and underserved communities” in Latin America for LTE service provided by its network of stratospheric balloons traveling on “the edge of space.”

One of the major non-U.S. players taking part in the “satellite Internet gold rush” is the UK-based company OneWeb (backed by SoftBank Group Corp.), which launched an initial batch of six 5G satellites in February 2019, followed by another 34 satellites in February 2020. At the time of the February launch, OneWeb announced its intention to keep up launches of 30 to 36 satellites every month, with “full commercial global services” by 2021, well before OneWeb’s eventual total of 5,260 satellites. However, a March 19 Bloomberg report stated that OneWeb may file for bankruptcy “as it grapples with high costs and stiff competition.”

In Canada, officials from Telesat affirm that their low-Earth-orbit satellite deployments “could ultimately scale to 512 spacecraft.” China and Russia likewise have plans for multiple launches.

…damage goes well beyond the human race, with growing evidence of harmful effects to both plants and animals.

The harmful impacts of non-thermal levels of RF- and microwave-based wireless technology (from 2G on up) are neither “potential” nor “hypothetical.” Thousands of peer-reviewed scientific studies have proven that epidemic-level harms are already occurring, harms that the fast-multiplying 5G infrastructure will further aggravate.

Some argue that the energy emissions reaching the ground from 5G satellites are less intense than the emissions from ground-based transmitter antennas, but this argument ignores the fact that the satellites irradiate all areas of Earth, including areas not reached by other transmitters, leaving no place untouched by harmful manmade radiation. Moreover, the on-the-ground transmitters that 5G satellites require to connect satellites with end-users—one million for SpaceX alone—will result in massively increased intensities of RF/microwave radiation.

In 2018, more than 200 scientists and doctors cited the large body of scientific evidence of harm when they submitted the 5G Appeal to the United Nations, calling for a moratorium on 5G. In the Appeal, these experts wrote that radiofrequency electromagnetic fields have not only been “proven to be harmful for humans and the environment” but that “[d]amage goes well beyond the human race,” with “growing evidence of harmful effects to both plants and animals.” In discussing the “serious hazard to public health” that 5G infrastructure on- and off-planet represents, the Appeal’s authors argued that “Inaction is a cost to society and is not an option anymore.”

In addition to the 5G Appeal, an International Appeal to Stop 5G on Earth and in Space is warning about the potential of the satellites to interfere with the global electric circuit. As of March 29, 2020, the Appeal had garnered signatures from 212,661 people from 208 nations and territories worldwide. It warns that if tens of thousands of satellites make it into low-Earth and very-low-Earth orbit, they will emit extremely powerful, pulsating beams of artificial RF and microwave radiation into the Earth’s ionosphere. The ionosphere—a natural source of high voltage always charged to an average of 300,000 volts—controls the global electrical circuit (constant for three billion years) that connects and vitalizes every living thing, whether bird, animal, tree or human. All life depends on this electromagnetic circuit for survival, yet in one fell swoop, 5G satellites have the potential to alter it “beyond our ability to adapt” [emphasis added].

… the light pollution produced by mega-constellations of satellites poses an existential threat to astronomy, potentially ending ground-based astronomy as we know it.

Devastating harms to our night sky and astronomy

Elon Musk’s Starlink satellites are already causing harm. As reported by Forbes and both professional and amateur astronomers, the light pollution produced by mega-constellations of satellites “pose[s] an existential threat to astronomy,” potentially ending “ground-based astronomy as we know it.” Musk misleadingly asserts that the Starlink satellites will have “no material effect on discoveries in astronomy,” despite the fact that the large and highly reflective Starlink satellites already in orbit are leaving a damaging light trail. The abnormal emissions of satellite-reflected light also do more than ruin astronomy; they interfere with the ability of migratory birds, seals, moths, frogs and other creatures to orient themselves and navigate at night using the starry sky.

If SpaceX’s plans materialize, the number of its satellites will far outnumber the approximately 9,000 stars visible to the naked eye. As of late 2019, the first 122 Starlink satellites were already brighter than the majority of the 9,000 stars, with only 172 stars shining brighter than Musk’s satellites. On January 10, 2020, concerned astronomers launched their own international appeal to “safeguard the astronomical sky,” requesting that Starlink launches be put on hold and asking governments to abide by existing treaties addressing environmental risks, including the 1967 Outer Space Treaty and the 2018 United Nations Guidelines for the Long-term Sustainability of Outer Space Activities. To date, over 1,890 professional astronomers from 48 countries have signed the appeal. Although Musk and SpaceX claim they will work on reducing the satellites’ reflective power and will “tweak” satellite orientation for astronomical experiments, SpaceX should not be allowed to keep launching satellites before it has addressed these serious issues and problems.

Funding our own nightmare

The Los Angeles Times has noted that Elon Musk has built his “empire” with billions in U.S. government—that is, taxpayer—subsidies. In 2017, reporters critically noted that “Like a reverse Robin Hood, Musk isn’t robbing from the rich and giving to the poor: He’s robbing from the working class and keeping it for himself.” Now, Musk is seeking an additional $16 billion in government subsidies for SpaceX. We all hope he will not get it, as Musk’s science-fiction dreams are fast becoming our nightmare reality. 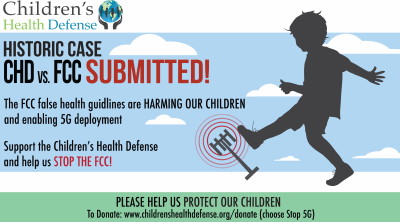 We need your help to raise $100,000 to fund this effort. We hope that you will support this rare chance to take action against the FCC. Any donation would be helpful.

The post What You Should Know About 5G Satellites—How Musk’s Sci-Fi Dreams Are Becoming Our Living Nightmare appeared first on Children's Health Defense.