Absolutely. That’s a classic journalism law question. Those of us who studied had to go thru all those scenarios. Homicide doesn’t necessarily = murder but could be. Manslaughter doesn’t = murder. 3d degree manslaughter is different than 1st. Negligent homicide not = murder.

@SharylAttkisson Do you make this same argument for people charged with manslaughter, that gets called a “murderer”.

Regardless of how objective you thought the question was, you kinda showed your true colors here. 👀

Look, you CAN dunk on Trump for doing this less than 24 hours after Susan Wright lost. But she did not lose a primary. It was a runoff that Democrats could vote in.
https://twitter.com/kathrynw5/status/1420501817566408712

The vacancy stemmed from the February death of Rep. Ron Wright, whose widow Susan was endorsed by Trump but who has lagged in fundraising and campaign...

A German official has declared that unvaccinated citizens will have fewer "freedoms" under the new push by the government. This follows calls to make life difficult for the unvaccinated in his country. https://jonathanturley.org/2021/07/13/it-needs-to-be-hard-for-people-to-remain-unvaccinated-making-the-case-for-covid-challenges/ Germany's justice minister has stressed her opposition to compulsory vaccination and restrictions for those refusing the jab. Angela Merkel's chief ai... 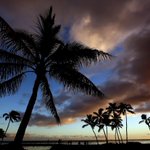 Ford has created a fragrance designed to smell like gasoline https://trib.al/HeHgE7p 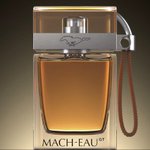 Whatever Happened to the Unmaskings Probe?

Every day brings new stories about Russian interference in the 2016 election, whether Donald Trump played a role, and alleged abuses by our intelligence agencies. One of the deepest, darkest, most important issues in the whole mess has to do with the massive number of “unmaskings” of U.S. citizens. It potentially opens a can of worms squirmier than many other issues. To understand, it helps to begin with the aftermath of the 9/11 terrorist attacks, when U.S. intel agencies sought to expand their surveillance authority — for what seemed like all the right reasons. (For context, a week before 9/11, Robert Mueller had become FBI director; a month earlier, James Clapper had been named head of the agency that supplies image intel to the CIA, and John Brennan recently had become CIA deputy executive director.)

Continue reading at The Hill link below:

POLL: Most Americans oppose forced Covid-19 vaccinations, masks for kids; but most Democrats support the mandates

Whatever Happened to the Unmaskings Probe?