I take no pleasure in observing that this sounds a lot like vindication of much of what I have been saying. And by the way, Reuters, the SARS-CoV-2 Spike protein is a toxin...

If every ONE must get vaxxed to get every ONE immune, AND

If there's a real likelihood that some vaxxed will not become immune,
AND

If there's a way to test the vaxxed for immunity,
THEN

WHY would @US_FDA deliberately blocked this testing?

"74% of them were fully immunized" 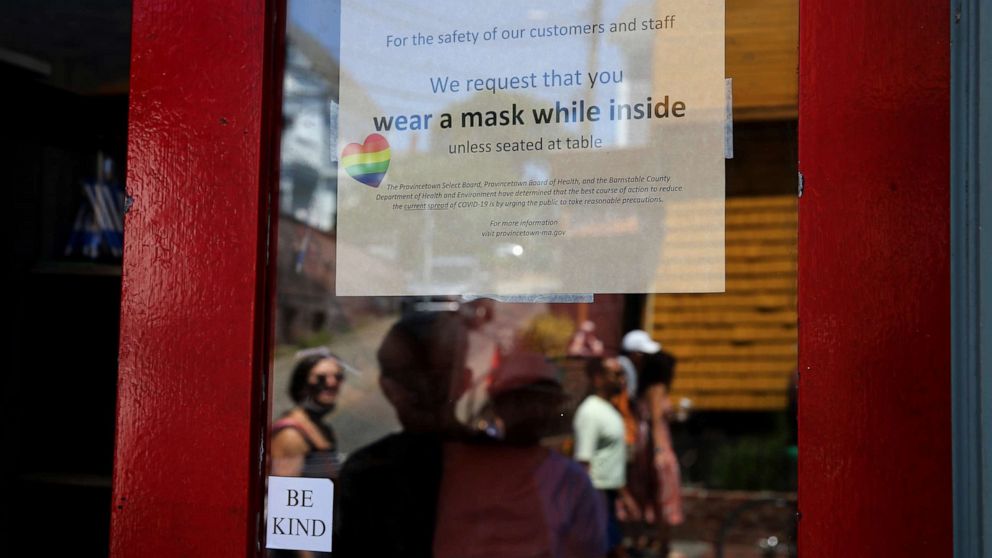 The CDC's mask decision followed stunning findings from a Cape Cod beach outbreak. The viral load of vaccinated beachgoers changed what we know about ...

The Gaeta Institute announces The Cardio Course. I give a lecture on myocarditis falling covid-19 and covid-19 vaccinations.

Who and What Killed Christina Tarsell? #notOneMore

IMAGINE you want the very best for your only child, your daughter. You want her to thrive, finish college, start a family. You’re looking forward to seeing her become a mom and learn the things you hoped you have taught her.

You’re told that there is a simple, safe and effective vaccine that that vaccine can “prevent cervical cancer”. So, as her parent, you want to protect her from any possible harm from exposure to the HPV virus. You are told that vaccine is safe and effective. You are told there are virtually no risks. Together, you decide yes, this is straightforward, and why not? Who doesn’t want to protect their child from cancer?

Your lively and bright daughter is given the vaccine, and she is told she is ‘protected from HPV’.

What you don’t know, because you are not told, is:

(1) The vaccine is experimental, and she is being enrolled (without consent) in a post-marketing long-term safety trial;

(2) You don’t know that the HPV vaccine cannot protect anyone from “HPV”, because other, rarer types are circulating, and your daughter is still at risk of contracting “HPV”, just at lower risk of contracting the 4 types (or now, 9 types) targeted by the vaccine.

(3) You also don’t know that during the clinical trials conducted on the HPV vaccine, any new serious medical conditions that were determined by the vaccine developer to not be due to the vaccine were filed into “New Medical Files”, and not included in the analysis of rates of adverse events (even though the purpose of the study was to find any new adverse events).

(4) Worst of all, what you don’t know is that the vaccine has never been demonstrated to protect against HPV-related cancer, or to reduce cancer rates. The vaccine has been shown to reduce abnormal cervical lesions (CIN) rates due to vaccine-targeted types, but it will take years to decades to determine if the rarer, non-vaccine targeted types lead to an INCREASE in cancer rates.

Your daughter has a very serious reaction: she develops an arrhythmia, a serious heart condition, for the first time ever, and dies.

This scenario is similar to what happened to Christina Tarsell, whose mom Emily led the fight for 8 years in the adversarial National Vaccine Compensation Program.

The website “Gardisil and Unexplained Deaths” contains more specific information, and links to the rulings.

While Christina’s death finally has a semblance of justice, the fight for truth continues for the rest of American citizens struggling with the question of whether to give their children HPV vaccination.

State after state has rejected mandatory HPV vaccination for 11- and 12-year olds. Japan no longer recommends the vaccine for their population – at all. There is insufficient study on the safety of vaccine for boys, who appear to be at higher risk of serious adverse events.

It’s not just Emily and her family who lost Christina. Our society was denied Christina, just as we were denied Colton Barrett. Both of their deaths were unjustifiable – and preventable.

With the President of the Michigan Chapter of the AAP testifying under oath that she is not an expert in vaccines, and she relies on the CDC website for her information, trust in the medical community to be forthright about vaccine risk is at an all-time low. CDC is under fire for fraud conducted during the studies on the vaccine/autism link.

Merck, the manufacturer of Gardasil, is currently in court over charges that they fudged the data on how well the mumps portion of their Measles, Mumps and Rubella (MMR) vaccine works. The two whistleblowers allege that they were told to spike human samples with rabbit antibodies to make the vaccine appear to be >90% efficacious against the vaccine-targeted mumps type, while in reality they allege it to be only 18% effective.

Doctors who know that vaccines are injuring and killing some patients who participate in vaccine risk denialism out of fear of loss of their jobs, or being sanctioned by the AAP, the AMA, or their practice, are cowards, and need to step up and speak their conscience.

If you’re an MD who lives in fear, there is a safe organization where you can learn how to navigate the water safely. Join Physicians for Informed Consent.

To help Emily and her family create a legacy in Christina’s name, send a donation to the

But the very BEST think you can do is to join an increasing number of MDs willing to speak out against the HPV vaccine. Clearly some patients are at higher risk than others – but there are no safeguards. The rates of autoimmune disorders and “-algia’s” are skyrocketing. What you do not know, MD’s, is that researchers routinely induce autoimmune disorders in animals using injected forms of aluminum. Why? To find treatments that will reverse the autoimmunity.

Vaccine risk denialism has come at a massive cost to society, and immeasurable cost to families like Christina’s family. To say that there is insufficient honesty in the practice of immunization on risk is an understatement. There are no biomarkers – yet – that indicate who is at highest risk. There are not systematic programs focused on post-vaccination injury treatment to prevent progression and death.

To any cruel and sick individual who would try to deny that Chris’ death was caused by the HPV vaccine, note that the government lost at trial, based on the evidence, it conceded that Chris’s family met the burden of proof that Gardasil caused her death.

You can listen to Emily tell Christina’s full story to the Vaxxed Team.

Is Pineapple Enzyme Bromelain a Remedy for COVID-19 Vaccine Injuries?

The Covaids Plandemic: Will You Be Leaving Quietly?

Things That Keep Dr. Fraudci Up At Night: It’s Complicated!

Government-Approved Apartheid, Mindless Zombies, and Another One Bites The Dust

Who and What Killed Christina Tarsell? #notOneMore