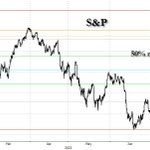 Armed attacks by militants, distrust of western medicine and a growing funding gap has been crippling the response to the ongoing Ebola outbreak in northeastern Democratic Republic of Congo, according to the World Health Organization (WHO), which warned that the situation risks spiraling out of control.

Seriously complicating matters have been conflict between local militants in the region – who, in addition to longstanding disputes – have been targeting healthcare workers and burial teams.

This month alone has brought setbacks such as a violent assault on a burial team in the town of Katwa and a gunfight between at least 50 armed militia and security forces in the city of Butembo, WHO reported. Mourners also buried Richard Valery Mouzoko Kiboung, a 41-year-old Cameroonian doctor killed April 19 while working for WHO and meeting with other front-line workers at Butembo University Hospital. –VOA News

“On Thursday, a VOA correspondent in Butembo spotted copies of a letter – anchored with pebbles on streets and posted on buildings in that city and other North Kivu communities. Handwritten in Swahili and attributed to Mai-Mai fighters, the letter warned police, soldiers and the general public against showing any support for Ebola responders or treatment centers,” added VOA.

“Even Ebola treatment centers are targeted by the assailants. We’re afraid. Ebola is killing so many people. We’re still expecting that the government would be able to protect us,” said Anderson Djumah, whose 10-year-old son is being treated for Ebola at Butembo general hospital. “… [But] some people who are sick with Ebola are fleeing to other places for their lives and are meanwhile spreading the sickness.”

The violence and threats have left response teams “unable to perform robust surveillance nor deliver much needed treatment and immunizations,” according to the WHO, which warned that “without commitment from all groups to cease these attacks, it is unlikely that this EVD [Ebola virus disease] outbreak can remain successfully contained in North Kivu and Ituri provinces.“

The health organization suggested that EVD could spread to other parts of the DRC, as well as cross borders into neighboring Rwanda, Uganda and South Sudan.

As VOA notes, the violence has been sending people into hiding, disrupting response operations – including vaccination and safe burials, which gives “time and space to the virus to spread within the community and make more victims,” according to DRC health ministry spokeswoman, Jessica Ilunga.

“Every time we have a security incident, the number of cases and deaths obviously increases,” she added.

Many of the victims have died at home, potentially exposing others to the disease and leaving gaps in how — and to whom — the virus may have been transmitted.

“You don’t know who those contacts are,” said epidemiologist Jennifer Nuzzo, an epidemiologist and principal investigator for the Outbreak Observatory, a project of the Johns Hopkins Center for Health Security. “… Chances are you can’t offer them vaccines or treatment.”

Funding for the Ebola response has fallen far short of need, WHO spokesman Tarik Jasarevic said in an email to VOA Wednesday. As of May 2, WHO had received $32.5 million of the $87 million it estimated needing for six months ending in July.

“If the funds are not received,” Jasarevic wrote, “WHO will be unable to sustain the response at the current scale.” –VOA News

As the 10th reported outbreak rages since the virus’ 1976 discovery near the Ebola River, residents have been highly distrustful of the government, and have been broadly accepting of misinformation about Ebola, according to the report.

Just one-third of 996 respondents surveyed in North Kivu’s Beni and Butembo last fall said they had confidence that local authorities were acting in the best interests of the public, while 25% indicated they don’t believe Ebola exists.

That mistrust can be weaponized, as Medecins Sans Frontieres/Doctors Without Borders experienced. Two of the international aid group’s Ebola treatment centers, in Katwa and Butembo, were attacked in February. MSF suspended services there, saying its ability to respond in the outbreak’s epicenter had been “crippled.”

Anne-Marie Pegg, MSF’s clinical lead for epidemic response, said some Congolese look critically at the disparity between local clinics, which, if they exist, might lack basics such as running water and electricity, and the better-equipped Ebola treatment centers set up by international aid groups. –VOA News

“Very little investment has gone into the existing health structures and the existing health system, and people notice this” said Anne-Marie Pegg, adding that in “numerous interactions” she has heard complaints that international groups are involved “‘only because we [locals] are contagious and we’re a threat to you.’”

“It’s not surprising that something like Ebola can be manipulated for any variety of reasons,” said Pegg. “… Absolutely, there are interest groups from all sides that are trying to use this.”

A WHO advisory group this week recommended that one approved vaccine be distributed in smaller doses over a wider area, and that an experimental vaccine developed by Johnson & Johnson also be made available. Over 100,000 doses of the Merck vaccine have been distributed since august, however supplies are now running low.

Dosing would be reduced by half, from the current 1 milliliter for the primary and secondary “ring vaccination,” which is advised for anyone in contact with an infected person.